Drew Sidora Accuses RHOA Cast of Being “Disrespectful” About Her Husband Ralph Pittman Jr’s ‘Good Looks’ and Confirms They’re in Marriage Counseling as LaToya Accuses Her of “Bumping and Grinding” Bolo, Plus Live Viewing Thread 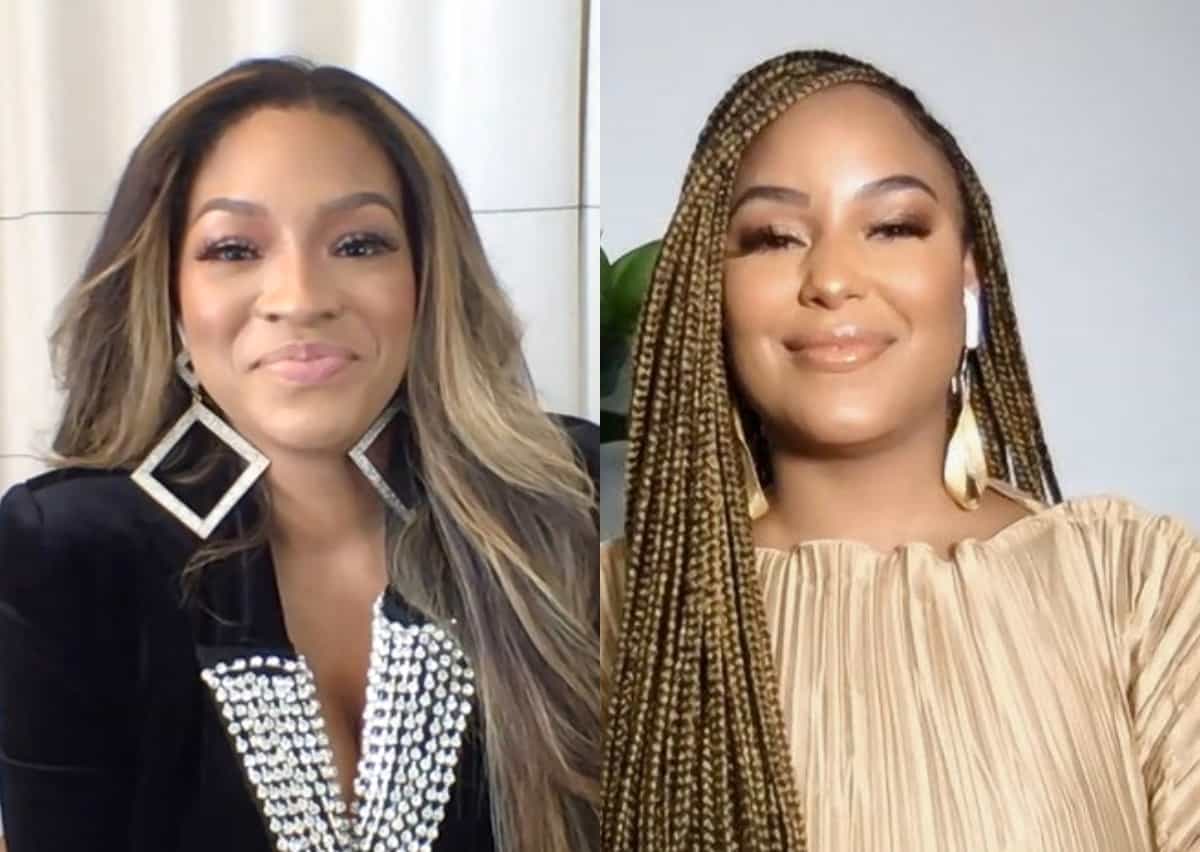 Drew Sidora‘s Real Housewives of Atlanta castmates have made a point to acknowledge “how good-looking” her husband, Ralph Pittman Jr., is, but have they gone too far?

Ahead of the latest episode of the show, which features LaToya Ali accusing her of failing to honor her marriage during the time she spent with stripper Bolo, Drew said that while she doesn’t mind her co-stars appreciating her husband’s looks, some have been “disrespectful.”

“That’s hilarious. I mean, I married him. He’s a nice thing to look at,” Drew said on The Daily Dish podcast last month. “The first time we met, no lie, our first day, he showed me a little bit of his abs and I was in love, so, I definitely as a woman, I’m like, yeah of course. You can look.”

While the RHOA cast is free to admire Ralph from a distance, Drew has found that certain women on the show have crossed a line with their comments and actions towards him.

“I do find it disheartening when you cross the line of some women in the circle that will say it and kinda cross that line and act on it,” she said. “Not mentioning names, but I feel like you can appreciate, but I feel like there’s a line where it becomes disrespectful. So, to those people that are like, he’s good looking, he’s hot, whatever. Thank you. But to those that kinda keep repeating it and in his presence giving him googly eyes, I don’t find that attractive. I find that very disrespectful.”

Throughout the 13th season of RHOA, Drew and Ralph have been seen struggling in their marriage. However, when it comes to their current status, Drew confirmed they are working to get to a better place.

“We’re in marriage counseling. We’re committed, which is something we’ve never done before. And we want to be better,” she explained.

In a sneak peek at the March 14 episode of RHOA, Drew is seen arguing with LaToya after calling her out for suggesting she was “inappropriate with the stripper.”

“You said that I don’t honor marriage. And it’s like, do you honor marriage bumping and grinding on f*cking Bolo?” LaToya wondered.

Right away, Drew gets heated and brings up LaToya’s failed marriage to ex Adam.

“That’s why your husband tryna cancel your a*s,” Drew states.

“That’s why your marriage is struggling…I filed for divorce,” LaToya replies.

But Drew doesn’t back down and insists her marriage is perfect.

“I have a perfect marriage, perfect hairline, b*tch, and three perfect children. LaToya Forever? No, LaToya, never, never, ever,” Drew yells. “Don’t ever say my name in regards to things that you don’t know for a fact.”

Real Housewives of Atlanta Live Viewing – This is also the live viewing thread for tonight’s new episode of season 13, which airs at 8/7c on Bravo at 8/7c. Feel free to share your comments in our chat below.