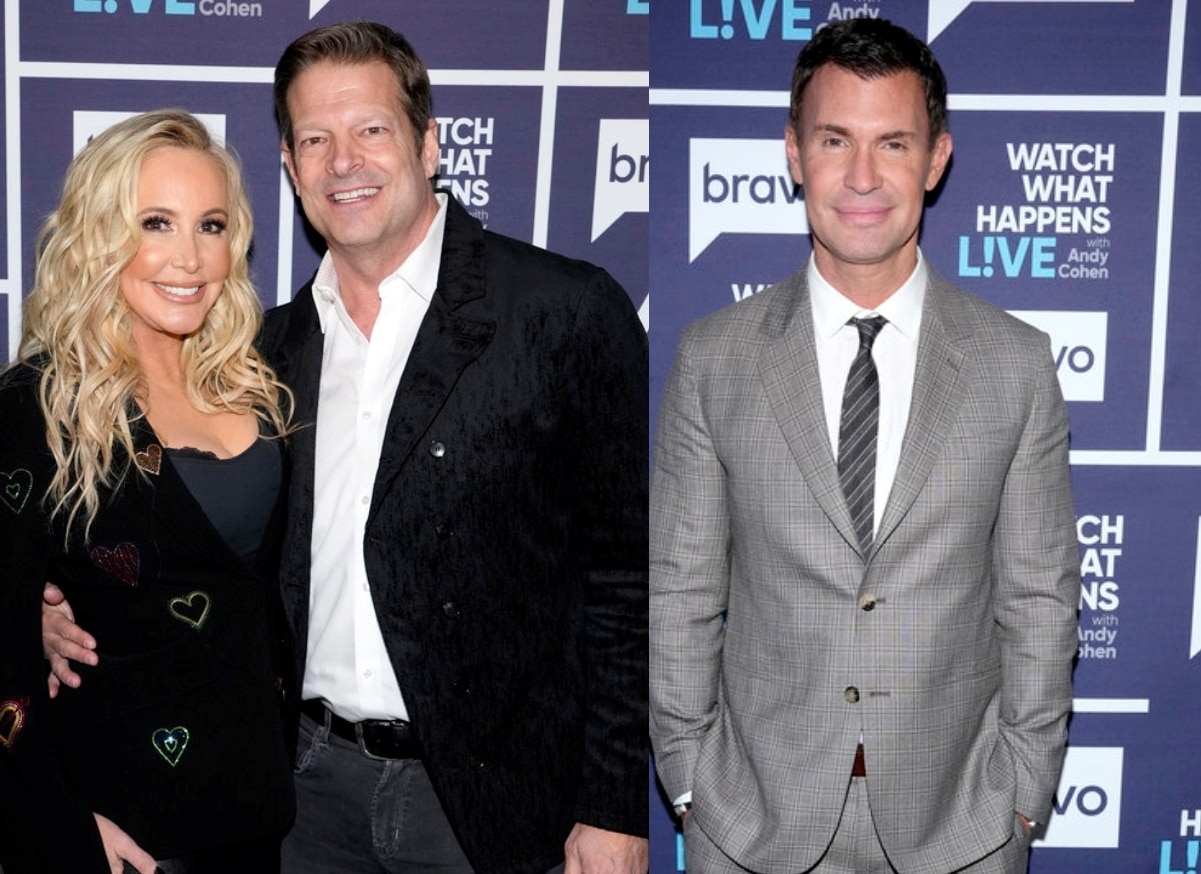 Shannon Beador isn’t happy with Jeff Lewis after seeing that he told Andy Cohen she and boyfriend John Janssen won’t last during an appearance on Watch What Happens Live weeks ago.

While speaking out about the claims on a recent episode of his radio show, the former Flipping Out cast member said that after suggesting the Real Housewives of Orange County star’s romance wouldn’t be long-lasting during a game of “The Truth Squirts,” he received a series of angry text messages from his friend, who recently celebrated her three-year anniversary with John.

“Once in a while we say things that are maybe misinterpreted or misconstrued and last night when I was on ‘Watch What Happens Live,’ [I] something happened that it’s actually, well, it was a strange question to ask me in the first place and it was very out of left field,” he said on SiriusXM’s Jeff Lewis Live, via Heavy. “I’m good friends with Shannon Beador and they just asked me, ‘Do you see Shannon Beador and John Janssen going the distance?’”

“I answered no, but I have to tell you, I think they have a nice relationship. Do I know how long it’s gonna last? It could be five years, five months, I have no idea, but I just feel like not everyone is gonna stay together long-term,” he explained.

According to Jeff, people are now asking him what he knows about Shannon’s relationship with John. But as he confirmed, he doesn’t know anything. Instead, he simply doesn’t think that many relationships will last.

“If someone were to ask me, if you take all my friends and ask me about their relationships. Do you see them together forever? Nine out of ten, I’m gonna say no,” he admitted.

Still, Shannon didn’t see it that way and confronted him via text.

“She’s really mad at me and she sent me some texts and I just said, ‘I’m sorry. I was put on the spot and asked to answer a question.’ I said, ‘I f-cked up. I really screwed up. I’m sorry,’” Jeff recalled.

And while he said he is regretful about his comments, he also doubled down.

“I do feel really bad though because now what’s gonna happen is people are gonna now reach out to her and be like, ‘What’s going on?’ Nothing’s going on. I was just asked. Are they gonna be together until the end of time? No,” he confirmed.

While Jeff isn’t so sure that Shannon and John will last, the couple recently passed the three-year mark, which Shannon celebrated on Instagram with a heartwarming tribute to her beau.

“Three years ago today John Janssen and I had our first date and I sang karaoke for the first time! It seems like yesterday, yet I can’t imagine life without you! Happy three years sweetheart!” she wrote.

The Real Housewives of Orange County season 17 is currently in production.