Home Flipping Out Flipping Out’s Jeff Lewis Predicts Shannon and John Will Split and Feuds With Andy Cohen Over Firing, Talks Missing Jenni After Feud, and Blowing It With Gage

Flipping Out’s Jeff Lewis Predicts Shannon and John Will Split and Feuds With Andy Cohen Over Firing, Talks Missing Jenni After Feud, and Blowing It With Gage 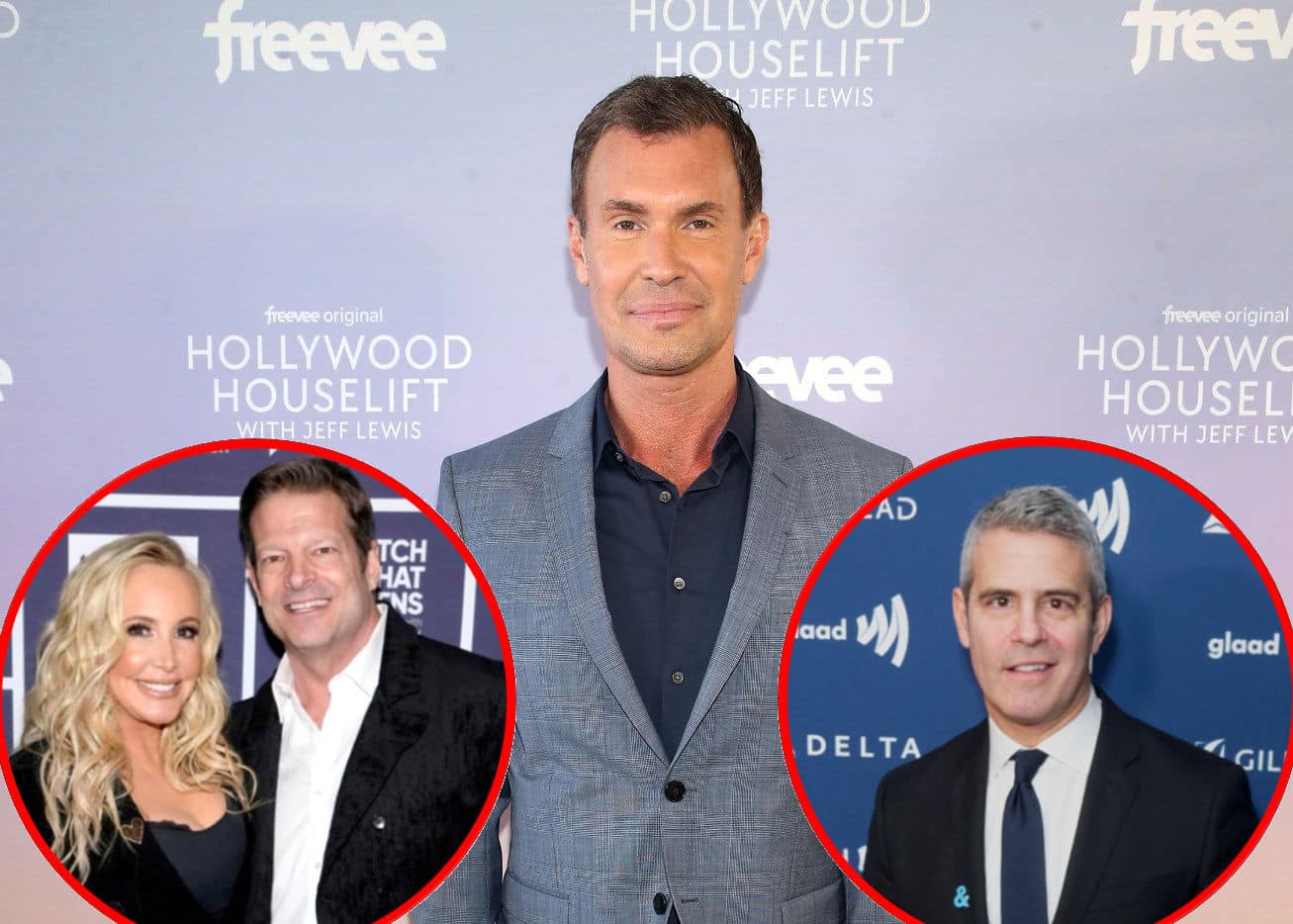 Jeff Lewis admitted to missing an aspect of his past friendship with Jenni Pulos on Tuesday’s episode of Watch What Happens Live.

In addition to offering an update on his relationship with Zoila Chavez and admitting to messing up his romance with Gage Edward, the former Flipping Out star discussed Jenni, his thoughts on Real Housewives of Orange County star Shannon Beador‘s future with John Janssen, Lea Black‘s potential return to Real Housewives of Miami, and more.

“We had a lot of fun together,” Jeff said when asked what he missed about his relationship with Jenni, later adding, “I did mess that up.”

While Jeff is no longer in touch with Jenni following the dramatic demise of their friendship amid the 11th season of Flipping Out, he’s welcomed Zoila back to his team.

When a caller questioned Jeff about his past flames, Jeff said that out of all the men he’s dated, Ryan Brown is the one who “got away,” and he admitted to screwing things up with both him and Gage, with whom he shares five-year-old daughter Monroe.

“He was a good guy and I was like, I was a mess. So I feel like I did screw that up. I messed up the Gage thing too. I messed up everything but you know what? I’m working,” he shared.

Speaking of relationships, Jeff made a surprising revelation when he was asked if he thought Shannon and John would last.

After Jeff then admitted that Jill was the “thirstiest” cast member of RHUGT: The Ex-Wives Club, saying she “would really like to be back” on Real Housewives of New York City, he said he defended her amid her dispute with Tamra Judge, which was prompted by Jill’s reveal of Tamra’s RHOC return.

“I defended Jill because there was a lot of reports that Tamra was coming back and then she announced it… I just feel like we all knew about it,” he explained. “We all heard about it. Jill talked about it and Tamra was very angry about it but yes, I actually, I don’t blame Jill. I really don’t.”

As for Lea potentially returning for a future season of RHOM, Jeff said he’d love it, although he’s not sure it’s possible.

“I keep encouraging her to do more, but what does she call them? Skanks? Trash? Dirty G-strings… She loves [Lisa Hochstein] but she doesn’t love all the other girls,” he explained.

Later, on the WWHL: After Show, Jeff and Andy Cohen were involved in a bit of a tiff after Jeff suggested it was Andy who fired him from Flipping Out.

“I didn’t fire you. Sweetie, I was not in charge of programming at Bravo at the time,” Andy insisted.

“You voted against me but whatever it doesn’t matter. I don’t care,” Jeff replied, clearly annoyed.

So Andy admitted that he did think “it was time for Flipping Out to end” and applauded Jeff’s radio success.

“You’re the biggest hit on Radio Andy,” he noted.

But Jeff wasn’t satisfied and abruptly ended the conversation, declaring that it “doesn’t matter.”