Home Real Housewives of Orange County News Emily Simpson on Wanting to Quit RHOC, What Happened With Nicole Off-Camera, Plus Updates on Heather and Shannon

Emily Simpson on Wanting to Quit RHOC, What Happened With Nicole Off-Camera, Plus Updates on Heather and Shannon 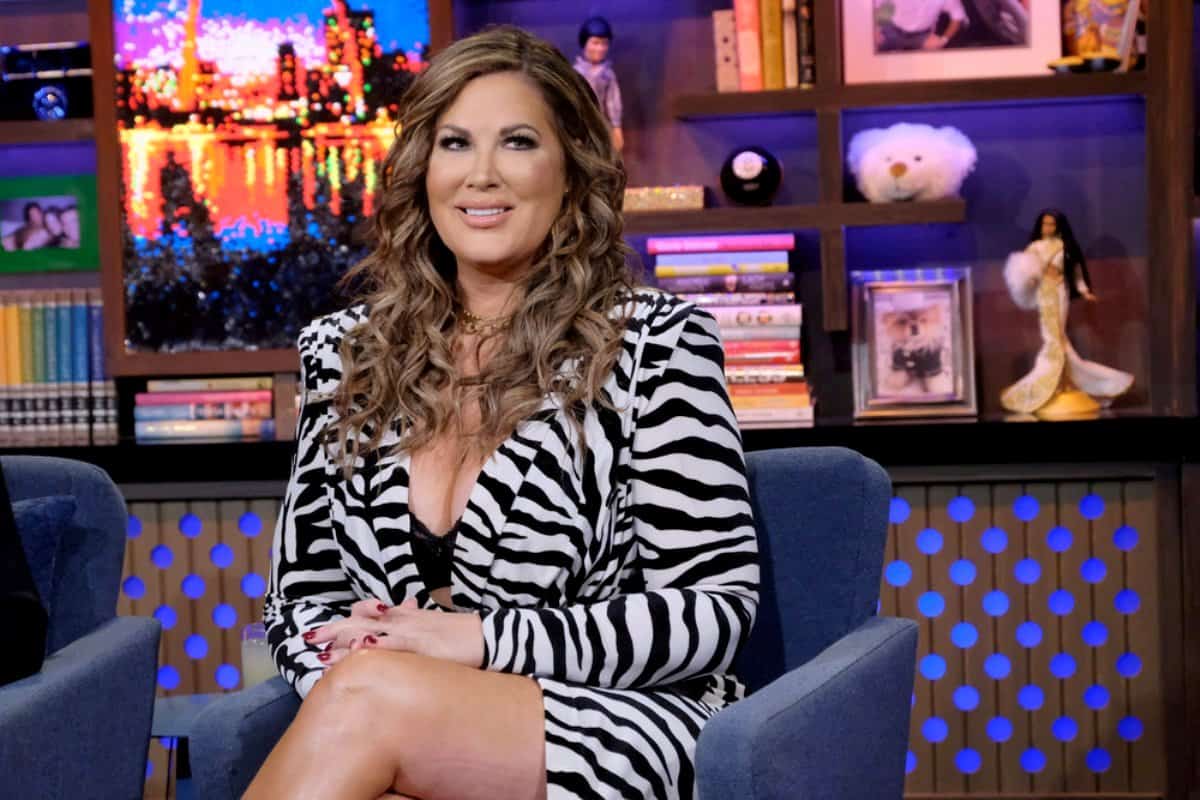 Emily Simpson has thought about leaving her role on The Real Housewives of Orange County more than once.

While speaking to Jeff Lewis on his radio show, Emily looked back at her first two seasons on the Bravo reality series, admitting that she struggled with anxiety and found it “really difficult” to handle the filming schedule, her co-stars, and the criticism of her marriage to Shane Simpson.

“My first and second seasons, I would say there were several [times], where I would cry, and I would say to [Shane], like, ‘I’m not doing this anymore. I hate it,’” Emily revealed on the August 9 episode of Jeff Lewis Live. “I was very naive when I came on the show. I knew there was drama, and I was fine with that because I can argue or stand up for myself, but I was very naive thinking that when I came on, that people actually wanted to be your friend.”

“It was a lot for me, and there were so many times where I was like, ‘Is this worth it?’” she added.

Meanwhile, Shane recalled, he did his best to settle her down.

“I’m texting producers, like, ‘Don’t worry. I’ll get her back on track. Hang in there. I got your back,’” he shared.

As RHOC fans will recall, Emily and Shane’s marriage was a hot topic for fans throughout her first couple of seasons on the show due to the fact that he often seemed a bit disinterested. However, according to Emily, Shane’s demeanor was the result of him being a bit uncomfortable with the cameras.

“He was always supportive, but he didn’t really want to be in it, and I think that came across,” she explained. “[And] when he backs off, and he’s not really engaging, then I get all the messages about how my husband isn’t in love with me, and he doesn’t want to be with me.”

But Shane clarified, “It’s not that I didn’t want to be there, but I didn’t wanna like try to take the spotlight.”

When Jeff then wanted to know what changed between Emily and Shane after their first seasons on RHOC, Shane noted that while his wife “thinks that [he] watched myself on TV and therefore [he] changed,” he disagrees.

“A huge factor was her getting her hip replacement,” she said. “[Emily] was suffering. She was in a lot of pain. We knew she was in pain, but we didn’t realize how much pain she was in… [She was hard to live with], and maybe I didn’t react properly.”

While looking back at the series’ latest season, season 16, Emily admitted that she was taken aback by Nicole James‘ sudden exit from the show. She then said she had “no idea” where she went before taking aim at her alleged diva behavior.

“I think she was just really, really difficult to work with and not for us, but for [production],” Emily explained.

As fans witnessed, Emily immediately began feuding with Nicole at the start of season 16. But what they didn’t see was that the two women actually made up before Nicole’s exit.

“I didn’t get along with Nicole, and then we resolved it, but they didn’t really show that because she was gone,” Emily revealed.

Although Emily is no longer in touch with Nicole, she confirmed she’s on good terms with Heather Dubrow and applauded her castmate for making an effort to remain in touch with her co-stars, even when they aren’t filming.

As for Shannon, Emily said she does “genuinely like” her but finds it “difficult” to be her friend.

“I never really know where I fall with her,” Emily admitted, giving a nod to the fact that Shannon has made a habit of reigniting the anger she felt during filming when the episodes air.