Did Jax Taylor, Brittany Cartwright, and Kristen Film For Vanderpump Rules at Scheana’s Wedding? Find Out If Ex-Cast Members Will Be on Season 10 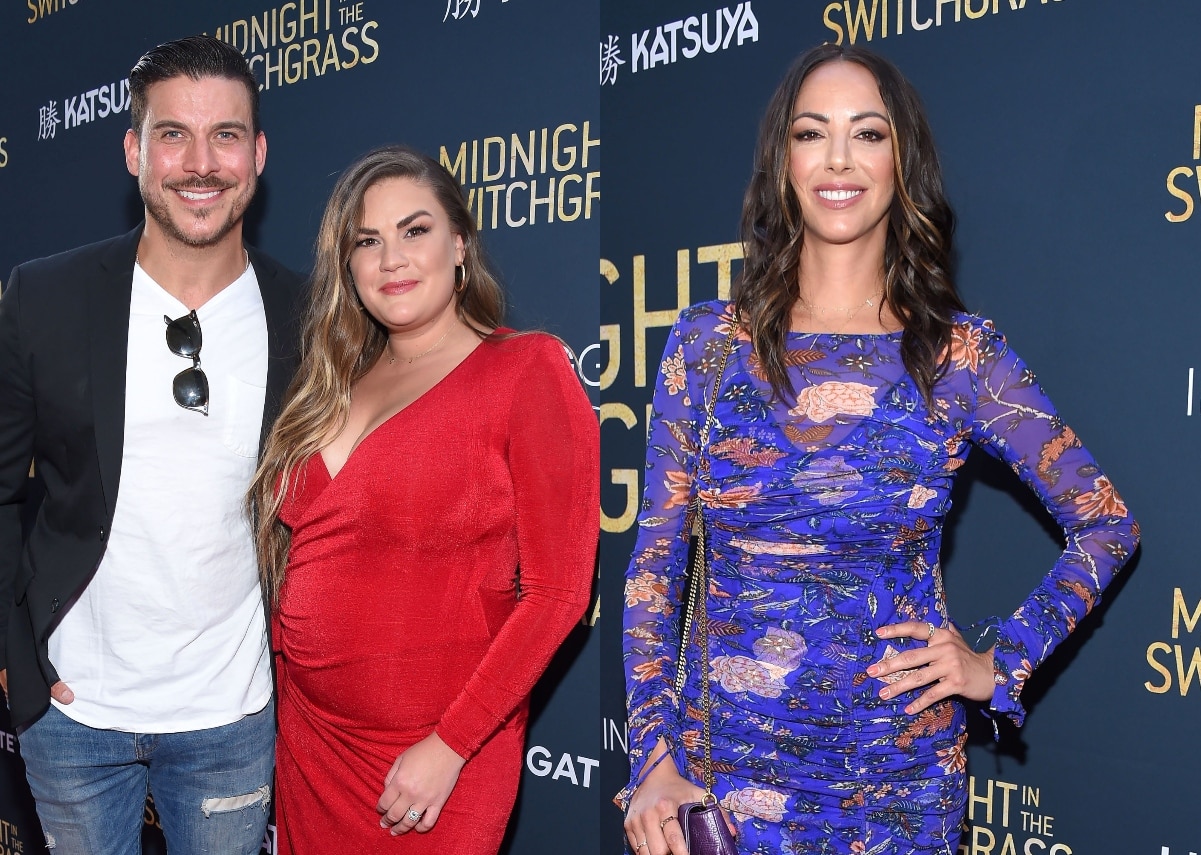 Jax Taylor, Brittany Cartwright, and Kristen Doute were in attendance when Scheana Shay and Brock Davies got married at the Dreams Natura Resort & Spa in Cancun, Mexico, on Tuesday, August 23, but will they be a part of the upcoming 10th season of Vanderpump Rules?

Days after the beachside event, an insider is revealing new details about the new episodes of the Bravo reality series, confirming whether or not the ex-cast members will be included in wedding footage taken in Mexico over the past week.

According to an August 25 report from Radar Online, Scheana and Brock’s wedding was filmed for Pump Rules, but despite their presence, Jax, Brittany, and Kristen will not be featured on season 10.

In addition to Jax, Brittany, and Kristen, a number of other familiar faces were present, including Ariana Madix and Raquel Leviss, who were bridesmaids in Scheana’s big day, Tom Sandoval and Tom Schwartz, who served as groomsmen for Brock, and Lala Kent and James Kennedy.

Katie Maloney was also in Mexico, spending time with Stassi Schroeder‘s best friend, Kristina Kelly, but she didn’t attend the nuptials. Meanwhile, Lisa Vanderpump also opted to skip the event, reportedly due to the fact that she had attended Scheana’s first wedding and felt that was “enough.”

That said, Lisa did throw a stunning pre-wedding bash for Scheana earlier this month at her Beverly Hills mansion, Villa Rosa, where the majority of the cast was seen celebrating her then-upcoming big day.

“I just wanted us to have a good time with every person who is important to us,” Scheana told PEOPLE of her wedding, adding that she and Brock were happy to “be able to get that time for a few days with all of our friends and family to celebrate us.”

And speaking specifically of their past and present castmates, Brock said, “They’re a big part of our life.”

As for Stassi, she was also absent after reportedly failing to nab an invite.