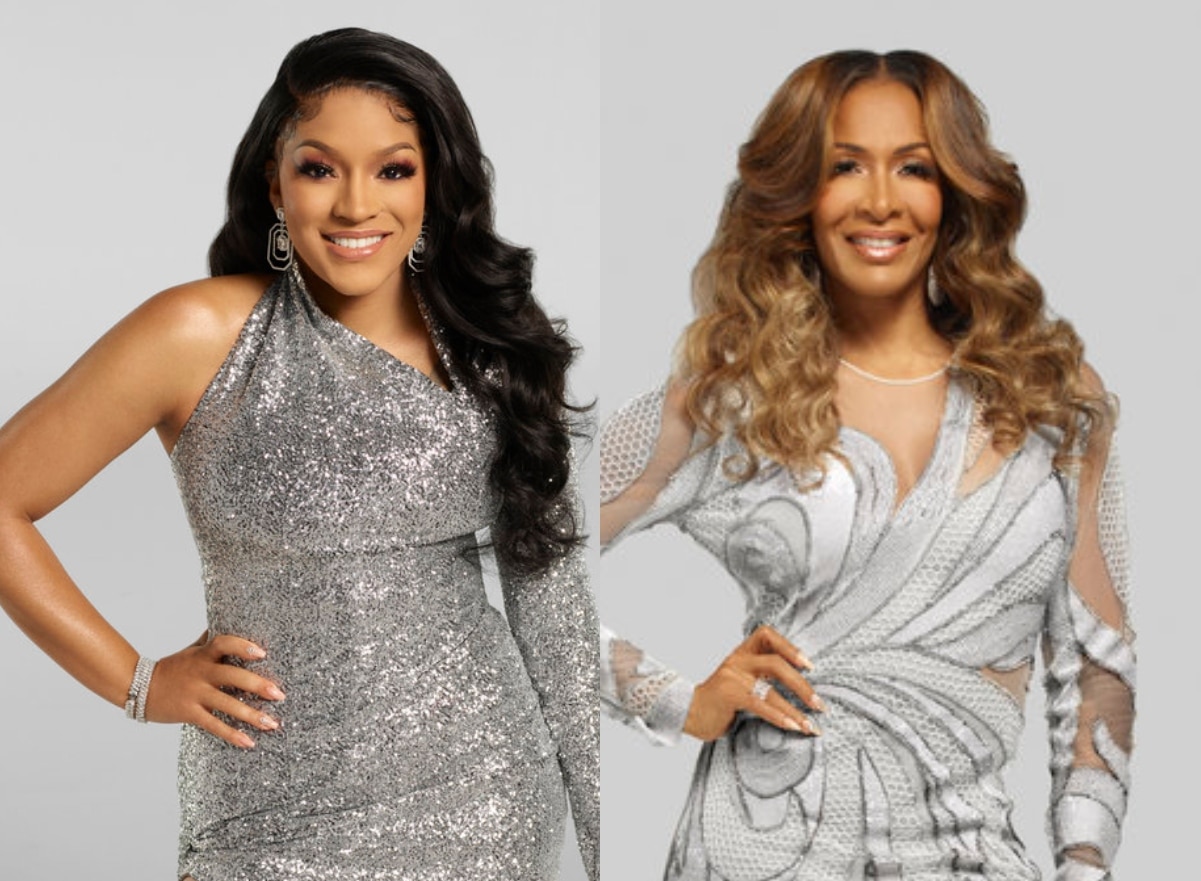 Sheree Whitfield took aim at Drew Sidora‘s marriage and husband, Ralph Pittman, Jr., on Twitter on Sunday night amid the latest episode of The Real Housewives of Atlanta, which featured Sheree preparing for her alleged “million dollar” fashion show with the help of her assistant, Rawan, and castmate Kenya Moore, and for Kenya and Marlo Hampton‘s surprise party with the help of Drew.

As the drama played out between them on-screen over their co-stars’ $2,700 birthday party, which they were supposed to split, Sheree shared a shady post about Drew’s marriage, saying her husband “humiliates” and “degrades” her among many other things.

After Drew said, “At least I have a husband,” to Sheree in a tweet of her own on August 28, Sheree clapped back by saying, “Yeah [you] do, one that humiliates [you], degrades [you], makes [you] look stupid, makes [you] look weak, [and] disappears on [you].”

“You have been really invested into my husband all season but you need to worry about your new storyline #fake Martell Holt … TV personality,” Drew replied. 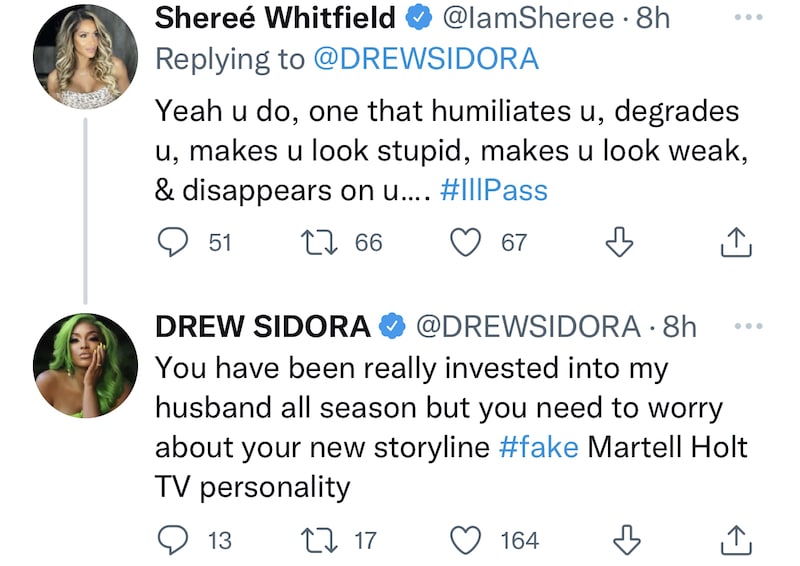 And in another tweet, Sheree addressed the speculation surrounding the cast of her She by Sheree fashion show.

“Ughhhh, I wasn’t being literal, but I have put a sh-tload of money into [She by Sheree]. Let’s be clear,” she tweeted.

But Drew wasn’t done talking about her relationship failure.

“And what about [Tyrone Gilliams] leaving you stranded in Philly?” she asked, via retweet. 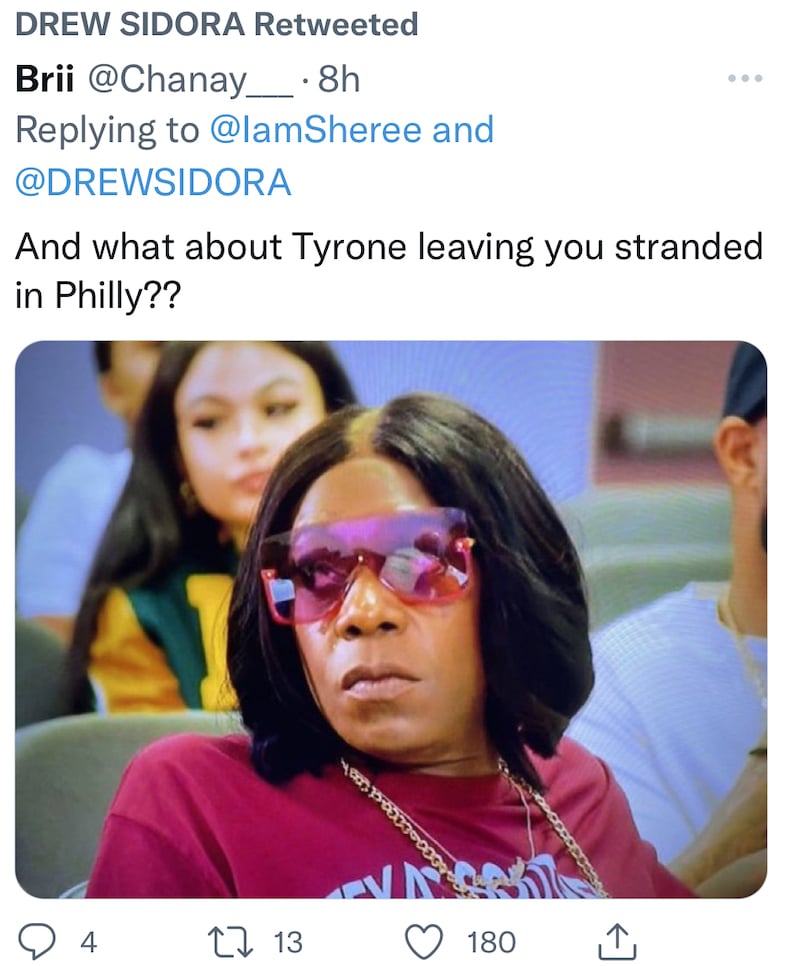 Drew also took aim at Sheree’s looks after Sheree accused her of wearing “cheap a– wigs.”

“Imma just sit this right here,” Drew wrote in the caption of a photo that included a series of screenshots of moments Sheree may prefer to forget. 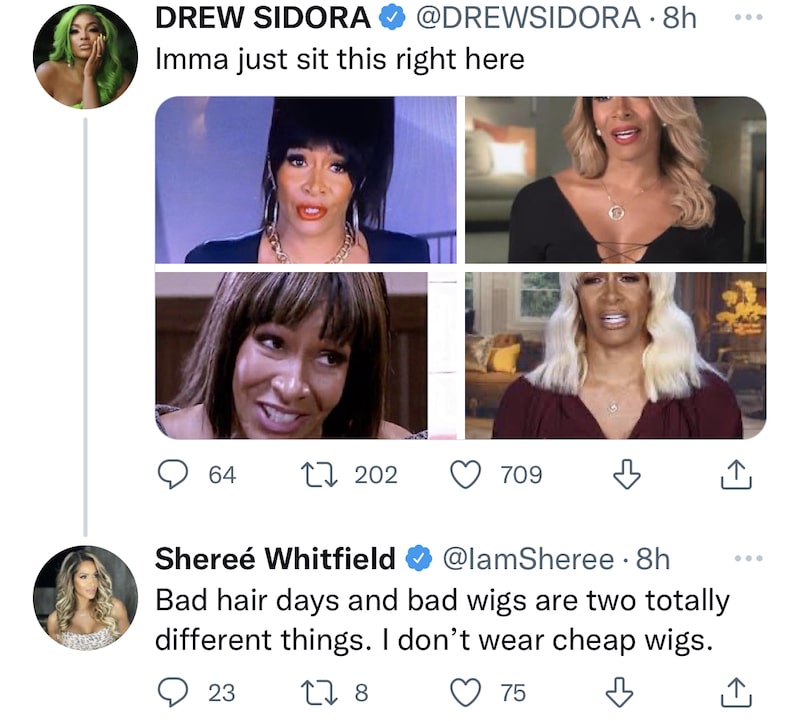 Also on Twitter, Kenya suggested Bravo hire Sheree’s assistant, Rawan, after a fan noted that their episode spat was far more entertaining than her ongoing drama with Sanya Richards-Ross.

“Rawan and her back and forth with Kenya was much more entertaining then Sanya trying to make something happen,” the fan had written.

“[Give] Rawan a peach! She’s beautiful and funny,” Kenya stated. 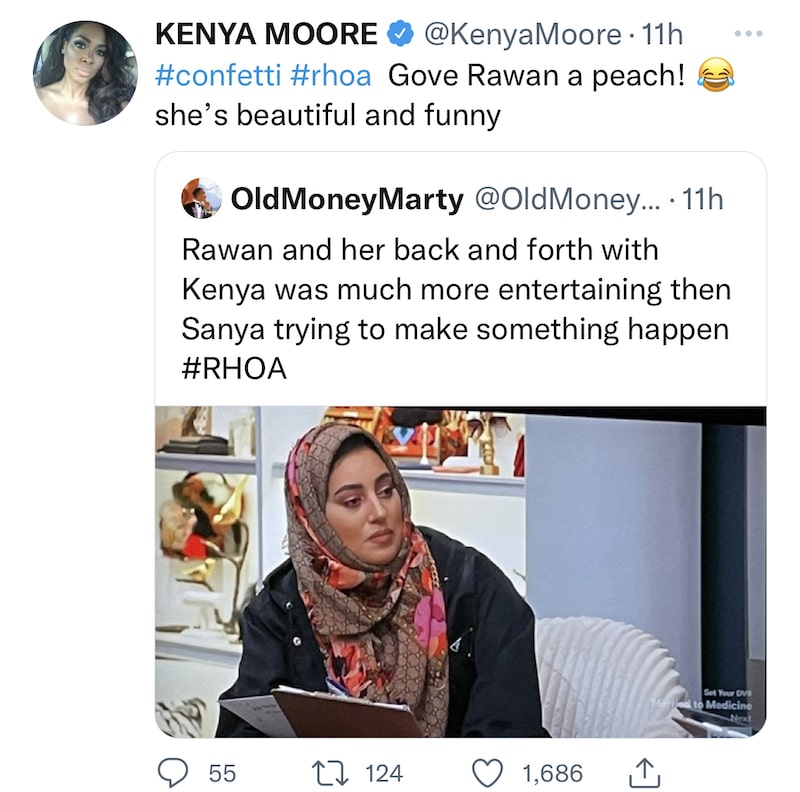