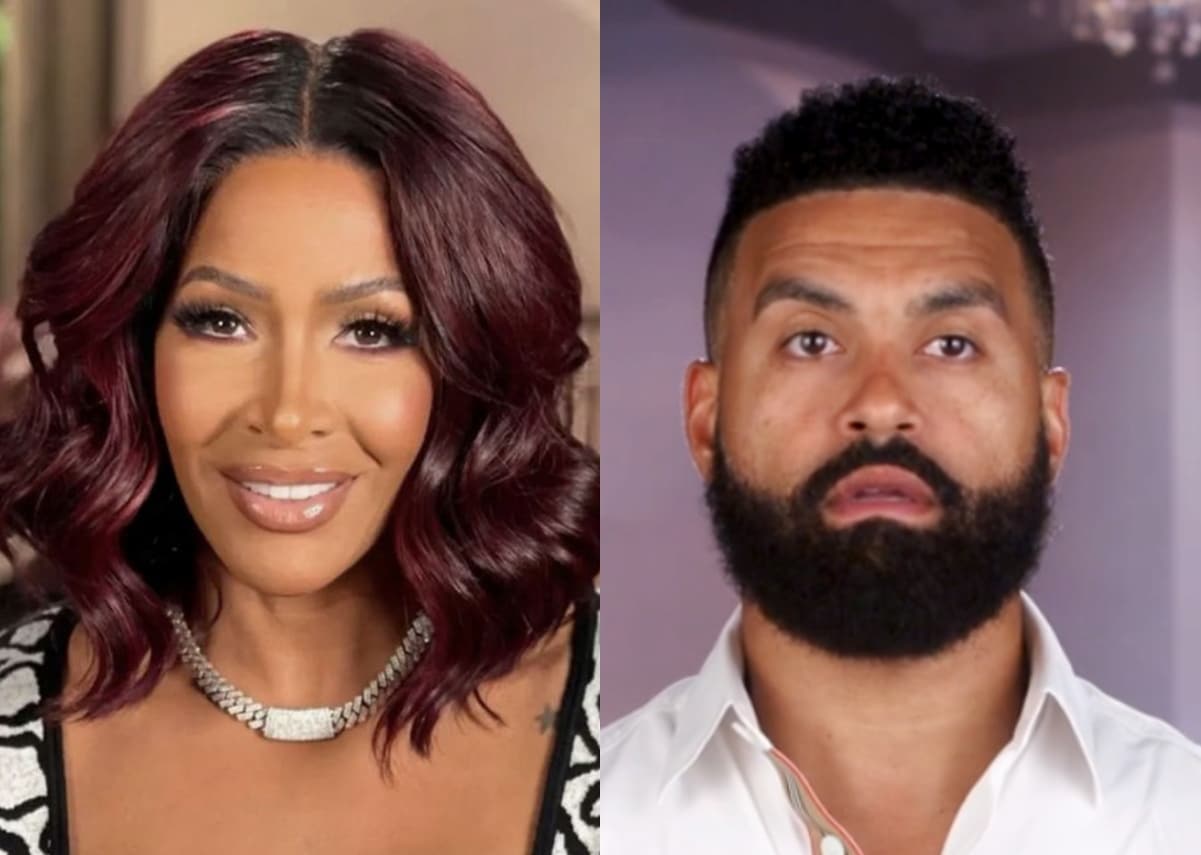 Sheree Whitfield is offering an update on Phaedra Parks‘ former husband, Apollo Nida, who appeared alongside her on a recent episode of The Real Housewives of Atlanta.

After meeting up with Apollo for a chat about relationships, Sheree explained where her bond with Apollo began and revealed if he is still with the woman he was dating in prison. Plus, Kenya Moore revealed how she really feels about Rawan, the woman helping Sheree with her eternally impending She by Sheree fashion show.

“Apollo and I, we’re good friends,” Sheree revealed on the August 28 episode of the RHOA: After Show. “Back in like 2010, or something like that, we went, not knowingly, but I went to get certified for fitness and Apollo was in my class. It was so random. So we bonded on the fitness thing. And since he’s been out of prison, he’s reached out. We’ve hung out. And he gave me a wealth of information just about dating someone in prison and the things they do.”

As RHOA fans well know, Sheree was dating her now-ex-boyfriend, Tyrone Gilliams, who was incarcerated, when the season began. But after being stood up in Philadelphia and accusing him of leaking photos and selling stories, they parted ways.

“He was giving me the dirty. Apollo made me realize that Tyrone was selling stories back then. Who better to have a conversation with about somebody being in prison, dating someone in prison, than someone who just got out of prison from a man’s perspective… They’re pretty much users,” Sheree noted.

And when Kenya wanted to know if Apollo ever married the woman he was dating in prison, Sheree confirmed she’s “still around,” but she noted that she is “not sure if they got married.”

“I actually just saw them, he came over my house,” she shared.

Moving on to the drama between Kenya and Rawan, who sparred heavily amid the August 28 episode of RHOA, Sheree noted that Kenya “didn’t like her at first.”

“It’s not that I didn’t like her. I was worried about how she was stepping up for you. I’m like, ‘Girl, do you know how important this is?” Kenya recalled. “We were like, ‘Do you know what’s at stake? People know about She By Sheree. Basically, the whole world knows about She by Sheree.’ And we were like, ‘What can we do to help?’”

And despite the tension fans saw on the show, Kenya said she actually likes Rawan.

“She knows what she’s doing. So it may come across, you know how some people [are] very laidback… But she’s still working. She’s secretly working. She’s making it happen. And she just did a great job,” Sheree assured. “What I have to learn how to do is accept help and delegate. I always feel like I need to be 100 percent in… But the fans have kept She by Sheree alive for 14 seasons and I can’t thank them enough — without a product. That is nothing but a blessing so that helped push me. Despite the ridicule, despite all the shade, it’s still so many people that want to see it succeed.”