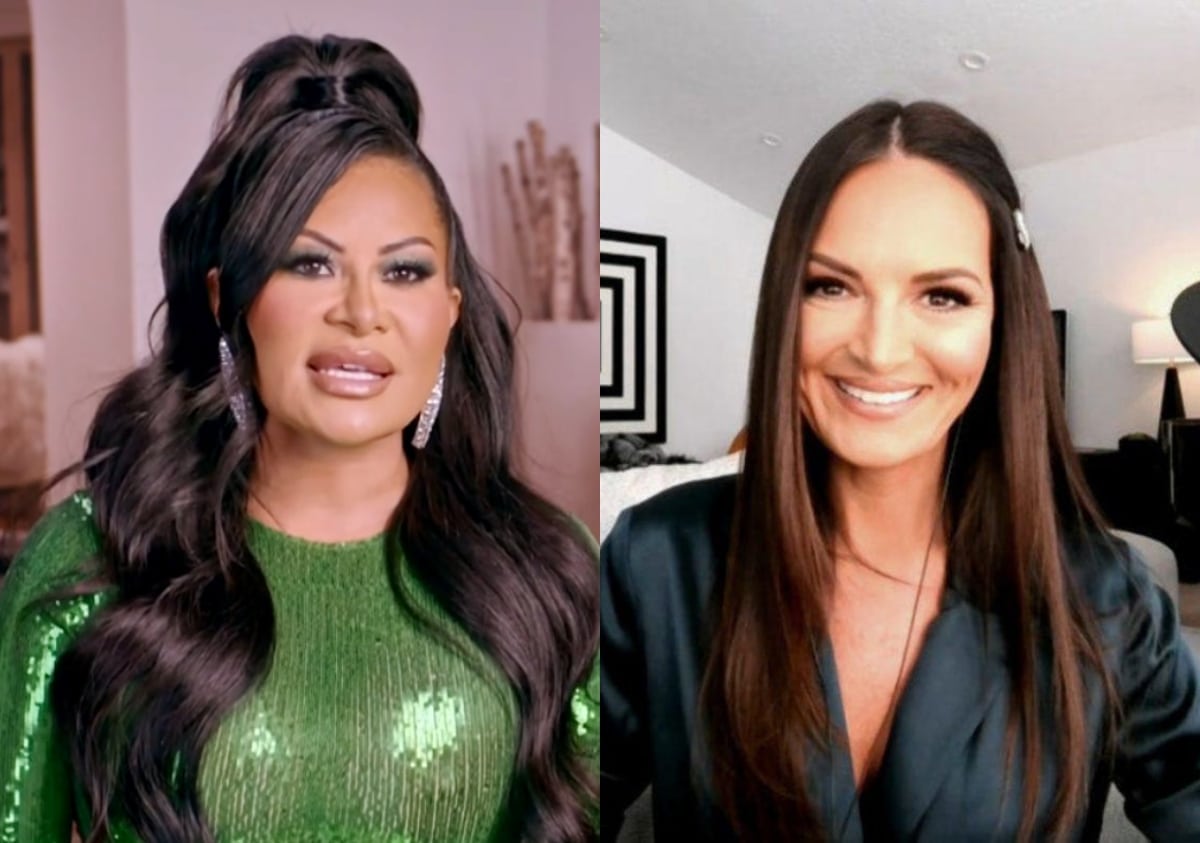 As Lisa and Whitney Rose appeared on Watch What Happens Live, where they discussed the two kids Jen shares with husband Sharrieff “Coach” Shah and mentioned Jen’s “convenient” friendship with Meredith Marks, Jen tagged Lisa in a post, saying she doesn’t want anyone watching over her kids who calls them “the n-word.”

“I don’t want anyone looking after my kids that calls them the n-word,” Jen tweeted on September 28, weeks after first suggesting that one of her RHOSLC co-stars “called [her] son the ‘n-word.'”

During Wednesday’s episode of WWHL, host Andy Cohen questioned Lisa and Whitney about whether or not they’d remain in contact with Jen’s husband and two kids, Sharrieff Jr. and Omar Shah, if she’s sent to prison.

“I don’t really know Jen’s kids but I think they’re doing great things and if I see Coach I always be super nice to him. He’s been great to me,” Lisa replied.

Meanwhile, Whitney said, “If her kids ever needed anything, I’d be there for her kids.”

In another tweet, Jen seemed to wonder why Lisa and Whitney spoke of her family at all.

“Hey [Lisa Barlow and Whitney Rose] what did you say about my kids on [WWHL]????” she asked.

Also on Twitter amid the WWHL episode, which followed the season three premiere of RHOBH, Jen reacted to Lisa saying her friendship with Meredith is “convenient.”

“Convenient. If that’s true it’s the longest these two best-friend back stabbers have ever kept a secret,” Jen wrote.

On WWHL, after Andy questioned the RHOSLC castmates about Meredith’s support for Jen even after she pled guilty to fraud after allegedly running a years-long telemarketing scheme, Whitney said their relationship “doesn’t make any sense” as Lisa said it came as a total surprise.

“If you even watch the Vail episode last year, Meredith was really upset that no one believed her of all of Jen’s wrongdoing… After everything said in Vail, the like, gloating in the bathtub, everything she said in her closet, I was shocked. It’s a relationship of convenience,” Lisa stated.