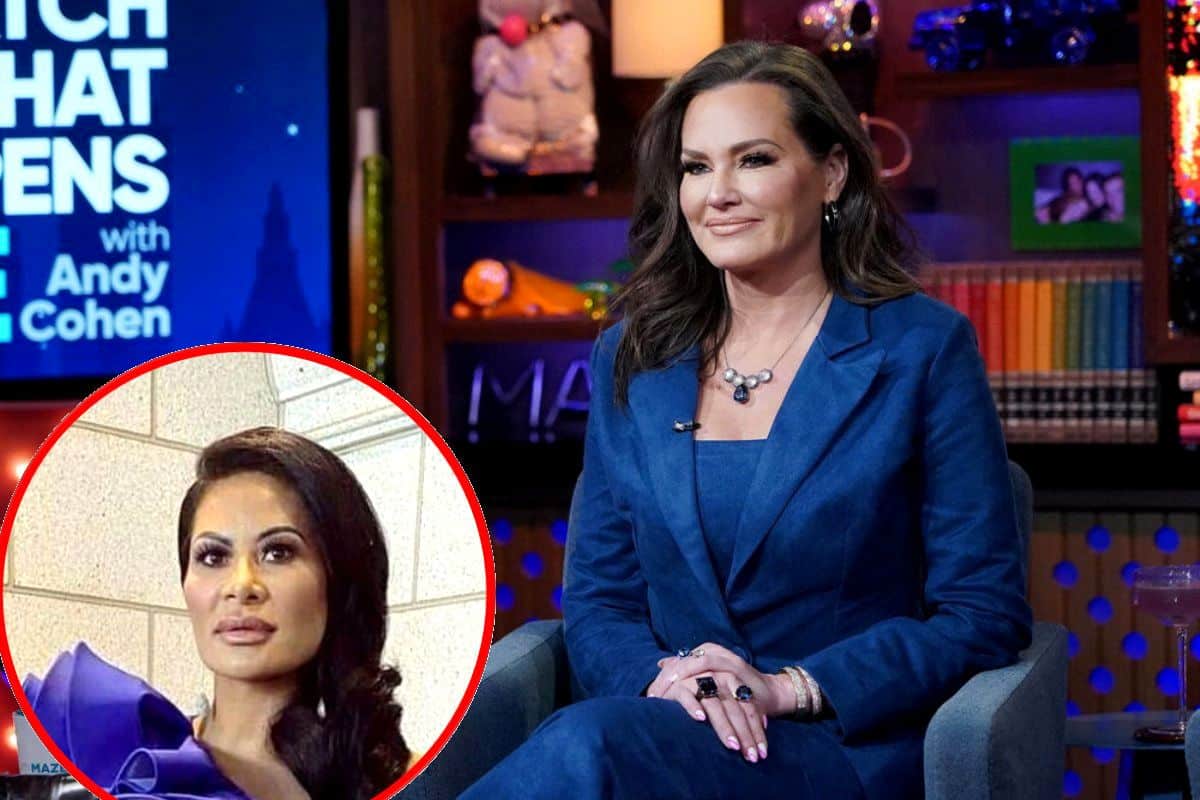 Meredith Marks doesn’t think anyone expected for Jen Shah to plead guilty to fraud in court last month, especially after watching her proclaim her innocence for months on The Real Housewives of Salt Lake City.

While appearing on a recent podcast, Meredith reacted to her castmate’s change of plea before explaining the post she shared on her Instagram Story just one day before Jen’s court appearance, in which she pointed out that someone was “innocent until proven guilty.”

“Obviously I’m surprised. I think probably everybody’s surprised. I don’t think anyone was expecting that,” Meredith admitted on the August 17 episode of the #NoFilter With Zack Peter podcast.

And as for her IG post, which said, “For those of you who may not know this: I live in the United States of America. In the US, one has a right to a trial and is presumed innocent until proven guilty,” Meredith said she was prompted to share the post after a number of her followers labeled Jen a “criminal” after she shared a photo of the two of them with Heather Gay.

“That may be the case if you want to say that now, but when someone hasn’t plead guilty and they haven’t had a trial, it’s not up to me or anybody other than the jury in that case — because it was slated to be a jury trial — to make that determination,” Meredith stated. “I just was kind of frustrated because I do have a law background. and to me. it just felt like this is not what our law says, so let’s make it clear what our law does say.”

In the weeks since Jen entered her new plea, Meredith said her communication with her RHOSLC castmate has been limited to texting.

“Not on, like, the phone. We’ve texted a little, but I have not had any conversations with her. I’ve been out of the country and she’s now been getting her oldest son settled at medical school and so I have not actually talked to her,” Meredith revealed.

While Meredith and Jen haven’t been seen together as of late, they will be featured alongside one another on the upcoming third season of RHOSLC, which Meredith believes is a “risky” move for Jen.

“I just think it’s very risky because if in fact, whether you are guilty or not, it is so easy to say something that could be spun to incriminate you. And I just think it’s kind of scary,” she admitted. “I mean, I think it’s really gutsy that she stayed on. I do. I don’t think I could under those circumstances.”

Also on the podcast, Meredith opened up about her past separation from Seth Marks, as well as her decision to date other people throughout their 26 years of marriage.

“Sometimes you need a little bit of independence to work through things on your own so you can make it work together… There were definitely times where we separated kind of thinking like, we just need some time and space, and time where we legitimately thought this was the beginning of the end,” she explained.

And regarding the reaction of her children, Brooks Marks, Chloe Marks, and Reid Marks, Meredith described them as “supportive.”

“When they were out of the house and, in our view, old enough to understand, or whatever it was, and they saw how painful it was for both of us, you know, they were very supportive of us doing whatever we needed to find happiness. If that meant staying together, great, if that meant getting a divorce, they were at peace with it,” she confirmed.

The Real Housewives of Salt Lake City season three is expected to premiere on Bravo later this year or early next year.