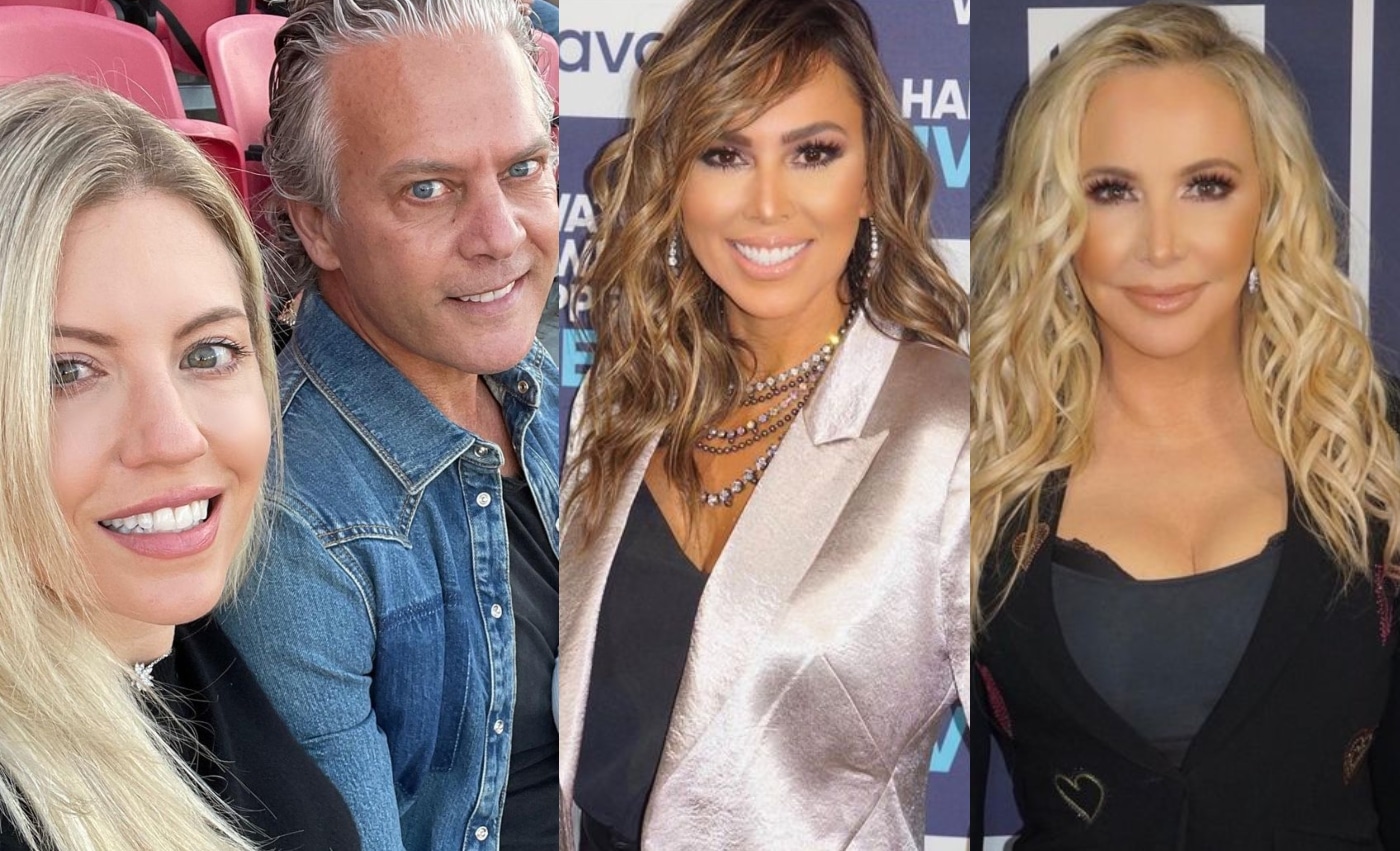 Lesley Beador is firing back at Kelly Dodd after learning the former Real Housewives of Orange County cast member had mentioned her on an episode of her and Rick Leventhal‘s YouTube series, The Rick & Kelly Show.

After Kelly told her listeners that she’d recently gotten a call from Shannon Beador, who claimed to have seen Lesley while on a walk through her neighborhood in Southern California and seemingly admitted to questioning her about Lesley’s impending divorce from her former husband, David Beador, Lesley reacted to the episode on her Instagram Story. 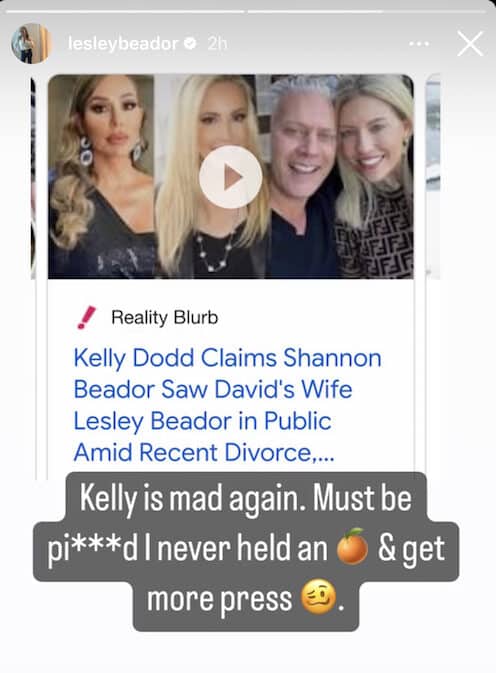 On Kelly’s show, the RHOC alum told listeners Shannon called her and said, “I’m going up the hill … Oh my god! I just saw Lesley!”

“‘What is going on with that?'” Kelly continued of her conversation with Shannon, seemingly in a nod to her inquiry about the couple’s split. “She’s like, ‘I don’t know anything.’”

As RHOC fans may have heard, David filed for divorce from Lesley last month after just 23 months of marriage. But days later, Lesley claimed her spouse had withdrawn his petition. Then, in another strange turn of events, Lesley, who shares a 19-month-old daughter with David, named Anna, revealed that she was planning to file for divorce from him.

“I am filing for divorce,” Lesley announced on Instagram last week. “While this is not what I would have ever expected, it is what is best. I value myself and the happiness and well being of my children. I am so grateful for a tremendous circle of friends and family who support me. Looking forward to a bright and happy future with my beautiful kiddos.”

In other Lesley Beador news, her ex, Eriks Pukke, with whom she shares son Andris and daughter Inga, recently made headlines after filing for a temporary restraining order against David. However, after coming to an agreement amid the civil harassment case on Monday, the order is expected to be dismissed.

The Real Housewives of Orange County season 17 is currently in production and expected to begin airing on Bravo in early 2023.