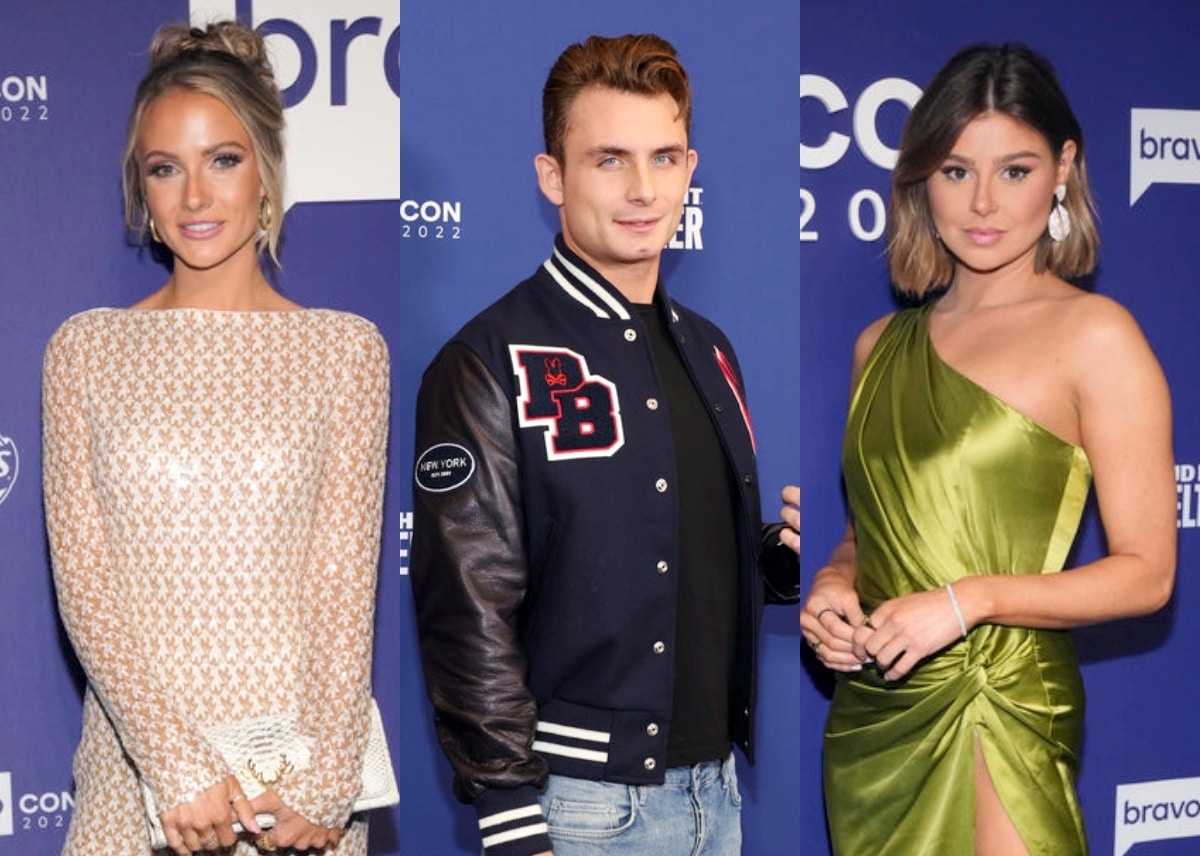 Taylor Ann Green took to her Instagram Story over the weekend to clap back at Vanderpump Rules cast member James Kennedy, who suggested there were no pretty girls on the cast of Southern Charm during an outing with his girlfriend, Ally Lewber, on Friday night.

Following the diss, which James has since attempted to backpedal on, Taylor posted some shade of her own.

“‘Hey Alexa… next.’ Love, the ugly girls from Southern Charm,” she wrote, as seen in a screenshot shared by the Queens of Bravo on Instagram, as James performed a DJ set at one of BravoCon‘s events. 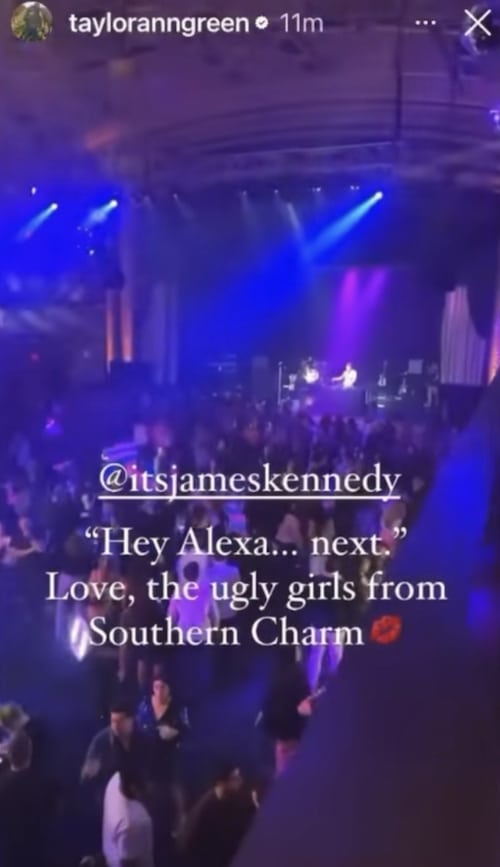 According to a report, an insider told Page Six that James was heard telling friends on Friday that there were no “pretty” girls on Southern Charm.

“I never even thought a pretty girl was on Southern Charm,” he allegedly told Ally and friends, noting that he also “didn’t get” why “everyone thinks [Shep Rose] is cute.”

However, when confronted about the topic at a BravoCon event, James played coy as he seemingly admitted to making the comment.

And when the crowd began to boo, James explained, “I was mistaken by shows, because obviously there’s a lot of pretty girls on [Southern Charm],” but he refused to reveal which show he meant.

“I take it back, too,” James insisted.

During another moment over the weekend, James commented on the recent romances of his former fiancée, Raquel Leviss.

“It was weird. But honestly, I’m living my life, and everyone gets to live theirs,” James told Us Weekly on Saturday. “I mean, Raquel was like flirting with [Peter Madrigal]. Like, she had her tongue down Peter’s throat during my See You Next Tuesday party [during] the first week [of filming].”

“Now, it’s Schwartz. I don’t know. She is homey-hopping a little bit,” he admitted.

According to James, Raquel’s rendezvous made him question his friendships on the show.

“Oh, yeah. We’ll see how it unfolds on the season,” he teased. “But now it is real friendships. It’s real emotions. So that’s why it gets so deep.”

“[But] we’re good. There’s no bad blood,” he continued. “Like I said, it ended well, and I wish nothing but the best for everyone.”

Also at BravoCon, James discussed his relationship with Ally.

“As far as marriage — I’ve never been married — so obviously that’s a big part of what I want in my life. But I’m really focused on my career as well right now,” he noted. “This relationship is different just because it’s a different relationship, you know? We’re human beings. We’re very intellectual beings, and I just feel like it’s amazing and I’m really happy.”