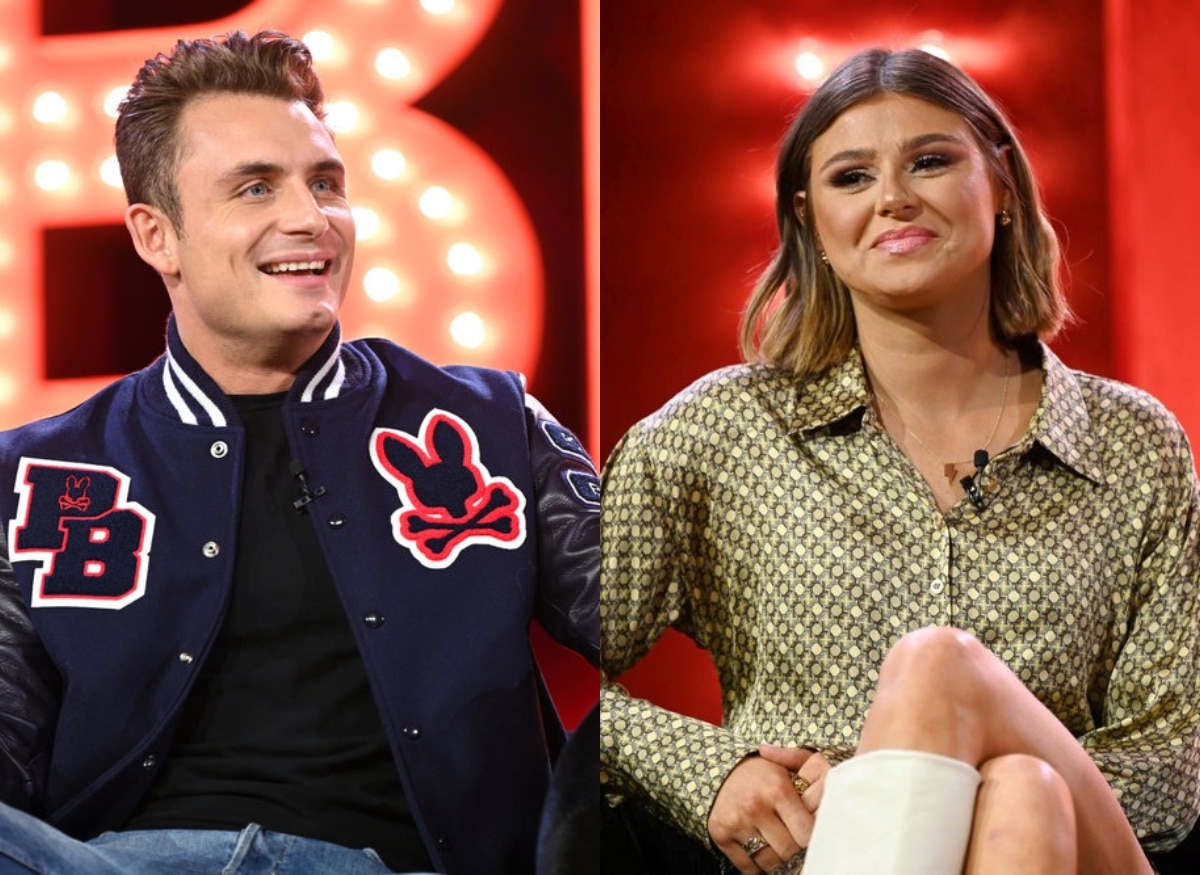 Raquel Leviss and James Kennedy reunited for an appearance on Watch What Happens Live at BravoCon, during which they were forced to answer questions about the end of their relationship

As they were joined by their Vanderpump Rules co-stars on stage, Raquel admitted that she should’ve ended her relationship with James when she learned he had cheated as he blatantly confirmed her season 10 make-outs with both Tom Schwartz and Peter Madrigal.

After James said on the October 20 episode of the WWHL: After Show that he expected Raquel to return her engagement ring to him at the season nine reunion because they’d discussed the matter prior to the taping, Raquel was asked if she regretted not calling it quits with James when she learned he’d cheated.

“Yeah. Looking back now, I definitely should’ve ended things with James when I found that out,” she replied.

Then, when host Andy Cohen wondered if Raquel had feared James would rekindle his spark with Lala Kent after their late 2021 breakup, Raquel claimed it wouldn’t have bothered her if they did.

“I don’t know for some reason, I kind of ship the idea of James and Lala,” she shared.

And after Lala shot down the idea, saying, “I stopped drinking” and “am sober now,” James revealed why he believes Raquel would suddenly be accepting of the idea — noting that she had made out with two of their Pump Rules castmates since the two of them ended their relationship.

“Now she says that after she’s made out with Peter and Schwartz,” he suspected.

James went on to say after Raquel said she believed he felt “a little left out” of their friend group post-split, that certain co-stars picked sides.

“When people break up I think that, naturally, as everyone said, people pick sides. Yes, my feelings have been hurt, and everyone’s going to see that yet again on season 10 of Vanderpump. But, I feel like now, eight months later, after people are getting to know my new girlfriend, [Ally Lewber] over there, my little cutie pie, they see that she is so kind and sweet as well,” he revealed.

“We are open to new people in the bloody group. You don’t always have to stick it in the group,” he added.