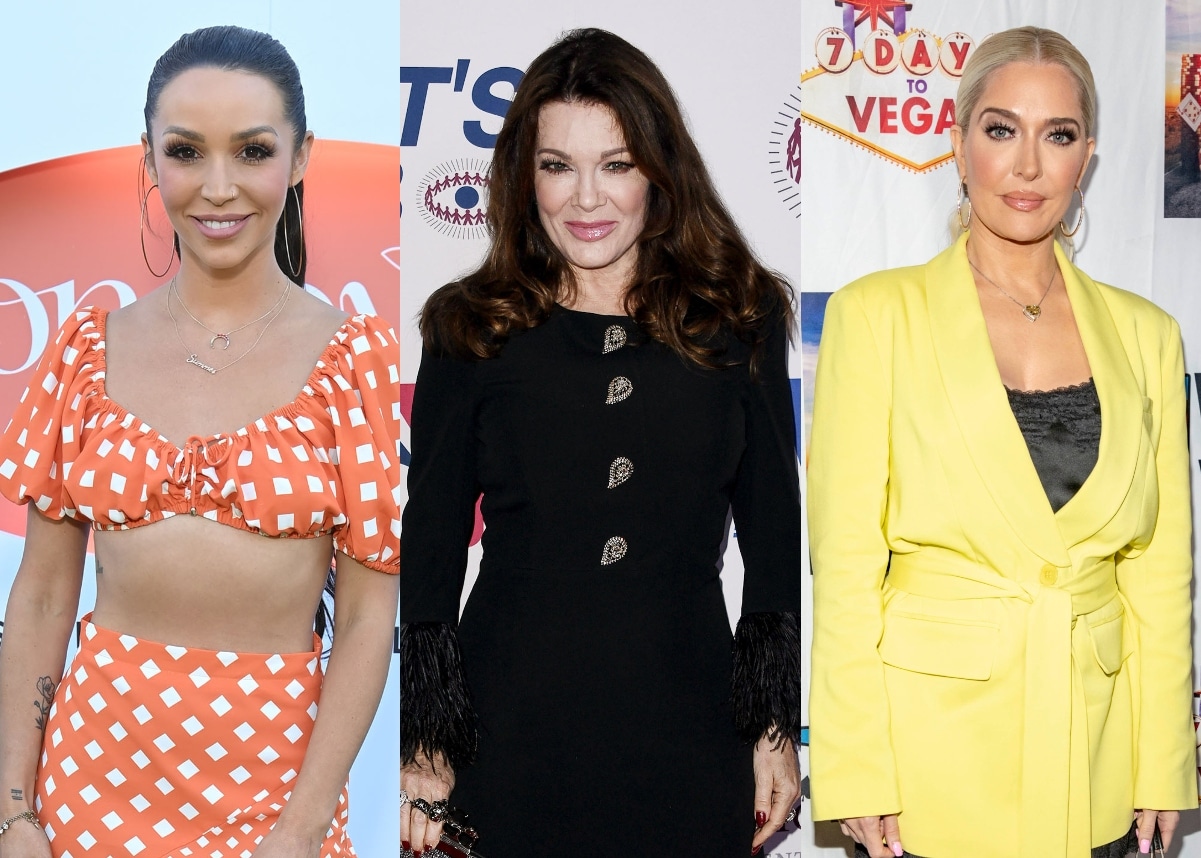 On Tuesday, as she and her Vanderpump Rules castmates filmed the main titles for the upcoming 10th season of their Bravo reality show, Scheana shared a slideshow of photos of herself and her co-stars, including a selfie she took with the Real Housewives of Beverly Hills alum.

“If you ask me, [Lisa Vanderpump] smells like roses,” Scheana captioned her October 25 post. “Cheers to season 10 of VPR coming soon!”

Scheana’s photos were shared just days after Erika was seen shading Lisa on part two of the RHOBH season 12 reunion by doubling down on a claim she previously made against her, saying that her former co-star “reeks of garlic, cigarettes and chardonnay.”

As RHOBH fans may recall, Erika first dissed Lisa’s breath on social media earlier this year after Lisa publicly called her out for throwing castmate Garcelle Beauvais’ book in the trash, which Lisa Rinna has since taken accountability for, and shaded her intelligence in the process.

“I thought that was kind of pretty mean, honestly,” Lisa told E! News at that time. “Maybe Erika didn’t understand it. Maybe Garcelle should have sent her a scratch-and-sniff book or something.”

And after hearing of the comments, Erika shared her thoughts about Lisa in an Instagram comment, writing, “That’s rich coming from someone whose breath reeks of garlic, cigarettes and chardonnay,” and including a hashtag for “halitosis.”

Although Lisa suggested in the past that she would consider returning to RHOBH if the cast was charged, she told Page Six earlier this year that she is no longer open to the idea.

“I’m happy I left. I tried to leave three or four times,” she admitted, slamming the series as a “nightmare.”

“I would never go back. That’s a hot mess that I could do without,” Lisa added.

Vanderpump Rules season 10 is expected to begin airing on Bravo later this year or early next year.