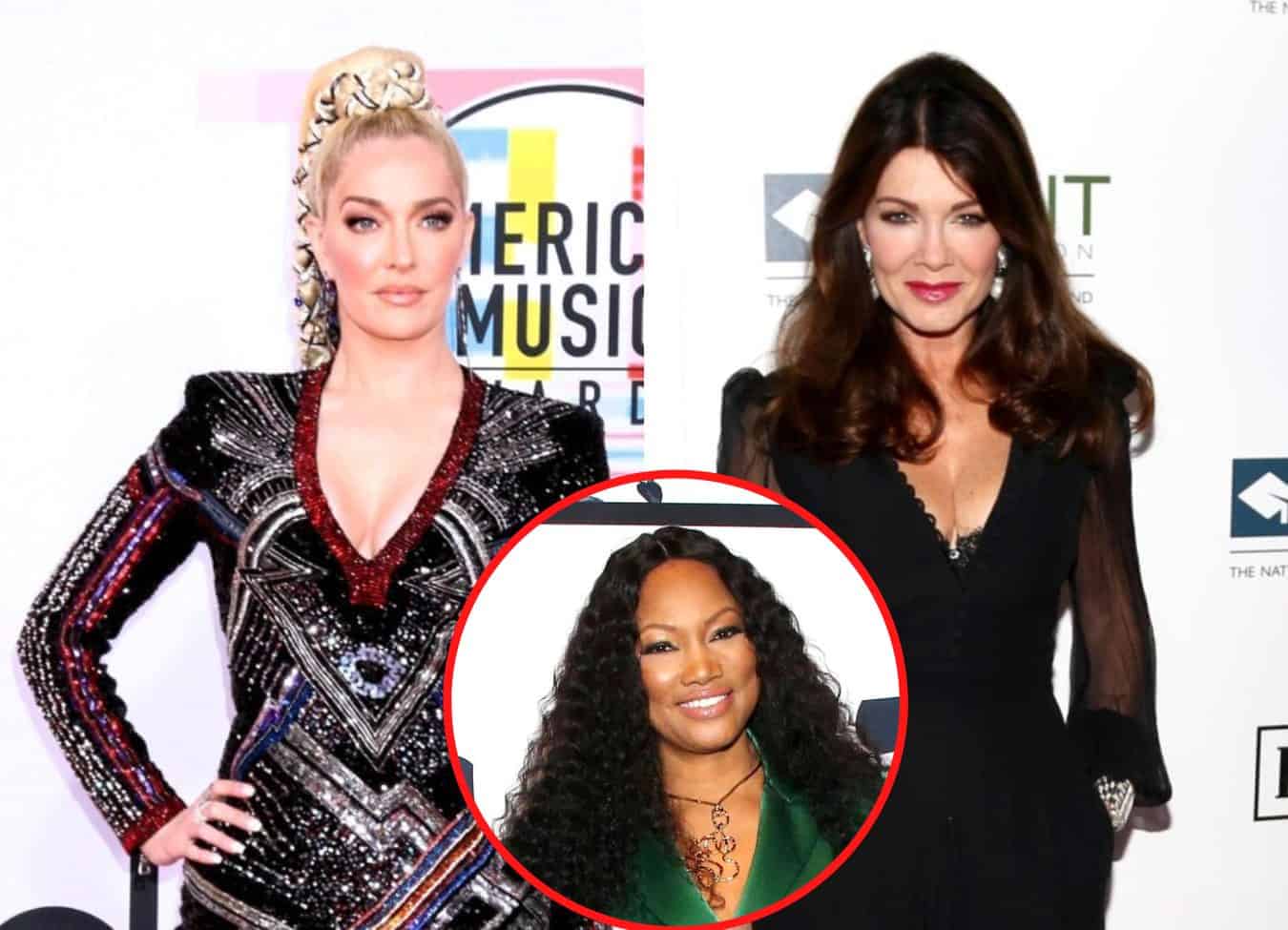 Erika Jayne wasted no time clapping back at Lisa Vanderpump for shading her intelligence while discussing her recent drama with Garcelle Beauvais at the opening of her newest hotspot in Las Vegas, Vanderpump à Paris.

After Lisa suggested Erika threw Garcelle’s new book, Love Me As I Am, in the trash because she “didn’t understand it” and noted that she may have had a better reaction to a “scratch and sniff book,” the Real Housewives of Beverly Hills cast member took aim at her former co-star’s breath.

“That’s rich coming from someone whose breath reeks of garlic, cigarettes, and chardonnay,” Erika wrote in the comments section of the Instagram post about the diss, also including the hashtag for “halitosis.” 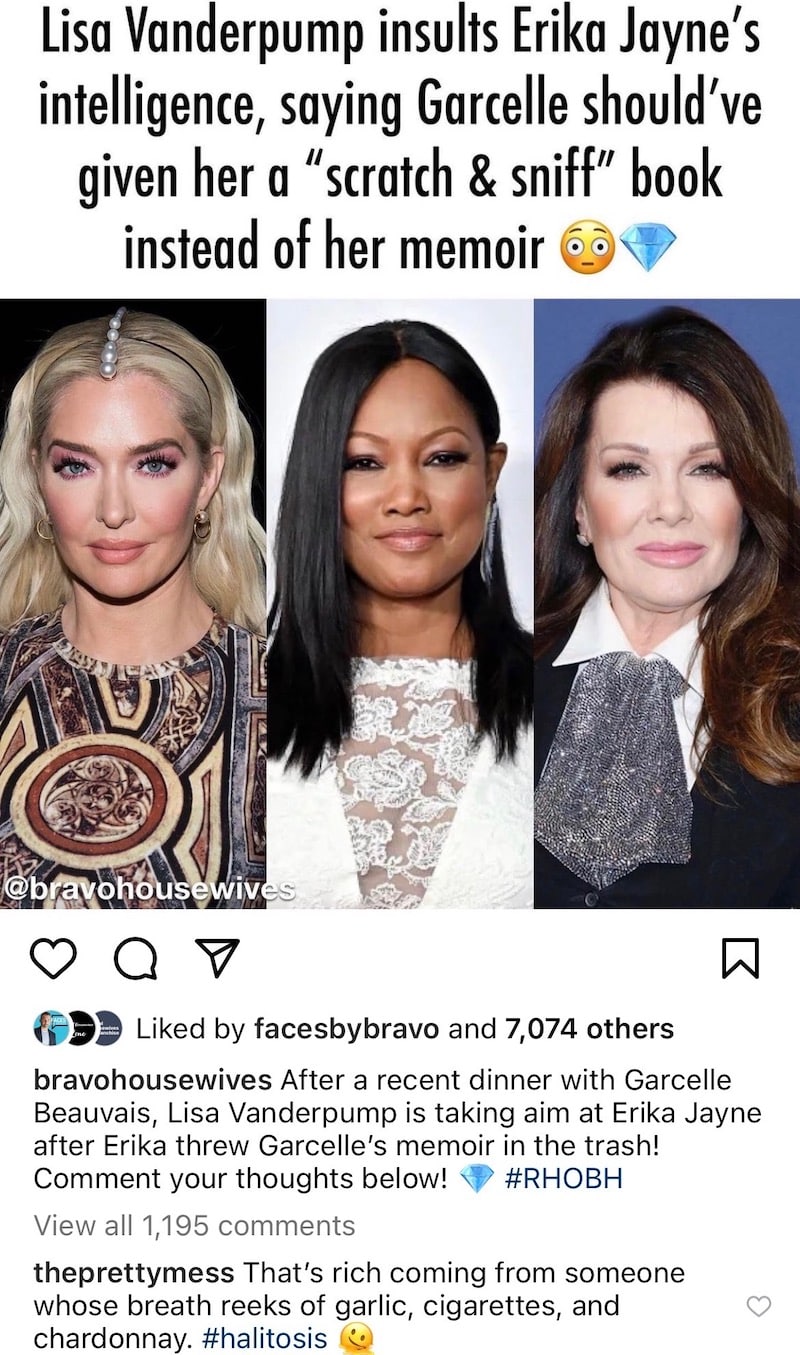 As RHOBH fans may have seen, Erika shared a video of Garcelle’s book in a garbage bin after seeing that Garcelle had used a clip from the season 12 trailer, which saw Garcelle telling Erika that she didn’t need any help making herself look bad amid her legal battle to promote the publication.

After Erika’s comment was made, the Queens of Bravo on Instagram shared a screenshot of her shade. And a short while later, Sutton Stracke, who feuded with Erika throughout season 11 as she was accused of ripping off her now-estranged husband Thomas Girardi‘s former clients, weighed in on the ongoing feud with a message of her own. 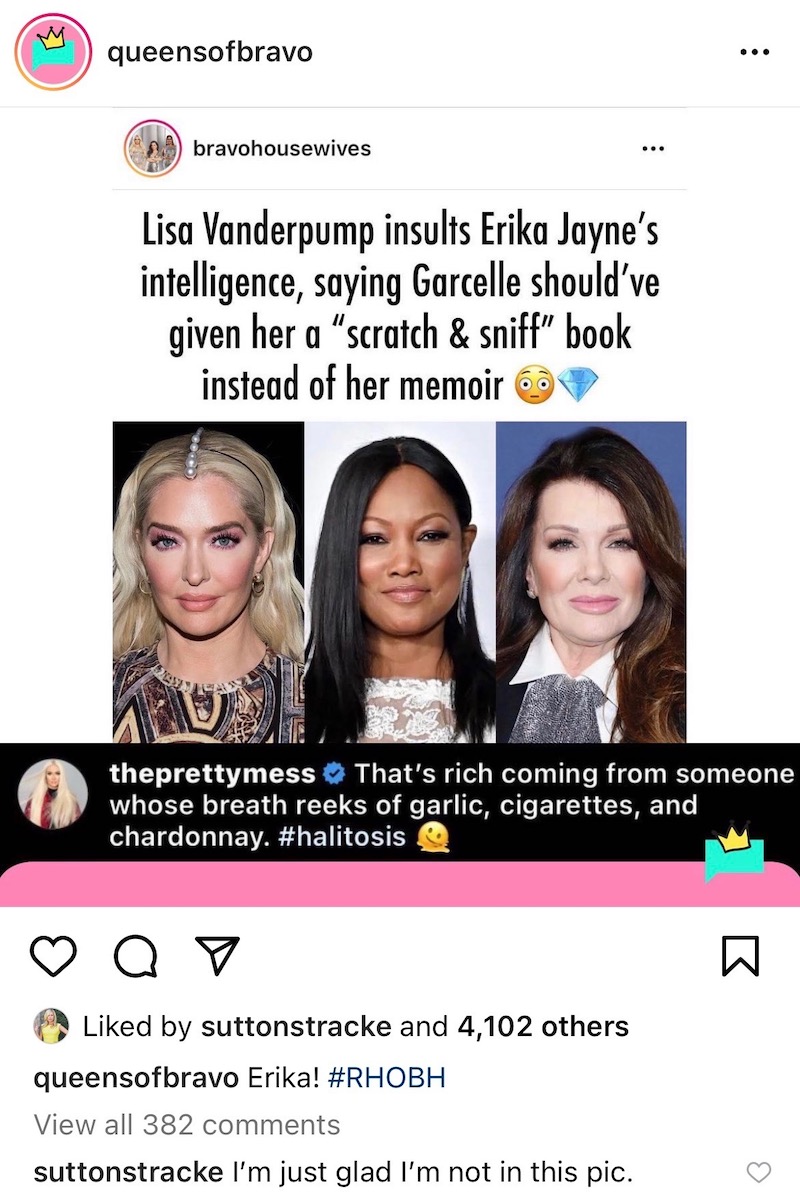 While Lisa certainly hasn’t hesitated to weigh in on the drama of the RHOBH cast in the years since she left the show amid the scandal known as Puppy Gate, she recently told Page Six that she “would never go back” to the show.

“That’s a hot mess that I could do without… I’m happy I left. I tried to leave three or four times,” she explained.

Lisa also shaded the show as a “nightmare” and accused her producers of leaking the Puppy Gate story and blaming her.