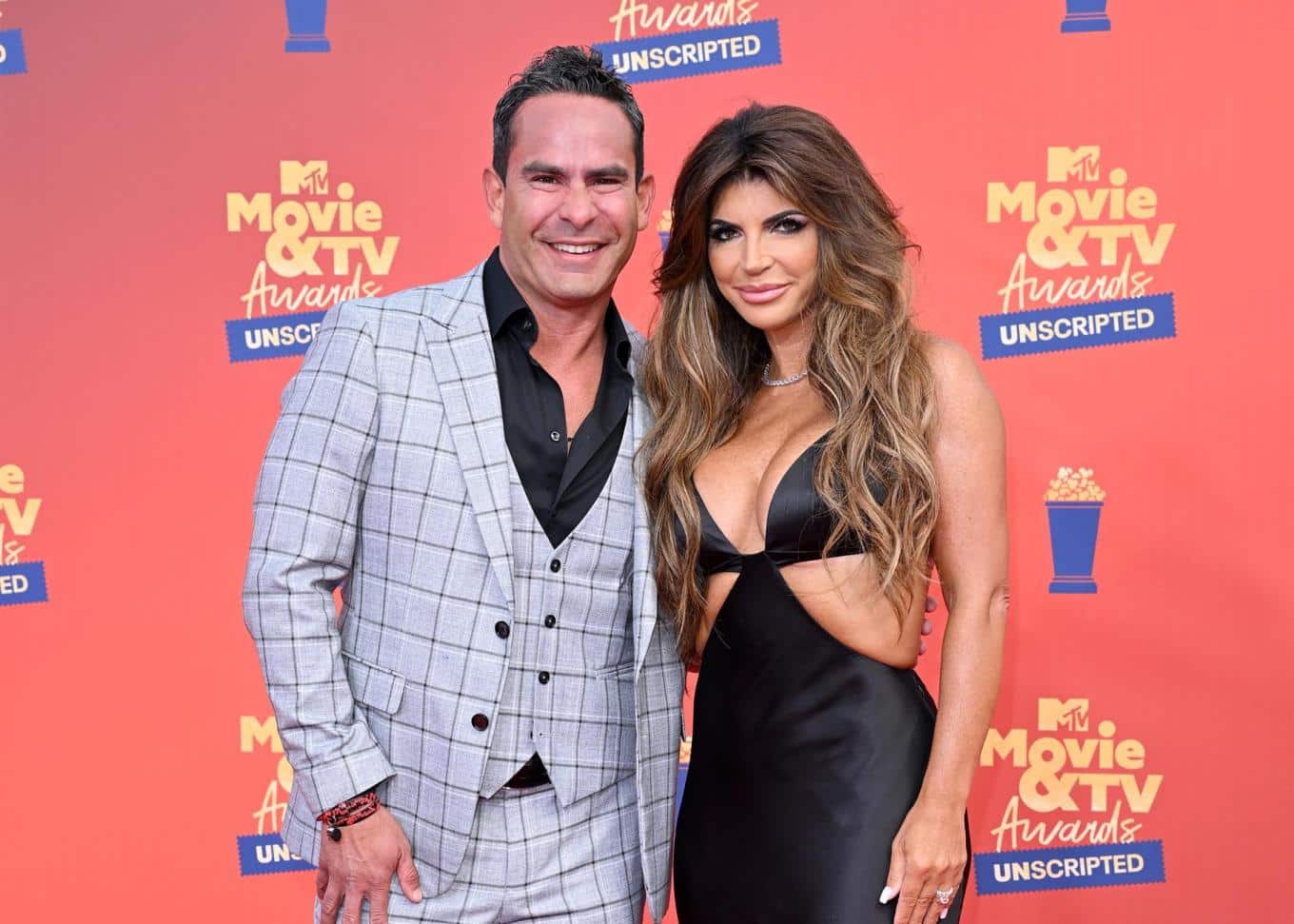 Teresa Giudice is excited for her first Christmas as a blended family with her new husband, Luis Ruelas, especially after making nice with his former wife, Marisa DiMartino.

During a recent interview, the Real Housewives of New Jersey star opened up about her relationship with Luis’ ex, confirming she’s taken steps to get to know her for the sake of her new stepsons, David and Nicholas.

“Our blended family is going amazing. I just had Luis’ ex-wife over for dinner, and it went great. … I love that. … I’m doing that for my two stepsons,” Teresa told Fox News Digital on November 5. “Luis reached out to my ex [Joe Giudice], and it went amazing. It made my children happy, so I want to make my stepsons just as happy.”

In late 2020, after Teresa and Luis were spotted together for the first time, Marisa spoke to In Touch Weekly magazine about the romance, saying that she was “really happy” for Teresa and her former spouse despite their sordid past.

“Luis is actually the father of my children, and he’s a really good person,” she shared. “In general, we got married, we were very young and had babies, and then it fell apart. As normal things happen,” she disclosed about their former marriage. “We’re very good with each other, and that’s basically it.”

Now, nearly two years later, Teresa and Luis are married, having celebrated with an over-the-top wedding in August, which included both Teresa’s daughters, Gia, Gabriella, Milania, and Audriana, and Luis’ sons.

But while Teresa is making an effort with Marisa, she and Luis aren’t planning to go back to the Bahamas to spend time with her ex-husband anytime soon.

“Let’s leave that to the daughters,” she joked, confirming her eldest daughter, Gia, is headed south for a visit next week.

Although Teresa acknowledged that the recently taped 13th season of RHONJ was “tough,” noting that she’s “never had fun” since she joined reality television, she is looking forward to her and Luis’ wedding special.

“Since I’ve been on TV, I’ve never had fun. … I didn’t have time to enjoy it because my family came on,” Teresa revealed, shading her brother, Joe Gorga, and his wife, Melissa Gorga, who joined RHONJ amid season three.

“[But] my wedding was … the best. It was so magical, I actually enjoyed being on TV during my wedding special,” she added.

“There’s going to be a lot of Jersey celebrities that are in it. It was so much fun, and I can’t wait to see the whole movie actually play out,” Teresa said.