Vanderpump Rules’ Tom Schwartz Weighs in on Katie’s “Fan Girl” Diss to Raquel, Admits He Cares About Raquel “A Lot” and Reacts to Katie’s New Boyfriend 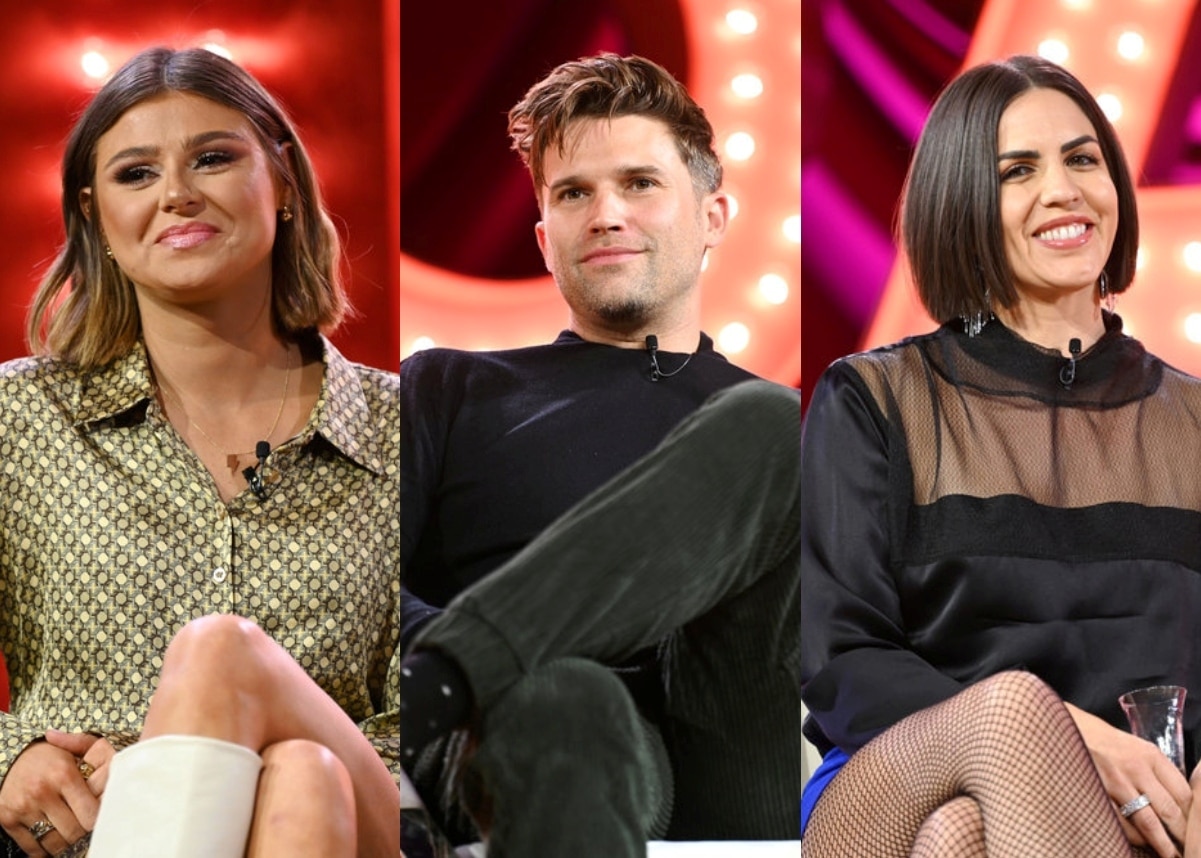 Tom Schwartz is weighing in on Katie Maloney‘s feud with Raquel Leviss.

After Katie accused Raquel of being a “fan girl” by wearing a TomTom sweatshirt to BravoCon last month, the Vanderpump Rules cast member admitted he cares a lot for Raquel before sharing his thoughts on their drama, teasing season 10, and reacting to the news of Katie’s new relationship with boyfriend Satchel Clendenin.

“I stay out of it. I care for Raquel a lot and Katie’s my girl. I love her. We spent more than a quarter of my life together, so I have a lot of respect and love for her. But she can be very reactive and I haven’t had a lot of time to process that yet,” Tom told Us Weekly of the drama between the women on November 5.

Although Tom hasn’t fully processed the feud, he said Katie’s comment about Raquel wasn’t “a fair assessment” of who she is.

“She just supports us and is a champion for both Sandoval and myself,” he shared. “I wouldn’t say she was a fan girl, I never felt that way. I felt it was authentic and sincere.”

As Pump Rules fans may have seen, Katie shared a mean comment about Raquel after seeing a photo of her in the TomTom sweatshirt on a Bravo fan page.

“Just came here to say that the number one reason I wore this TomTom sweatshirt on Day 3 of BravoCon was for the comfy vibes,” she explained. “I also wore it to support BOTH of the Toms and encouraged people to stop by their booth to check out the rest of the cute merch. I really enjoy supporting my friends and being comfy at the same time.”

Looking back at the drama of season 10, which he and Katie filmed amid their split, Tom said it was “emotionally taxing.”

“I think we hit a rough patch toward the end. We had a falling out. But I think we’re good now,” he revealed.

In addition to the rumors Tom faced in regard to his and Raquel’s reported hookup, as well as their allegedly “cozy” encounters since, he was also forced to deal with the reveal of Katie’s romance.

“You’ll see some of that play out. My gut reaction — it was tough but I got to say I handled it pretty damn well. I’m very reasonable in regard to that,” he said of how he responded to the news.

And despite his rumored rendezvous with Raquel, Tom said he’s “grown closer” to her former fiancé, James Kennedy.

“I feel like we’re super tight even though we don’t see each other a lot. I still care. Our bond is —you’ll see how some of that plays out [in season 10],” he shared. “Some of it not so good. I’m a world class sugar coater. It did get ugly at points this season, this summer. But I’m closer than I’ve ever been to both [James and Raquel].”

Vanderpump Rules season 10 is expected to premiere on Bravo sometime early next year.