As the trustee presiding over the now-disbarred attorney’s bankruptcy proceedings continues to demand the Real Housewives of Beverly Hills star return the $25 million Thomas’ firm transferred to her business, EJ Global, the trustee has confirmed the deposition — as well as an impending trial.

“The [trustee] has deposed [Jayne]. No other depositions have been taken or noticed,” the trustee recently informed the court, as revealed in court documents obtained by Radar Online on December 16, noting that both parties are heading for a trial, and Erika is requesting a jury trial.

In addition to demanding Erika return the $25 million Thomas allegedly transferred to her company, the trustee requested that Erika turn over a pair of $750,000 diamond earrings Thomas purchased for her in 2007, allegedly with client funds, and later replaced as part of an apparent insurance claim.

And after it was revealed that the earrings Erika turned over were reportedly not the same ones she obtained from the insurance claim, the items were auctioned off for $250,000 in a ruling Erika is still appealing.

In other Erika Jayne news, attorney Ronald Richards‘ wife, Lauren Boyette Richards, has been identified as the new owner of the RHOBH cast member’s former earrings.

As fans may have seen, Lauren confirmed the news on her Instagram page over the weekend.

“I now see why you fought for these [Erika Jayne]. They are stunning! Should I have Girardi removed?” Lauren asked in the caption of her pic, along with a hashtag for “Girardi fraud.” 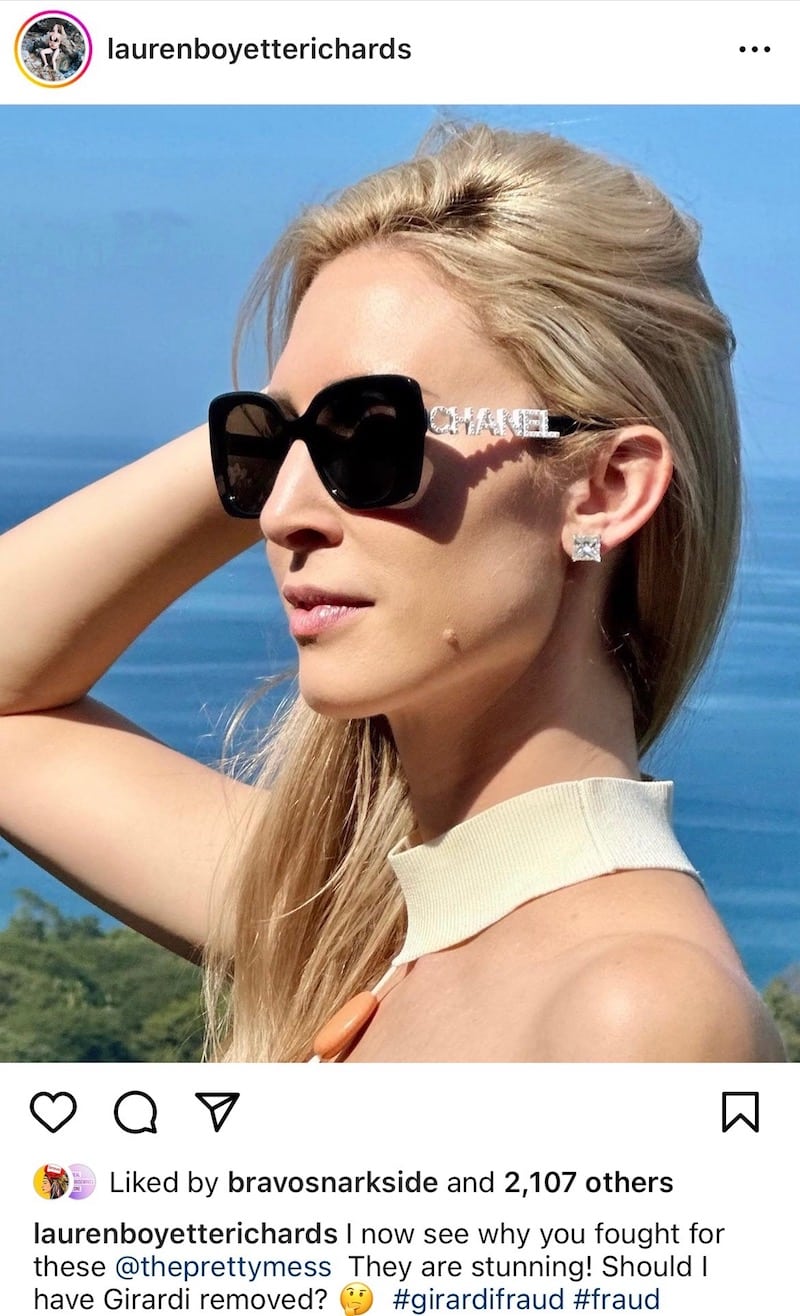 And in the comments section of her post, Lauren understandably faced backlash from users who thought it was extremely odd that she was the new owner of Erika’s earrings.

“I think a portion goes to the victims. The question remains, why is she buying the earrings? To help victims or for clout?” one person asked.

“I did both. Your point?” Lauren replied. 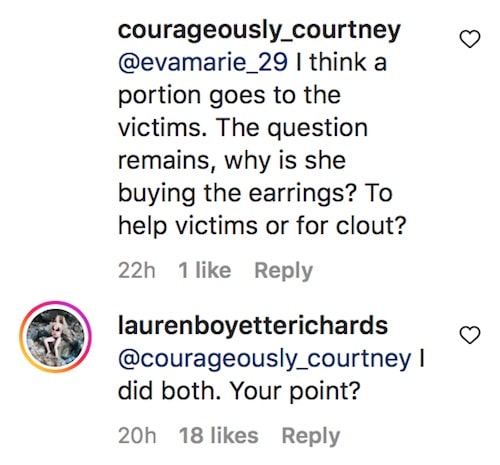 “Would you rather have these diamonds or hold a diamond on Bravo?” another person wondered.

“I’d rather buy the ‘missing pair’ of earrings originally supposed to be sold and donate both for these innocent families. You will see in time…” Lauren teased, seemingly suggesting the items will eventually change ownership for the sake of the victims. 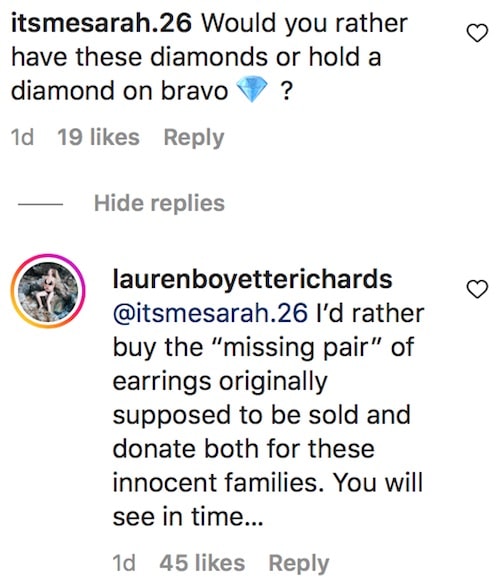 The Real Housewives of Beverly Hills season 13 is expected to begin filming early next year.