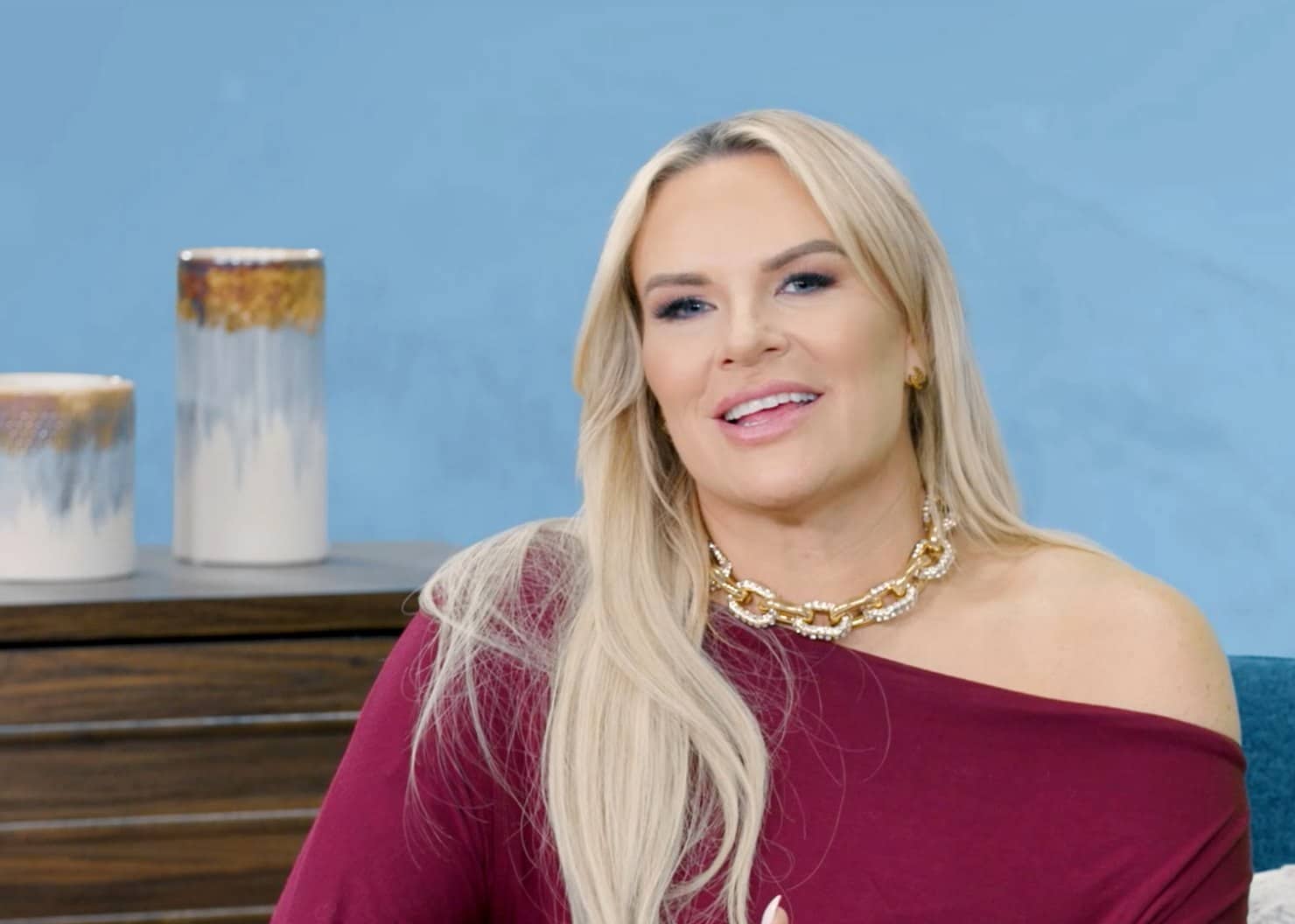 Heather Gay addressed her refusal to reveal how she got a black eye while appearing on an After Show for the Real Housewives of Salt Lake City last week.

After playing coy with her castmates as she attempted to come up with a phony story with Jen Shah, Heather explained why she was keeping the occurrence a secret as her co-stars weighed in, with cousin Whitney Rose claiming Heather’s story repeatedly changed throughout their girls trip to San Diego and Lisa Barlow accusing her of using the situation for attention.

“Obviously, I was surprised. We had all been up pretty late [and] I went to sleep,” Meredith Marks said of Heather’s injury on the December 21 episode of the RHOSLC: After Show.

“I just remember feeling nauseous, like real concerned for everyone. Like, ‘Are we safe? What happened?'” Whitney shared.

As for Heather, she admitted to wanting to “minimize” the speculation surrounding her black eye.

“As dumb as it sounds, I just wanted to minimize it,” she explained. “It had been a pretty rough girls trip. I truly felt a little bit broken, a little bit beat up, figuratively and physically and I just thought, just get through it… and try to salvage the trip for what it was. I didn’t want anymore feigned concern about me or my eye.”

According to Heather, nobody truly “gave a sh-t” so she wanted to “move on” — and do so with boundaries.

“I’m just having a boundary and I just wanted to see if people would respect it,” she added.

“Her story kept changing over and over,” Whitney noted. “She goes, ‘Well people know. There are witnesses.’ And then she looked at me and I go, ‘Heather, are you okay?’ And she goes, ‘Whatever you do, if you get a knock on your door at 4 am, don’t answer it.’ And then she started [saying] it could’ve been anyone and I didn’t like that because that puts a lot of people’s jobs and a lot of people’s futures at risk.”

“It kept changing,” Danna Bui-Negrete agreed. “It was almost like a game to her like, ‘Let’s guess what happened to her.’”

Continuing on with her suspicions, Whitney said that Heather’s injury didn’t appear to be from rough-housing.

“If I accidentally took an elbow, that’s like a shiner. This was like her whole eye was black, so it was like blunt force,” Whitney explained as Angie Katsanevas pointed out that Heather’s eye was “swollen shut,” and Danna said the last people seen with Heather were Jen and Meredith.

“I was shocked. I was like, ‘Who hit her?’” Lisa recalled of her response to Heather’s eye reveal. “The fact that Heather’s being so coy about this and not just flat out saying what happened to her, we would all stop talking about this. I’m like, ‘Heather do you need more attention? Is this a diversion from last night’s conversation?’”

Lisa went on to admit that her mind went a little dark as she wondered how it happened.

“I’m like, ‘Did you let someone in your room? Did you swipe left or right, and someone came to visit you?’ And she basically was like, ‘No,‘ so I believed her, and then as I thought about it a little more, I’m like, ‘Okay, they were pretty wasted.’ You know, Heather drinks all day pretty much every single day, so I’m like, ‘Maybe she tripped and fell and is like humiliated about it.’ Those are kind of the only two things. I’m like, ‘Someone hit you, or you fell and hurt yourself,’” Lisa reasoned.

“I think she was a little nervous about how much she drank,” Angie K. acknowledged. “Maybe she tripped over a shoe or something on the floor and fell.”

Although Lisa and Angie K. believe alcohol was a major factor leading up to Heather’s injury, Angie K. also wondered if something happened between her and Jen.

Then, after Whitney took note of Jen’s behavior during their discussion about Heather’s eye, saying she was “on her phone rapidly texting the entire time,” Angie K. said Jen was “very off.”

“She was very quiet,” Angie K. replied. “Her mind was elsewhere, and I just thought, ‘She knows something, and they are not coming clean.’”