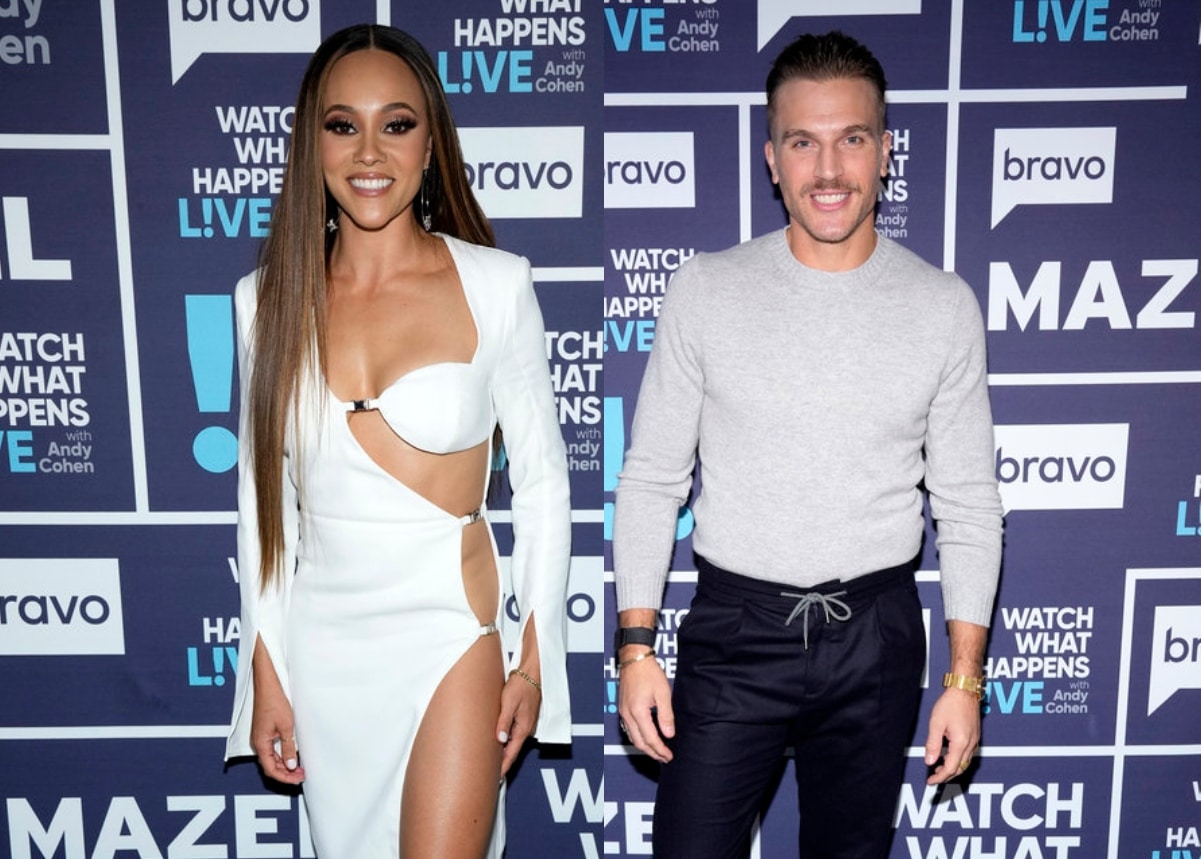 Ashley Darby confirmed the end of her romance with Luke Gulbranson on Sunday night’s episode of Watch What Happens Live.

After hinting at a breakup by deleting a loved-up photo of the two of them in the hometown of the Summer House and Winter House cast member, the Real Housewives of Potomac star explained what led to their split, revealed when her divorce from Michael Darby will be finalized, addressed Mia Thornton‘s feud with Jacqueline Blake, and more.

“Luke and I are not romantically involved anymore,” Ashley confirmed on the January 8 episode of WWHL. “My life is very complicated. As you guys can imagine, I’m going through a very difficult situation and Luke was a trooper, believe me, he went through some things.”

Not surprisingly, those “things” had to do with Michael.

“That and, I mean, it’s not really about Luke but we just have a hard time, period, with co-parenting and separating,” Ashley explained. “It’s my situation with Michael that affected Luke and I. Like I said, he was a trooper but ultimately yeah… It’s just not, not there.”

That said, Ashley acknowledged that the two of them had a fun time together.

“We really did. I met his whole family. They were amazing, I fell in love with them, so great. But you know, I am newly single. This is my first relationship after. It’s just nice to be reminded that I am that girl. And I love to love. I love to be loved,” she continued.

And when Andy Cohen asked her if she felt it was a bit quick to be meeting families, Ashley said, “You have to talk to Luke about that.”

The WWHL host then pointed out that her fellow guest, Family Karma‘s Brian Benni, is single.

“Now, Andy, how would that look?” Ashley replied.

But Andy didn’t back down, saying, “Make me two for two in terms of setups. Come on.” Ashley then admitted he was “good” at matchmaking.

When a virtual fan wanted an update on Ashley and Michael’s divorce, asking when it would be finalized, Ashley revealed they will officially be divorced “either this month or next month.”

Moving on to RHOP topics, Ashley responded to a fan who asked her if she felt she owed an apology for spreading friend Deborah’s “lies” about Chris Bassett after seeing that footage contradicted what she said.

“That was a little tough … This is a really difficult thing because Deborah is my friend,” she shared. “We’ve been there for each other. I know her to be truthful. Now, what Deborah is telling me and what I saw do conflict so I do have to talk to Deborah about it. We haven’t had a detailed discussion about it.”

“I didn’t know that footage,” Ashley replied. “So I didn’t see the footage, but Deborah maintains that there were some things that were not lining up.”

During another segment, Ashley revealed, amid rapid-fire questioning, that there is “a lot going on behind the scenes” of Karen Huger‘s feud with Robyn Dixon, that the cast is responsible for their ongoing issues with Wendy Osefo, noting that they “iced her out,” and that she is on Team Jacqueline amid her drama with Mia.

“I’m going to have to say Jacqueline,” she stated.

As for whether she purposefully brought Deborah to Karen’s live show to rile up Candiace Dillard-Bassett, Ashley denied any such thing.

“No. I was giving her the opportunity to talk to someone who was saying something about her husband, something I would want myself,” she explained.