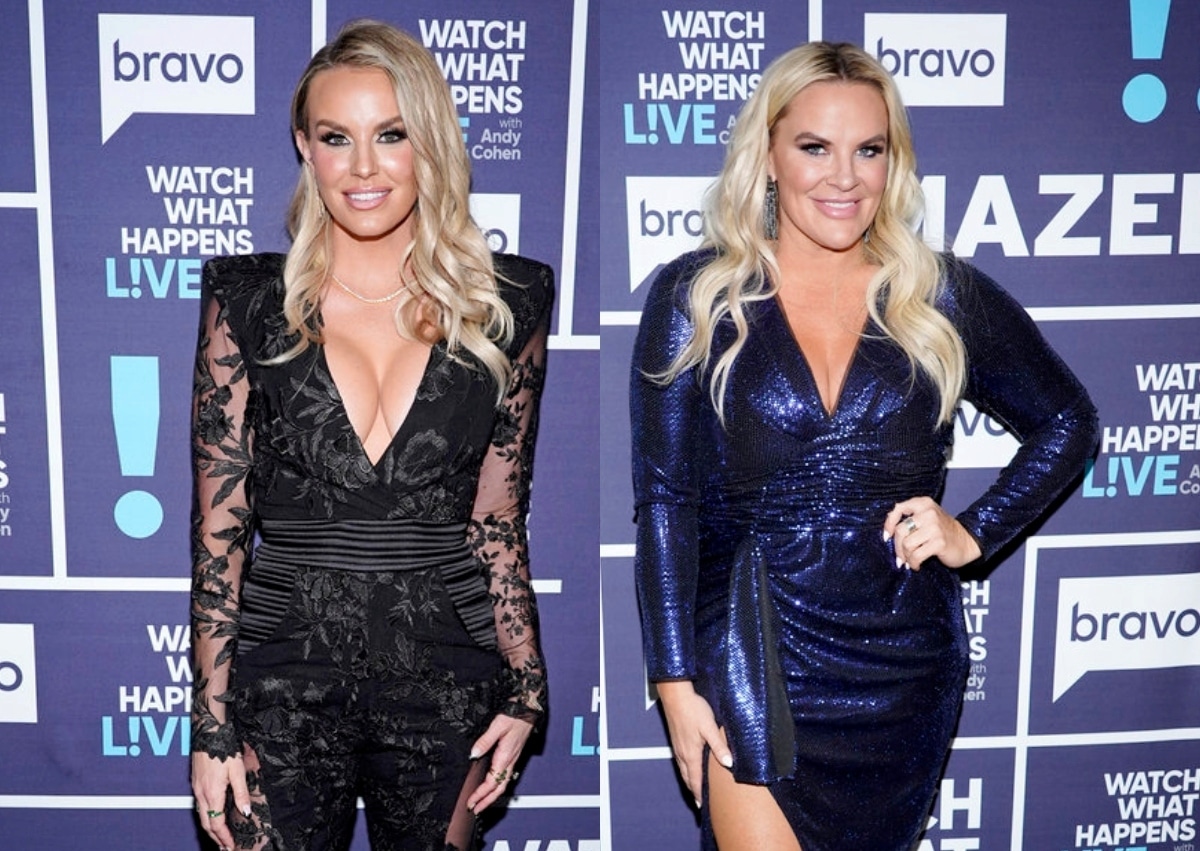 Whitney Rose claims Heather Gay vowed to take how she sustained her mysterious black eye to the grave.

Amid swirling rumors claiming Heather was injured during a fight with Jen Shah or drunkenly fell, the Real Housewives of Salt Lake City star admitted to feeling confused about Heather’s secrecy as Angie Katsanevas suspected their castmate could be protecting an abuser.

“I feel like once again she tried to deflect,” Whitney shared on the January 4 episode of the RHOSLC: After Show. “‘What the f-ck happened to your eye and are you okay? Like, do you need help?'”

According to Whitney, she would have been willing to protect Heather if she’d come to her for help.

“I genuinely feel so confused why she doesn’t trust me with the information and I know it’s not about the rumors. It’s way deeper than that,” she stated. “It just hurts because at the end of the day, I eat sh-t from her but she still doesn’t see that I would be there for her.”

“Just because I’m taking space from her doesn’t mean I’m not worried about her wellbeing. I think we were all watching Heather kind of go through something. I don’t know what it is yet but it’s clear that something changed with Heather this last year and I know from a lot of people around her, everyone’s concerned,” Whitney confirmed, adding that Heather’s business partner, Dre, told her she was worried as well.

“I did reach out to Dre and I just said, ‘Hey, I’m very concerned about Heather.’ And Dre said, ‘Me too,’” she revealed. “She would not talk about it. Every time it was brought up, she would say, ‘I’m not talking about. I’m taking it to my grave. I don’t want to talk about it.’”

But as Heather noted, she didn’t feel comfortable opening up to Whitney at that point in time.

“I am not in a place to confide anything in her or in a place to seek counsel from her … I didn’t trust her anymore,” Heather stated.

As Heather maintained her silence, the “friends” of RHOSLC, Angie Harrington and Angie K., couldn’t help but wonder what may have happened to her.

“It was really troubling. I really tried to press her. I gotta be honest, it made me feel bad that she wasn’t willing to talk about it but I have to respect that … I have to remember not to take it personally. Maybe she’s been burned,” Angie H. noted.

Meanwhile, Angie K. pointed out that she believes Heather has more pain than she shows.

“She’s been extremely vulnerable with me and my husband. There’s times I’ve looked over and Heather’s crying on my husband’s shoulder and I’ve selfishly have felt like, ‘Why don’t you open up to me on that level?’ And I think Heather takes on more than people understand,” she reasoned. “This girl is raising her kids. She’s writing this book. She’s running a business. She’s left the church, which basically means you emancipate yourself from your family. She’s carrying a big burden.”

Angie K. then suggested that something far more dire may be happening behind the scenes.

“I just hope she’s not protecting an abuser. And that just goes to show, where she’s at. Girl, you gotta love yourself enough to not protect somebody that did this to you,” she said. “She still won’t tell me. I asked her two days ago what happened and she said, ‘I will never tell you.’ I said, ‘Will I find out?’ She said, ‘Maybe.’ I don’t understand who or what she’s protecting.”

During another segment of the RHOSLC: After Show, Whitney and Heather discussed their sit-down at Whitney’s home, with Whitney admitting that while she didn’t get everything she wanted and needed out of their chat, she did get closure.

“I feel like it was my last chance to try to get through to Heather and I don’t think I did,” Whitney explained. “I just wanted her to know, like, just because our relationship might look differently, it’s Whitney and Heather. It doesn’t have to be Bad Weather. We don’t have to be the same person … I’ll never stop caring for Heather. I’ll never stop not loving Heather but I have to keep her in different space and love her differently.”

As for Whitney, she said that after their “horrible fight” in Arizona, she did her best to move forward even though things between them “felt messed up.”

“I was grateful that Whitney was receiving me, that I was at her house, that we were talking and making amends but I also felt very wary,” she shared. “It was the first time we’ve ever talked about anything with me.”

Unfortunately, any progress they made was for naught once the season began airing.

“I’m watching the episodes and the damage is really coming from hearing what she was thinking and feeling about me at that time,” Heather stated. “I mean, she called me the ‘Woe is me girl.’ She said some pretty hurtful things.”