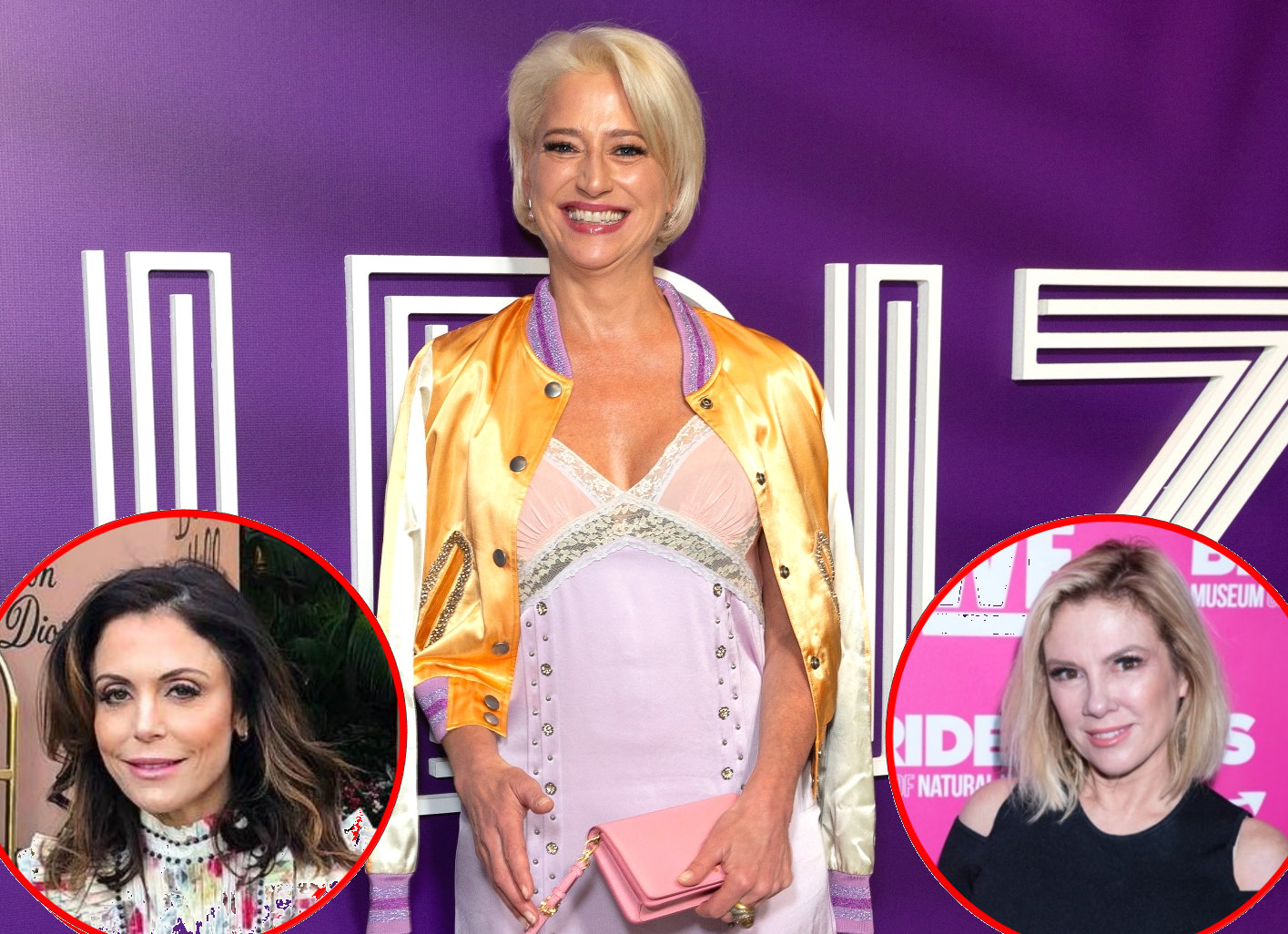 Dorinda Medley had a lot to talk about after the latest episode of The Real Housewives of New York City.

In her blog, Dorinda opened up about a number of dramatic moments with her co-stars, including Ramona Singer‘s run-in with LuAnn’s ex-husband, Tom D’Agostino Jr., and the ongoing drama between Bethenny Frankel and Carole Radziwill.

Although fans have seen the ups and downs LuAnn de Lesseps has faced due to her short-lived marriage with Tom, that didn’t seem to mean much to her friend and co-star Ramona, who appeared adamant to spend time with him at a recent event on the show.

“I have to call girl code on this one,” Dorinda wrote in response to Ramona’s run-in with LuAnn’s ex.

“I don’t think Ramona had bad intentions. I think she was in the moment and made a bad decision. It’s a very sensitive situation and Ramona should have been aware of that, but sometimes we goof up,” she added.

Dorinda went on to set the record straight in regard to a number of mistruths told on the show, including the insinuation that she was expecting some sort of major moment after helping Bethenny find a nutcracker her daughter Bryn had been wanting. As Dorinda explained, she simply wanted a bit of gratitude from her co-star.

“I did something nice for a friend and there was so little gratitude that not only me but Luann, Ramona, and Carole also were shocked by Bethenny’s bizarre behavior that went on far longer than anyone would ever expect or want to witness,” she explained. “While some of you may say she looked grateful while the rest of us looked like petty, mean girls, I was there and strongly disagree. She turned it into a ridiculous banter about wanting a parade. I assure you I have better things to do then wait for a thank you—not that Bethenny would know cause she never asks what’s going on in my life.”

In regard to the drama between Bethenny and Carole, Dorinda acknowledged she had discussed Bethenny’s comment about Adam Kenworthy and Carole’s alleged lack of interest in Puerto Rico with Carole but added that Carole had already heard what Bethenny had said from “many, many people.”

Dorinda went on to say that she alone did not implode the friendship between Bethenny and Carole and noted that assuming such was an insult to Carole’s intelligence and character. She also suggested Bethenny take responsibility for her own “bad behavior” that had destroyed friendships.

Lastly, Dorinda fired back at allegations of being a bully and suggested it was Bethenny who was the real bully of RHONY.

“Let’s get real there’s one person who’s bullied, insulted, demeaned and mocked every one of us, and it sure as sh*t ain’t me,” she proclaimed.

Dorinda also called out Bethenny for her past mistreatment of Sonja Morgan.

“I know that Sonja is Bethenny’s newfound bestie, the one Bethenny told was dead to her two years ago because she wanted to make a few bucks selling booze. That’s rich. And Benedict Arnold always tells the truth. [eye roll] ,” said Dorinda.

TELL US – DO YOU THINK BETHENNY IS A BULLY?