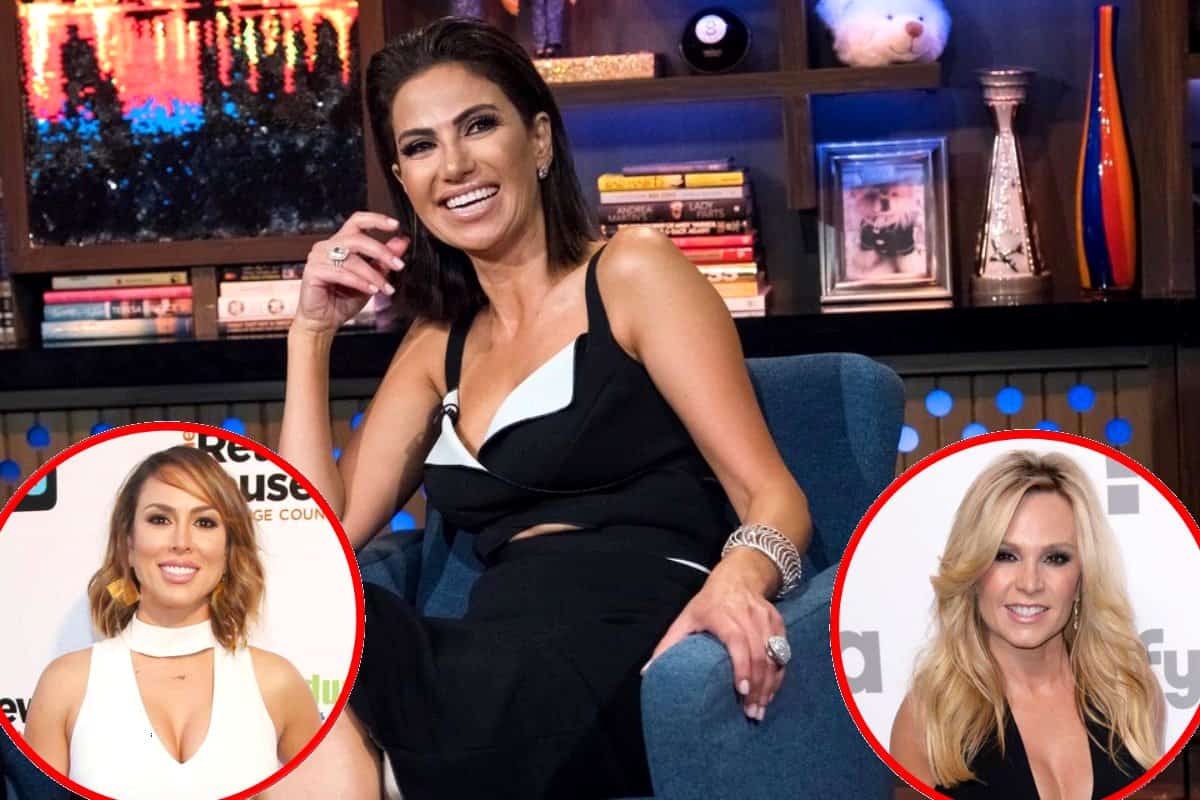 Bravo’s ‘100th Housewife’ aka Peggy Sulahian is slamming her former Real Housewives of Orange County castmates in a new interview.

Peggy, who left the RHOC this year following just one season, is accusing Kelly Dodd of calling her a racial slur during her time on the series, while also implying that the health issues that Tamra Judge’s husband is experiencing is simply Tamra’s karma.

Peggy appeared on the Tony’s Tea Corner podcast with host Anthony Lario this week and dished on a number of hot topics during her 2-hour appearance.

First, Peggy threw some shade at her former RHOC castmates, proudly toting the fact that she’s been ‘married’ for 23 years while most of the women on the show have gone through divorces.

“Coming from a marriage of 23 years, you know as a woman when to shut up, not because your husband’s a little bi*ch, but you know when to not escalate it because once that glass is broken, you’re not going to repair it,” said Peggy. “I was always a housewife before I even was on the show to be a housewife. I did laundry, I did cleaning, I’m still doing cooking. [The RHOC] should be a divorce show.”

Oddly enough, a report came out last year stating that Peggy and her husband Diko Sulahian got a divorce in 1995 following one year of marriage. The couple then reconciled shortly afterwards. However, no marriage certificate was found for the couple following the divorce. So technically, Peggy and Diko do not appear to be married.

Peggy wasn’t done with the shade throwing as she then took aim at Tamra for once calling her husband Diko a “little bi*ch.”

“If my husband’s a little bitch, what’s yours?” asked Peggy. “I’ve been married for 23 years, so if this is what a bi*ch is, you might want a little bi*ch.”

Things then took a turn for the icky when Peggy strongly implied that the serious health problems Tamra’s husband, Eddie Judge, is currently facing is Tamra’s karma for not showing her enough compassion when she was experiencing her health issues on the show. Eddie has been battling some major heart issues and recently underwent his sixth heart procedure.

“Eddie’s a very nice guy, I have to say but you know what? Payback’s a bitch,” stated Peggy, when asked about Tamra having to deal with Eddie’s health problems. “I don’t want to say that. I love Eddie. I mean, [but] God will punish you.”

Peggy continued to talk about the cast, saying they treated her even worse than what was shown by Bravo.

She later revealed that word is ‘ISIS’ and alleged Kelly was the one who called her that slur.

[Kelly] was very horrible,” shared Peggy, adding that “s**t hit the fan” following some drama with her co-stars during the cast’s trip to Iceland.

Peggy added that the ugly exchange led to a lot of “anxiety” for her during that trip.

As for where she stands with her former castmates today, she revealed that Tamra “blocked” her on social media, although she still had nice things to say about her. She had some kind words for Kelly too surprisingly.

“Well, Tamra blocked me. Kelly hasn’t blocked me yet,” she shared. “Kelly is a nice person. She’s just… You know what? She wants to have fun [but she’d rather] cause drama.”

“I like Tamra but Shannon didn’t let her get close to anybody,” continued Peggy. “Tamra is a nice person. She’s nice. I don’t have anything against her.”

SEE BEFORE & AFTER PLASTIC SURGERY PHOTOS OF PEGGY!

She then once again addressed the rumors put out by her estranged, and openly gay, brother Pol Atteu that she’s homophobic, denying his claims.

“I’m not homophobic. I’ve had gay friends since I was in high school,” said Peggy.  “I’ve always had gay friends. I don’t know where that accusation comes from, please don’t believe [it].”

When it comes to her brother, Peggy says his sexuality has nothing to do with their estrangement but rather other issues, as she went on to allege he once stole money from her.

“The reason why we don’t talk is that 23 years ago, when I got married at the age of 21, he stole money from me,” alleged Peggy. “He got my social security number, he went and wrote fake checks. He would sign my name… I didn’t know anything about it. I was pregnant.”

She claims she ultimately found out about the alleged fraud after she started getting phone calls from collection agencies.

“It took me 7 years to get my credit back. It messed up my credit,” she added.

She went on to call him “bad news,” adding that no one if her family has spoken to him in over “21 years.”

When it comes to her health, following a breast cancer scare, Peggy stated that she is doing “much better” these days.

Finally, she also gave some rather interesting marital advice!

“They say in Armenian that a woman either makes the house or breaks the house. That’s why we say the wife is the neck of the husband,” Peggy explained. “So, she’s the one who controls everything indirectly… because the dad doesn’t know anything that’s going on with the kids, or the bills, or anything, and this is what a good housewife should do.”

Alrighty! The current season of the RHOC airs Monday nights at 9/8c on Bravo.