Home Flipping Out Andy Cohen Finally Clarifies His Role at Bravo and If He Decides Which Shows or Housewives Get Axed, Reveals If Gina & Emily are a Good Fit for RHOC & Hints at End of Flipping Out

Andy Cohen Finally Clarifies His Role at Bravo and If He Decides Which Shows or Housewives Get Axed, Reveals If Gina & Emily are a Good Fit for RHOC & Hints at End of Flipping Out 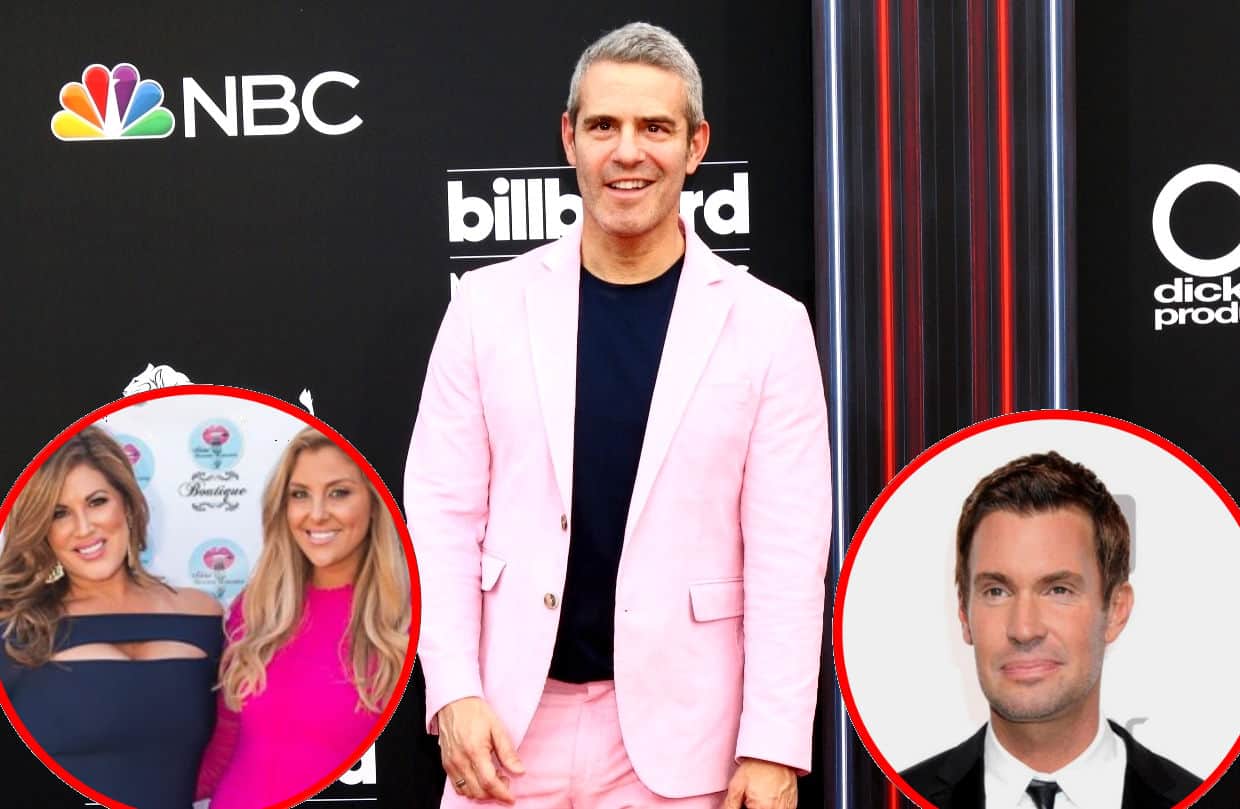 Andy Cohen is finally clarifying his role and position at Bravo network, as he explains what power he holds and does NOT hold when it comes to the network’s TV shows and stars.

The Watch What Happens Live host also discussed the potential end of Jeff Lewis‘ show, Flipping Out, during an appearance on Jeff’s radio show, Jeff Lewis Live, on Tuesday, December 18, and shared if he believed Emily Simpson and Gina Kirschenheiter are a good fit for the Real Housewives of Orange County.

Weeks after Jeff confirmed his Bravo TV contract had not been renewed following a massive falling out with his co-star and former partner, Jenni Pulos, Andy spoke of the season 11 finale and admitted that the last episode certainly looked like a series finale to him — and a “depressing” one at that.

“The last episode of Flipping Out felt like a series finale to me,” Andy said of the episode titled “The Final Flip.”

“It felt like the final episode of the series Flipping Out. Like the most depressing way that the series could ever end,” he continued.

Andy then went on to explain his current role at Bravo while discussing getting hate mail from fans of Flipping Out and other Bravo shows who blame him whenever a show gets cancelled.

According to Andy, he decided to step down from his previous role of being in charge of production and development a few years back once he decided to start hosting WWHL on a frequent basis.

He continued, “And then when WWHL went to five nights a week, I changed my role and I said ‘Okay, I can’t do all this.”

Essentially, Andy DOES have a say in who gets fired and hired for the Housewives franchises, along with his co-producers, but he has no pull when it comes to other Bravo shows. He did reveal that sometimes producers of some of the other shows do come to him to get his advice and feedback.

ANDY REVEALS HOW THEY DECIDE WHICH HOUSEWIVES TO FIRE!

“I don’t have anything to do with whether they pick Flipping Out up or how they feel about you,” said Andy to Jeff. “That is your relationship with Bravo. I have nothing to do with it.”

Jeff then brought up the RHOC, and asked Andy whether he believed the two newbies, Gina and Emily, were a good fit for the show or if there are plans to recast them.

“I don’t know. Who do you think should go?” asked Andy. “I think Emily and Gina did great, especially at the reunion. And I think there’s a lot there with both of them. I really like them.”

Safe to say the ladies’ jobs are safe for now! Andy’s comments do echo a recent report which stated the RHOC producers had no plans to fire anyone ahead of the next season.

Bravo has not yet commented on the future of Flipping Out.