Home Real Housewives of New Jersey News Find Out Why Danielle Staub Might Be Absent from RHONJ Reunion, As Ex Marty Caffrey Files Restraining Order Plus She Apologizes to Castmates

Find Out Why Danielle Staub Might Be Absent from RHONJ Reunion, As Ex Marty Caffrey Files Restraining Order Plus She Apologizes to Castmates 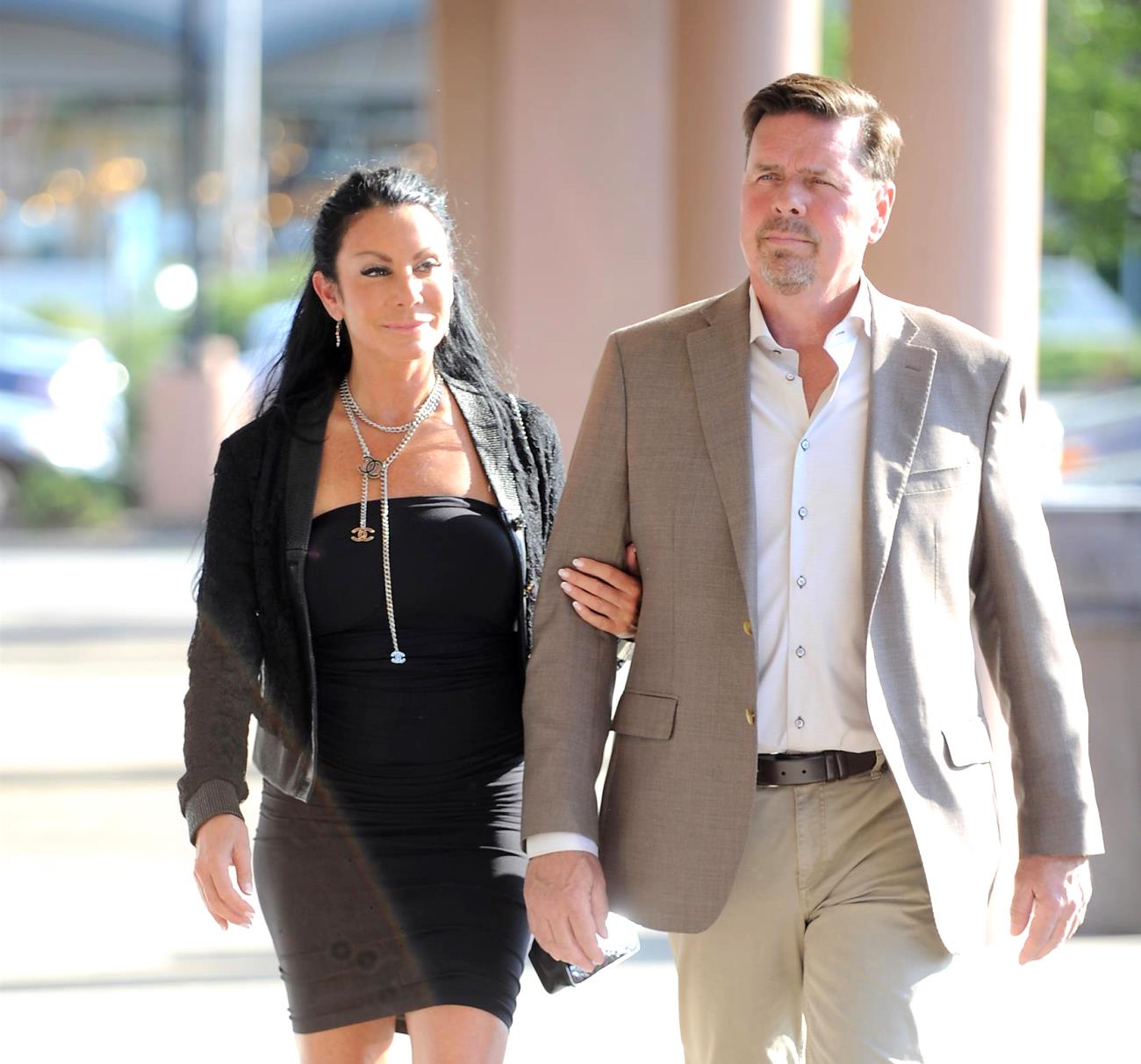 Marty Caffrey has filed a restraining order against his estranged wife, Danielle Staub. Also, Danielle is apologizing to her Real Housewives of New Jersey castmates as a new report reveals why she might have to miss the upcoming reunion.

“Hers is for publicity,” a source told Us Weekly on January 6.

Meanwhile, Marty reportedly filed his request “because of her desire to harass him through her thirsty need for publicity and to disparage him, amongst other things.”

According to the insider, unlike Danielle, Marty will not be releasing the dirty details of his restraining order request publicly.

While Marty’s request came just days after his estranged wife filed her own request, her rep shared that Marty’s filing may have been made in an effort to delay the impending finalization of their divorce.

“Marty’s time would be much better spent trying to settle the divorce so both parties can move on and put an end to this absurdity,” the rep said.

Danielle’s second and latest TRO request, keeps Marty away from her and her two daughters, Christine, 24, and Jillian, 20. It also got Marty kicked out of his $2 million home, which Danielle currently resides in.

In other Danielle news, a new report by Radar Online is revealing that she might have to miss the upcoming RHONJ reunion due to a court date.

See, the two exes are scheduled to face off in court on January 10 regarding the recent restraining order Danielle filed against Marty last week. And while the RHONJ reunion is scheduled to film that day, Marty reveals he has no plans of postponing the court date.

“I have no plans to allow a delay or a continuation on January 10,” Marty stated. “I don’t want it to be changed or postponed. This is more important than taping a reality show!”

A rep for Danielle however tells Radar: “A judge decides if there is going to be a postponement, not Marty.”

Finally, Danielle spoke about her desire to end her marriage to Marty quickly and accused him of tormenting and abusing her.

“I’m really eager to end this marriage as quickly as possible and I believe Marty is dragging it out to keep it present in the media and torment me and further abuse me,” she said in a video shared by TMZ. “He unscrews the light bulbs on the inside and the outside of the home. He turns the Nest heat down by using his iPhone to control it, and then he’ll turn it off at night when it’s completely cold, even if he’s not here. He disengages the garage bay opener, so I cannot get into the home. He locks me out of the home. Many other things that go on. He follows me around with amatory comments about my past and about, you know, things that aren’t necessary to be doing.”

“Marty refuses to mediate. He refuses to end the marriage which he filed for divorce for and now, I’m in agreement with him,” she continued. “We should not be married and I really wish it would just be over and get out of the public eye. He’s a liar and his behavior is, for a 67-year-old man, any age, I don’t understand going on social media and announcing you’re going to divorce your wife because I had a birthday party thrown by my daughter for me.”

Danielle then offered an apology to her Real Housewives of New Jersey co-stars for the way she behaved during filming on season nine.

“After watching the last two episodes of the show, I see how horribly I acted and I’m ashamed of my behavior and very embarrassed by it,” she admitted. “I want to apologize to all the ladies. I’ve been going through a lot and that doesn’t make any excuses for it, but they do deserve an apology. So, I’m trying to do that right now.”

Marty filed for divorce in September of last year, just four months after his wedding.