Home Real Housewives of Beverly Hills News Is RHOBH’s Lisa Vanderpump In Negotiations for Her Own Daytime Talk Show Amid Drama with ‘Backstabbing’ Co-Stars? Plus Lisa Shades Dorit on Twitter!

Is RHOBH’s Lisa Vanderpump In Negotiations for Her Own Daytime Talk Show Amid Drama with ‘Backstabbing’ Co-Stars? Plus Lisa Shades Dorit on Twitter! 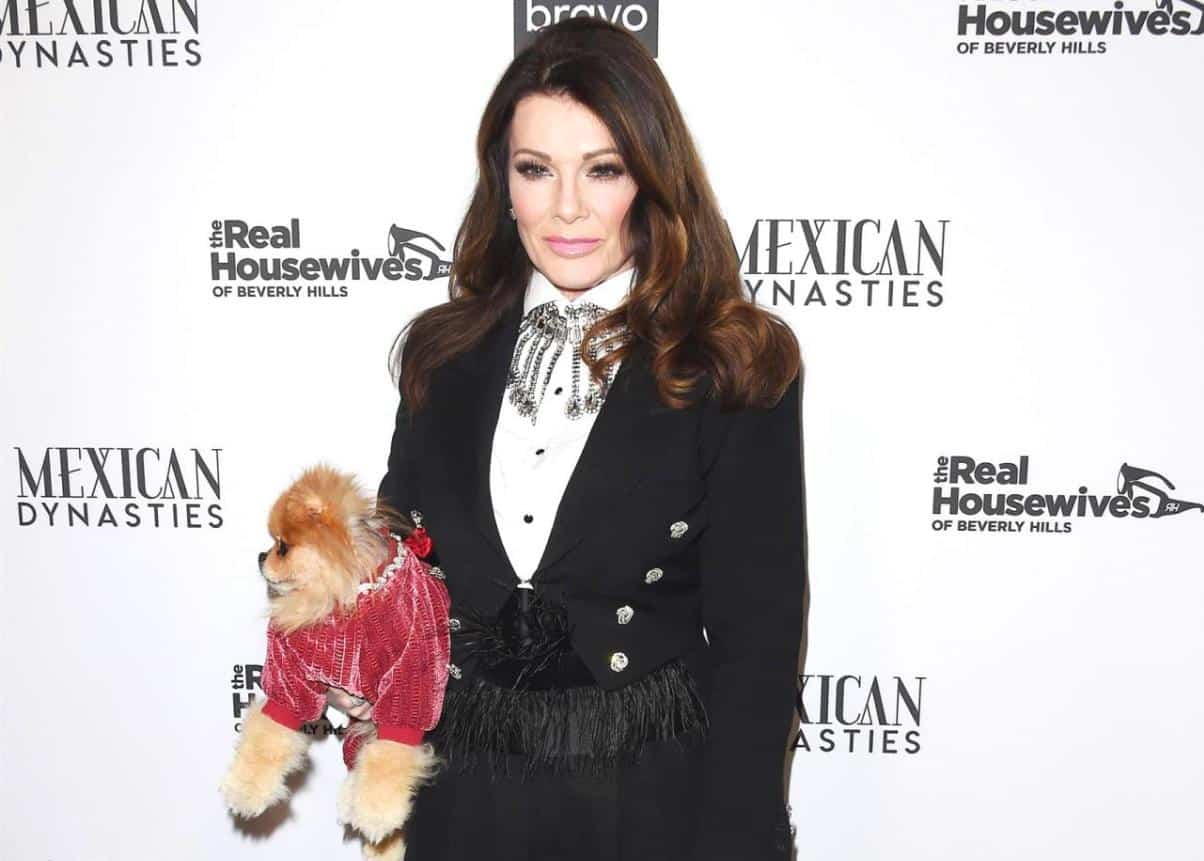 Lisa Vanderpump may be heading for more than just one new television project, as she is also taking aim at Dorit Kemsley on Twitter regarding Puppy Gate.

Following the reports of her upcoming Vanderpump Dogs series, the Real Housewives of Beverly Hills cast member is said to be in negotiations to host her own daytime talk show.

“Lisa had a particularly hard time dealing with the other Housewives this season and isn’t anxious to return,” a source told Star magazine in their April 1 print issue. “Now, she’s in top secret talks to host her own syndicated talk show in 2020, where she’ll be the boss and won’t have to put up with any backstabbing costars.”

As fans have surely noticed, Lisa has been estranged from her RHOBH co-stars for the past several months and because of their feud, many have suspected Lisa may not return to the show for season 10. Lisa has however addressed those exit rumors in a number of interviews, making it clear she has yet to make a decision when it comes to her future on the show.

In addition to Lisa’s Vanderpump Dogs project, she’s also been rumored to be launching a spinoff based out of her new restaurant and bar in Las Vegas, the Vanderpump Cocktail Garden, which opens at Caesar’s Palace tomorrow, Saturday, March 30.

In more Lisa news, following the latest episode of the RHOBH during which Dorit accused Lisa of leaking a story to the press, about a dog she adopted from Vanderpump Dogs ending up at a shelter after she gave it away to someone, Lisa took to Twitter to throw a little shade.

During Tuesday night’s episode of Watch What Happens Live, comedian Paul Scheer appeared with Erika Jayne to discuss the doggy drama. After his TV appearance, Paul took to Twitter the next day to defend Dorit, stating she had given the dog away to a “close friend” and shouldn’t be blamed for the ensuing drama.

She gave the dog to a close friend. Who wanted the dog. Your anger should be at that friend. You want Dorit to be responsible for someone’s else’s actions? Also the issue isn’t about Dorit giving the dog away it’s about how it was handled afterwards. That’s the issue

Well, Lisa fired back, repeating an earlier claim she made in her Bravo blog weeks ago when she stated Dorit did not even remember the name of the person she gave the dog Lucy to.

“[He] thinks it was a close friend @paulscheer clearly doesn’t pay attention.. As she didn’t know her name,” wrote Lisa.

@despayre_he thinks it was a close friend @paulscheer clearly doesn’t pay attention..
As she didn’t know her name pic.twitter.com/ENlIrBX2Ys