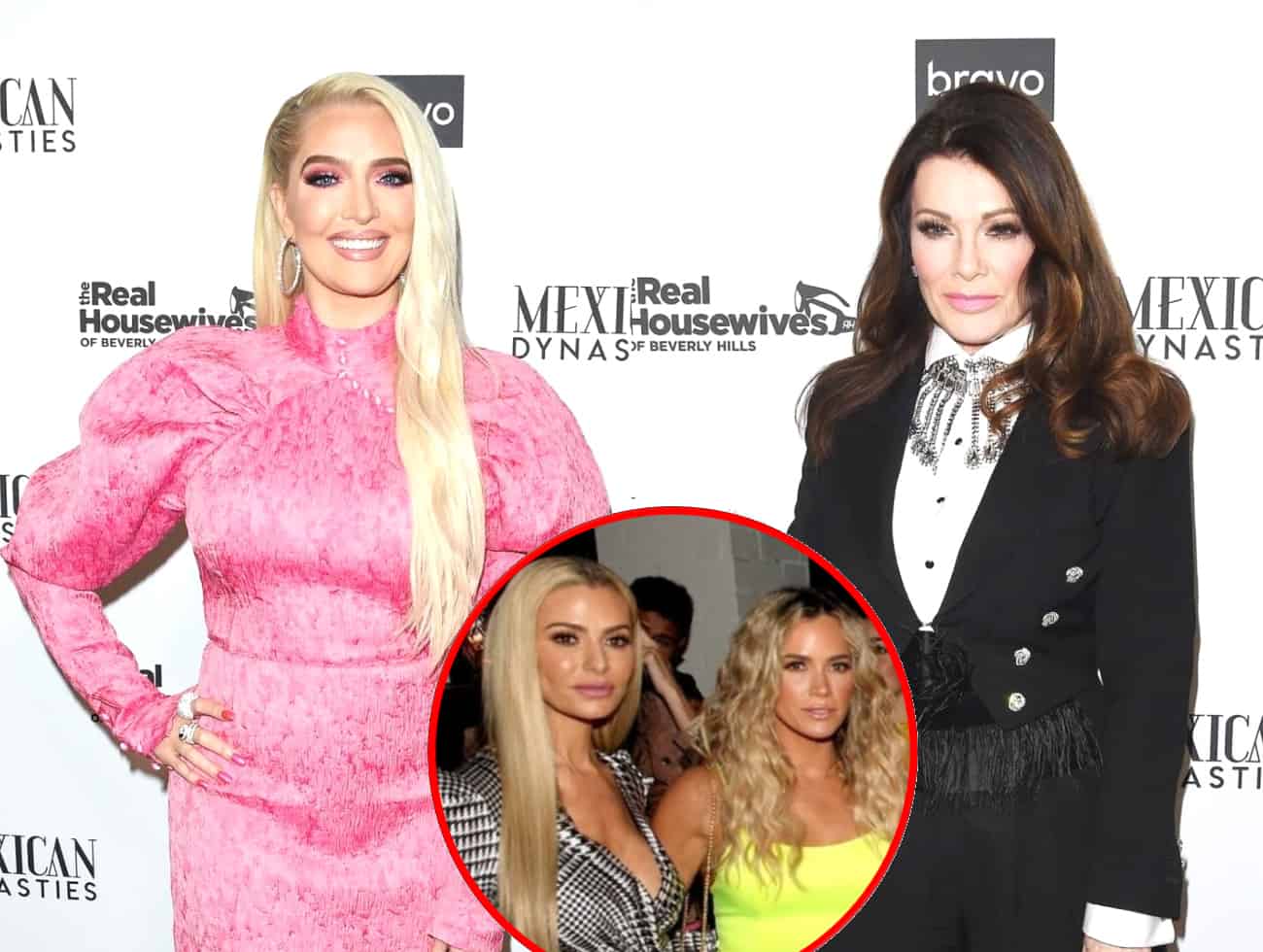 The Real Housewives of Beverly Hills star Erika Jayne is revealing why she actually feels sorry for Lisa Vanderpump amid the ongoing Puppy Gate drama, as Dorit Kemsley and Teddi Mellencamp are reportedly feeling “relieved” and “vindicated” following the latest episode of the Bravo show.

In a new interview, Erika first denies taking sides when it comes to the ugly feud in which Kyle Richards, and other cast members of the RHOBH, are accusing Lisa of leaking a story to the media about Lucy, a dog Dorit adopted from Vanderpump Dogs, ending up at a shelter.

“It’s a story that we knew was going to take a lot of explaining and getting that out to the audience and showing all sides to the story,” said Erika, who recently launched her own collection with ShoeDazzle, to Us Weekly. “I’m always on Erika’s side. And I happen to be on the truth side of this story, the way I see it.”

Erika then surprisingly reveals she actually feels bad for both Lisa and Kyle following the heated confrontation that took place at Lisa’s home, which led to the end of their friendship.

“I feel bad for both of them. I feel bad for Lisa and for Kyle because it was a very tough place for them and their relationship,” she shared. “To confront each other with their true feelings and to be screamed at and basically shown the door and have someone’s husband scream in your face doesn’t feel great.”

In other RHOBH news, after seeing the way in which the doggy drama has been wrapping up on the show, Dorit and Teddi, as well as several of their co-stars, are reportedly ready to move on as they now feel the truth has finally come to light.

“All of the ladies of RHOBH are feeling relieved now that the episode of Lisa’s involvement with PuppyGate has come out,” a source told Hollywood Life. “Dorit and Teddi feel like they’ve been dragged through the mud with this whole scandal, and they feel a bit vindicated after last [week’s] episode where Lisa’s involvement finally came to light.”

Since the start of The Real Housewives of Beverly Hills season nine, the cast members of the show, and the viewers watching at home have been attempting to find out who it was that leaked a story to Radar Online that claimed Dorit abandoned a chihuahua named Lucy, who she adopted from Vanderpump Dogs.

Although no one has actually come forward and admitted it was them, the majority of the cast believes it was Lisa, who enlisted her Vanderpump Dogs employee, John Blizzard, to put Teddi up to spreading the horrible story about Dorit.

“It’s been very hard for the ladies to not say how they feel, but they feel so much better knowing the truth is starting to show,” the source continued. “They are adamant that they’re being truthful in where they stand with everything and have had a tough time due to network rules not exposing their truth.”