James Kennedy Accuses Jax Taylor of Secretly Trying to Take Him Down, Gives Update on Relationship with Mom Jacqueline and Dishes on Vanderpump Rules Reunion 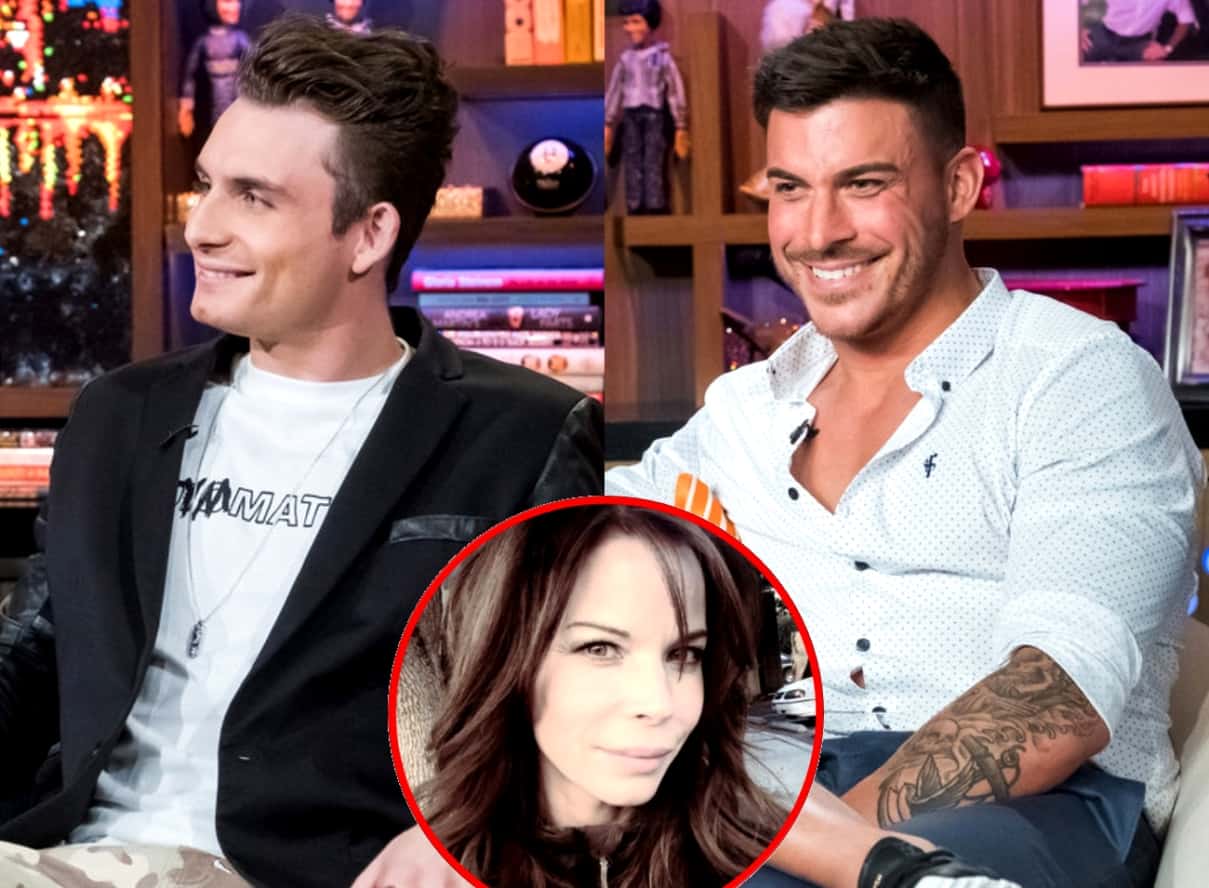 James Kennedy may have reignited his feud with Jax Taylor during the March taping of the Vanderpump Rules season seven reunion.

During a recent interview on The Daily Dish podcast, the DJ opened up about the reunion and also spoke about his relationships with his girlfriend, Raquel Leviss, and his mom, Jacqueline Georgiou, who caused quite a stir when she appeared on a couple of episodes earlier this season.

“I’m nervous about that,” James said of the then-upcoming taping. “The reunion is going to be interesting.”

“Me and Jax are going to get into it aren’t we? No I’m just kidding we’re not but we probably will,” he continued.

According to James, he believes Jax has set out to take him down. Last month, Jax was accused of being behind the leak of a video that purported to show James doing drugs. That video ended up being a fake as it wasn’t James in the clip.

“I feel like he’s the glue to this conspiracy against James Kennedy. Well, him and Katie, obviously, but Katie’s very out there with it and Jax is more behind closed doors,” he explained.

Although James was worried about a potential dispute with Jax at the reunion, he shared that he is currently on good terms with a number of his co-stars, including Tom Sandoval, Scheana Marie, and Ariana Madix.

James is even in a good place with Tom Schwartz, who he labeled a “weasel” during season seven.

“I’m sure people can guess who I’m not good with,” he teased.

As for his model girlfriend Raquel, James revealed she was not with him in New York at the time of his interview because she was fresh off a trip to France for Paris Fashion Week where she was “killing the [modeling] game over there.” That said, their relationship “couldn’t be better.”

Also going well is James’ relationship with his mother.

“Mom is doing good,” he confirmed.

Throughout season seven, Jacqueline was criticized for leaning on her son for financial support and many cast members, including Kristen Doute and Lala Kent, lashed out at her online. However, when it comes to James, he was happy to see her on the show and be able to publicly discuss their issues, even though he didn’t initially realize just how much she’d filmed.

“She really filmed a lot more than I thought she was this year and that took me by surprise,” James admitted. “She didn’t tell me about a lot of the filming days. I’d be working into SUR and then I’d see my mom come out. And I’m like, ‘Uh hi, what are you doing here?’ It’s a little sneaky but whatever.”

“I think it’s cute that we’ve got this footage,” he continued. “I think we did talk about real topics and I’ve had some amazing feedback. I’ve got a lot of mothers that have messaged me about it. I think I’m projecting realness through this show and I think watching it back with my mom, we know what we are doing here and we’re not embarrassed. We don’t worry about what the f**k people are thinking.”