Home Real Housewives of Beverly Hills News Erika Jayne Teases Who Becomes the New Villain on RHOBH Following Lisa Vanderpump’s Semi-Exit and Admits the Cast “Turned On Each Other,” Plus She Responds to Lisa’s ‘Pigs’ Diss and RHOBH Live Viewing Thread!

Erika Jayne Teases Who Becomes the New Villain on RHOBH Following Lisa Vanderpump’s Semi-Exit and Admits the Cast “Turned On Each Other,” Plus She Responds to Lisa’s ‘Pigs’ Diss and RHOBH Live Viewing Thread!

by Lindsay Cronin May 7, 2019 439 comments
ShareTweetWhatsappPinterestRedditTumblrMailFlipboard 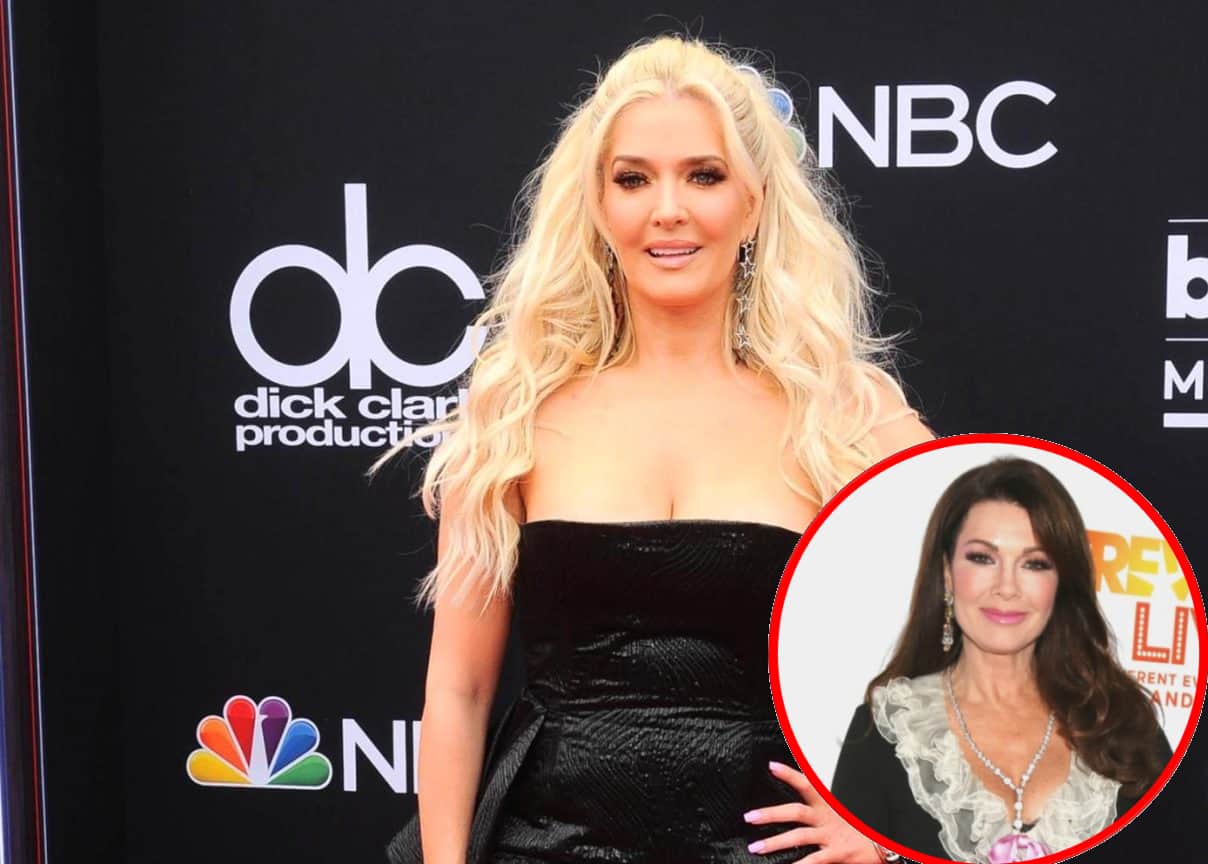 What will happen between the Real Housewives of Beverly Hills cast after Lisa Vanderpump‘s semi-exit from the show?

During a new interview, Erika Jayne spoke out about what fans can expect to see from her and her co-stars during the remainder of the season and teased about the tension between them.

“There’s lots of shifts in the group going forward,” Erika teased during a recent interview with Entertainment Tonight. “Certainly a cast member not showing up after a certain time, you know, changes the dynamic.”

Following the last episode of the series, Lisa, who will not be featured on tonight’s episode, will no longer be shown in scenes with her co-stars.

“It was definitely a difficult spot. We didn’t know what was going on … Because we were thrown such a curve, we, as a cast, kind of gelled together in a way that we have not the previous seasons before,” Erika recalled.

According to Erika, Lisa has been “playing her own game” online and in the press since she started refusing to film The Real Housewives of Beverly Hills with her co-stars. For example, rather than confronting her co-stars on the show, she’s been taking aim at them on Twitter and Instagram and recently implied they were acting like pigs.

“Pigs are smarter than dogs,” Erika explained. “It’s a scientific fact. You know what? I’ve been called a lot of things and especially this year, the vitriol has been really, it’s been intense.”

While rumors have been swirling which suggest Lisa may not attend the upcoming reunion, Erika told ET: “[Lisa] should show up. And she should tell her side of the story, and she should sit down with the rest of us and talk about what happened … I hope she’s right in the middle with all of us so that we can all see each other and hear each other equally.”

Although Erika does think Lisa is holding back the truth, on at least some counts, she confirmed she was neither mad or happy with her co-star.

As for what fans can expect to see in the coming episodes, Erika said the majority of the conflict between her co-stars surrounds series “friend” Camille Grammer and implies Camille becomes the new villain among the cast.

“There’s some interesting dynamics with Camille [Grammer] and the group,” she teased. “She has a strong opinion about a lot of stuff. It seems to go against the strong opinions of herself, quite honestly.”

While Camille was absent, along with Denise Richards, during the cast’s trip to France, the drama was not. In fact, as Erika revealed, there was tons of “unnecessary yelling, and poking, and prodding, and picking, and sticking” throughout the ladies’ vacation.

“You know, when you’re drunk, you talk s**t. That’s what happens,” she explained. “I think we talk s**t about everybody! And everybody turned on each other. You know, it was typical.”

In a series of tweets last week, Camille admitted that the producers asked her to step it up after Lisa stopped filming with the cast. 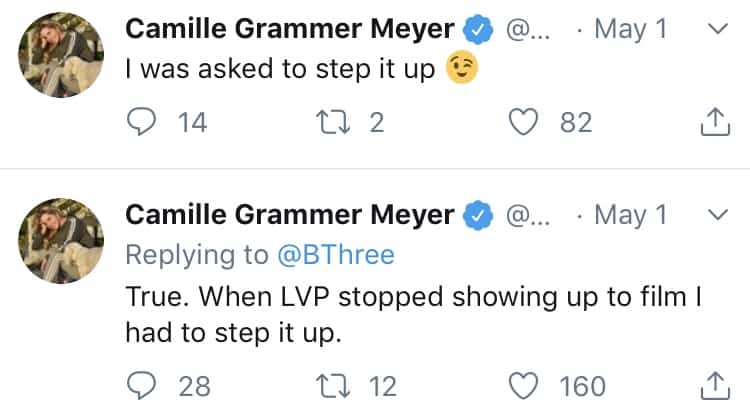