Lisa Vanderpump Reveals Which RHOBH Costars Should Take a Lie Detector Test at Reunion, Plus Cast Suggests Camille Grammer is Afraid of Lisa

by Lindsay Cronin May 30, 2019 202 comments
ShareTweetWhatsappPinterestRedditTumblrMailFlipboard 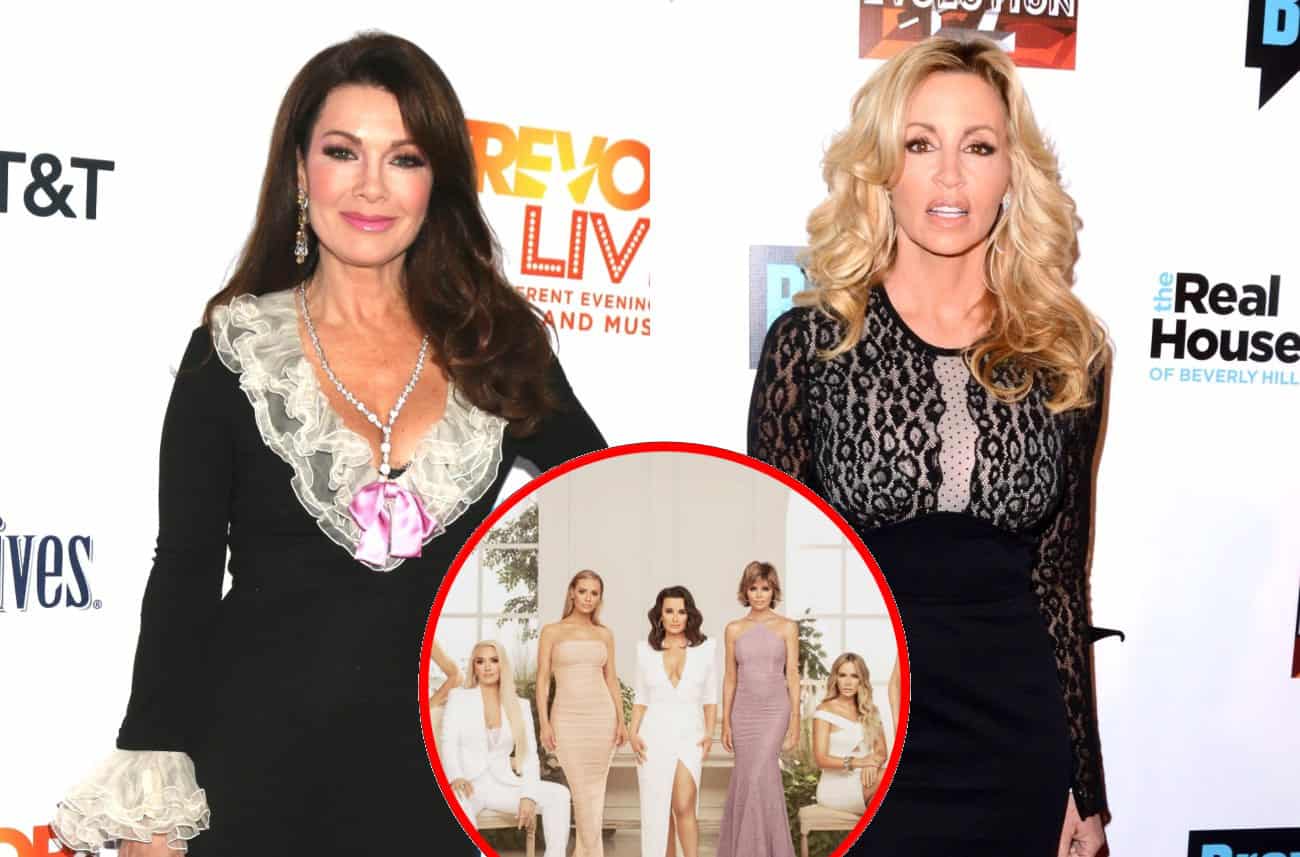 Lisa Vanderpump is revealing she would like her Real Housewives of Beverly Hills castmates to take a lie detector test at the upcoming reunion as the cast is also suggesting that Camille Grammer might be afraid of Lisa.

Lisa is more than ready to pass the torch when it comes to her polygraph test.

During her solo segment for the RHOBH After Show, Lisa explained her decision to take a lie detector test about her alleged role in Puppy Gate and suggested her co-stars do the same.

Lisa then revealed she would like to see all of her co-stars take a lie detector test at the reunion next week as she feels it might have been one of them who actually leaked the story.

“I don’t know who did but do I think who might have a motivation, somebody who might want to make me look bad? I think they should all take a lie detector. I think you should have the reunion and have each and every one of them lined up. How about that? I’ve done it. Can you?” she wondered.

“Camille had been saying that she was very hurt that Lisa didn’t come to her wedding and that she wished she could have been there on such an important day and then, when we are leaving Hawaii, Lisa Rinna gets some tweet with a PEOPLE Magazine article saying, ‘Thank God for Lisa Vanderpump,'” Kyle recalled.

As fans saw on the show, Camille complained about Lisa’s absence from her wedding on a number of occasions and made it clear that she should be there. Then, during an interview with PEOPLE, she said she completely understood and respected Lisa’s decision.

“We’re like, ‘She didn’t even show up to your shower or your wedding,'” Kyle recalled. “We don’t care that she said something nice about Lisa but you were saying negative things and now you are saying nice things in the press and she’s not even here.”

“I think a lot of them felt slighted,” Denise explained.

According to Erika, Camille may have been afraid to share her true thoughts with Lisa.

“I wonder… is she afraid to really say how she feels about Lisa Vanderpump? Like if you say some things in one company, why aren’t you consistent?” Erika asked. “Is it because you are afraid?”

In her own After Show segment, Teddi was a bit more blunt and suggested Camille was playing nice with Lisa in an effort to expand her season nine storyline.

“I think she tells whoever she’s talking to what she thinks they want to hear,” Teddi suspected. “I think she wanted to have a bigger story and be able to talk about Lisa Vanderpump because it had already been rumored that Lisa wasn’t filming with us and ‘Here! I’m her savior and I miss her and she’s been so amazing to me and now we can talk about that.'”