Where Does Tom Sandoval Stand With James Kennedy After the Vanderpump Rules Reunion? Plus James Shares New Photo With Lala Kent! 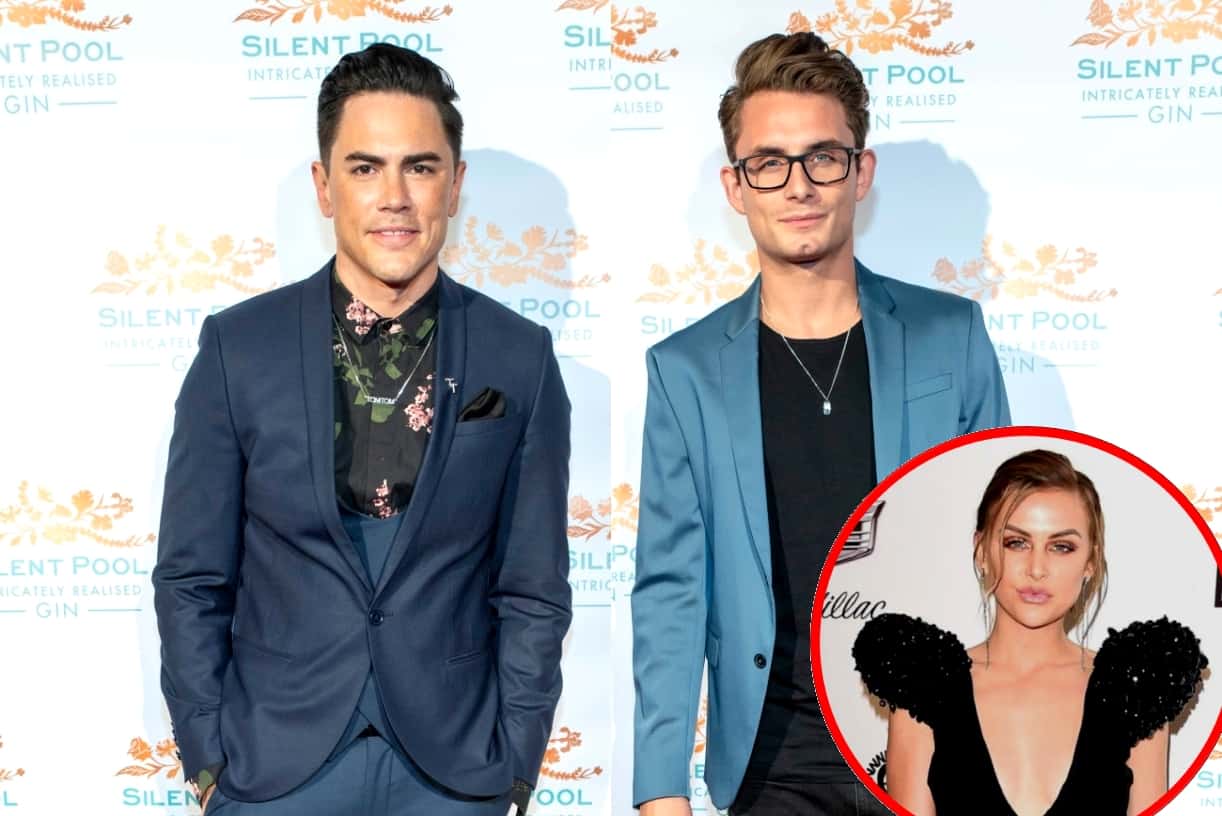 Tom Sandoval seemed to be James Kennedy‘s only supporter during the Vanderpump Rules reunion but where do they stand today?

After Tom’s allegiance to James caused a major problem for a number of his co-stars, including Jax Taylor, who temporarily removed Tom from his best man role in his and Brittany Cartwright‘s wedding, Tom and James have offered an update on their relationship.

On May 30, Tom shared a couple of posts on his Instagram page and in one of his Instagram Stories, he and James were seen with their arms wrapped around one another.

“Ladies and gentlemen, the two best friends anyone can ask for!”‘ James announced in the clip. 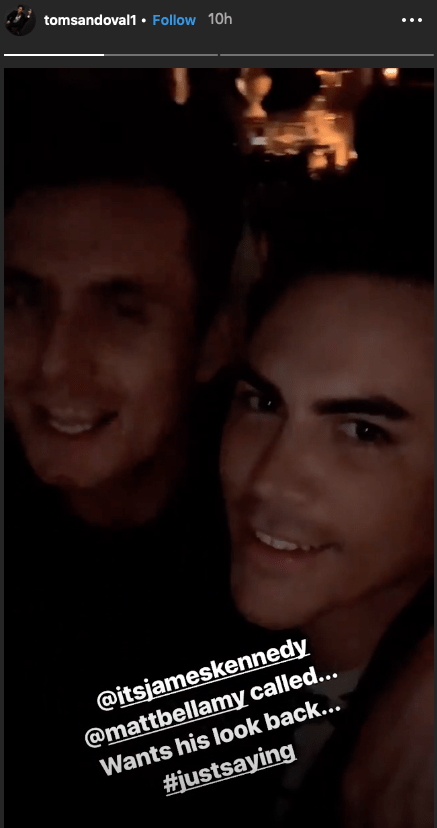 In another post, Tom and James were seen posing with friend Jesse Montana and their girlfriends, Ariana Madix and Raquel Leviss, respectively.

During the three-part reunion last month, Tom and Jax had a heated exchange over Tom’s support of James.

“You’re the only person that wants [James] here!” Jax yelled at Tom during a break from filming backstage. “It’s the weirdest thing!”

“Yeah, but guess what? When James starts talking, it’s nine people coming at him,” Tom replied.

Following the on-camera dispute between Tom and Jax, Tom spoke to Us Weekly and confirmed that despite their reunion drama, he was still acting as best man in Jax’s upcoming wedding. Then, one week later, while chatting with Entertainment Tonight, Jax and Brittany suggested Tom’s role in their wedding was up in the air.

In more Pump Rules news, weeks after making the surprising revelation that Lala Kent reached out to him to mend their friendship, it appears James and Lala are making progress in their relationship.

James took to his Instagram page during the early hours of June 1 to share a new photo with Lala as he revealed they had just recorded a new song together.

“We made a dope record in the studio today, glad to have my friend back. Get ready for some pure fire ???? #RideWithMe,” wrote James on May 31 in the now deleted post. A screenshot is below. 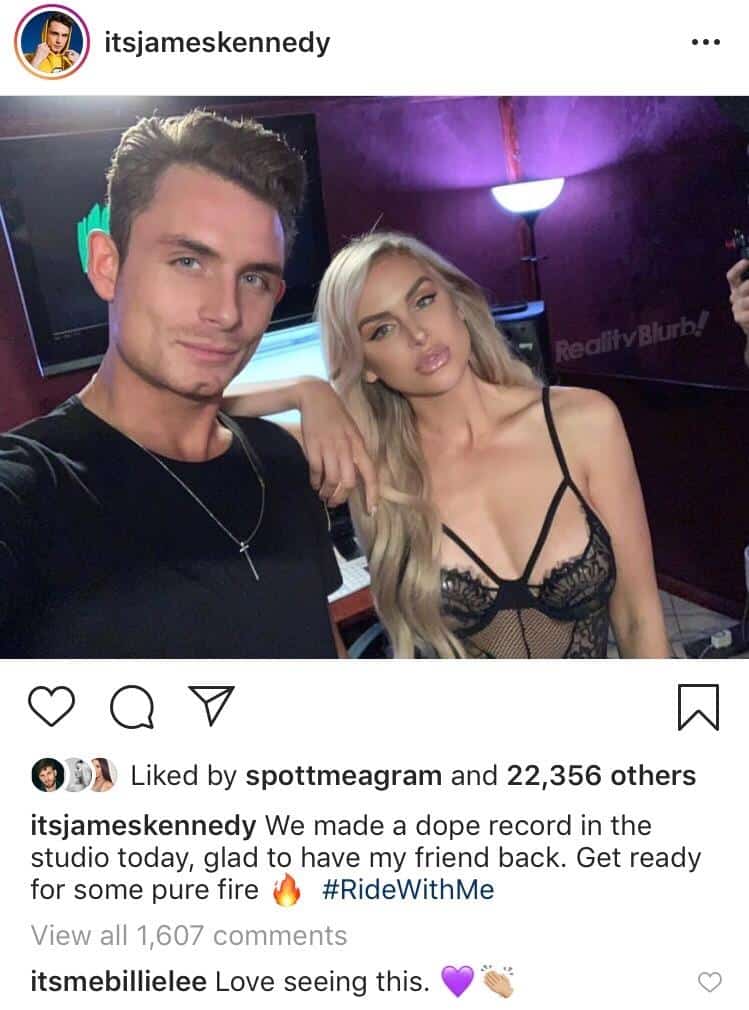