Home Real Housewives of Beverly Hills News Tamra Judge Reveals Why Lisa Vanderpump Should Have Attended the RHOBH Reunion, Plus Would She Quit the RHOC if She Was Demoted?

Tamra Judge Reveals Why Lisa Vanderpump Should Have Attended the RHOBH Reunion, Plus Would She Quit the RHOC if She Was Demoted? 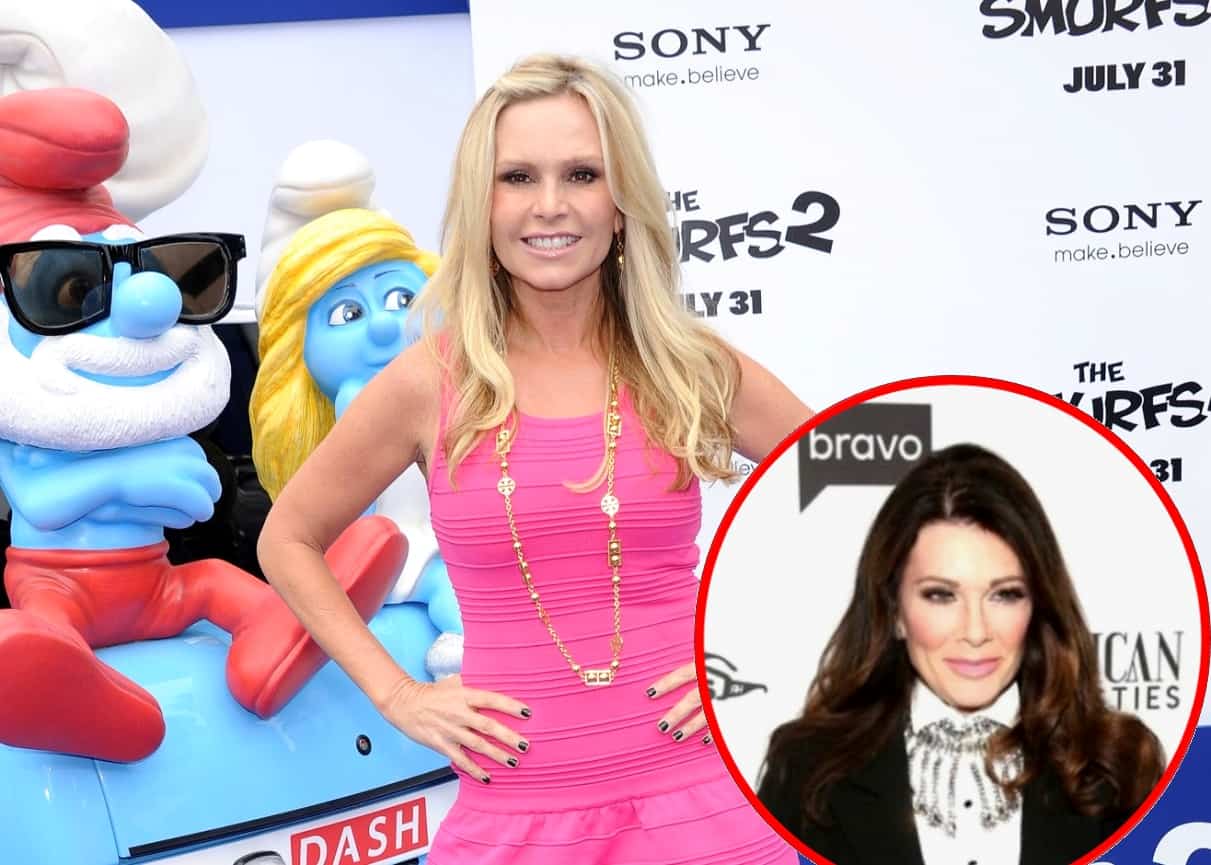 Tamra Judge is weighing in on a series of Real Housewives hot topics.

“I mean, quitting the show instead of defending yourself… I think [Lisa] should have shown up to the reunion,” Tamra told Us Weekly on September 3.

Lisa left the cast of The Real Housewives of Beverly Hills in June after filming nine seasons. Prior to her exit, Lisa had been accused by several of her costars of leaking a negative story about Dorit to Radar Online. The story accused Dorit of abandoning the animal she adopted from Vanderpump Dogs.

“I think she should of [attended the reunion]… even if she sat down and said, ‘Listen, I didn’t do it, I’m sorry you feel that way,’ or, ‘I did do it. I’m sorry. I got annoyed.’ Because the truth is, we have connections with everybody. We’ve been done interviews with everybody. If we wanted to leak a story, everybody could,” Tamra pointed out.

As for her thoughts on Dorit and the scandal now known as Puppy Gate, Tamra agreed with several members of the RHOBH cast and said Dorit should have returned the animal straight to Lisa, rather than re-home the animal with someone else.

“I think she should have reached out to Lisa first and said, ‘Listen, the dog is biting. Here you go,'” Tamra said.

Tamra also addressed Camille Grammer‘s decision to bring up Dorit’s financial issues to the cast by mentioning that she allegedly owed a good bit of money to one of her friends.

“I think… in the Housewives world… that’s the last alternative,” Tamra explained. “That’s reunion stuff. Don’t talk about it on the show. That’s like when someone really makes you mad and it’s like, ‘Your husband owes my friend money.’ That’s one you keep in your back pocket.”

Also during her interview, Tamra was asked if she would stick around on RHOC if she was demoted to a friend role after starring full-time for years.

“That’s a tough one, and I was actually just talking about that with a friend,” Tamra admitted. “I don’t know. I feel like [if] there’s a point where I’m not that interesting, then I just might leave on a high note and just go, ‘OK, I’m done.’ I don’t know that I would stay as a friend.”

“I just feel like, you know, there’s gonna be a time when everything … I don’t know! I can’t say, because you just never know. But, who knows?” she added.