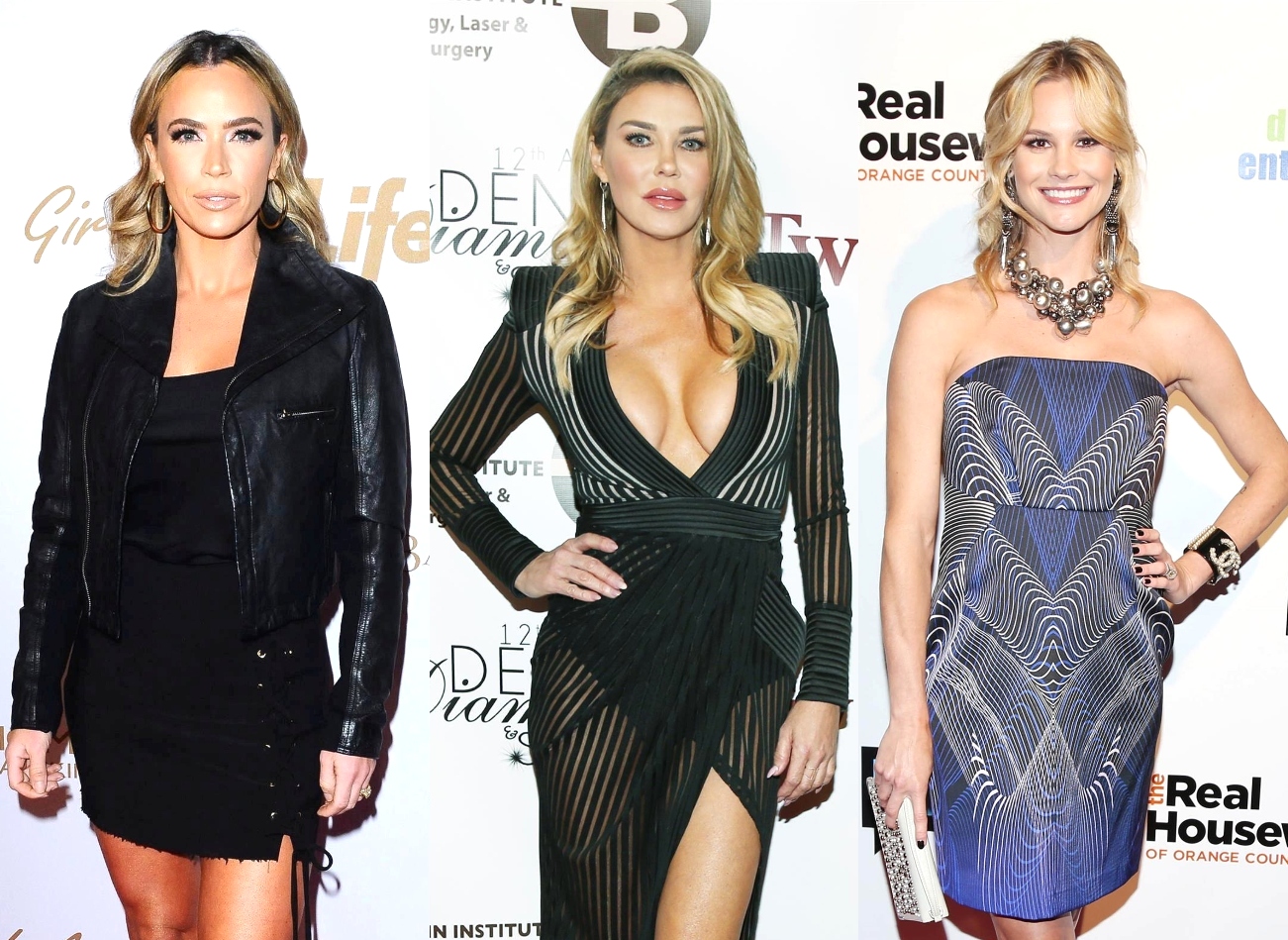 Teddi Mellencamp and Brandi Glanville aren’t impressed with the way in which Meghan King Edmonds and her estranged husband, Jim Edmonds, have exposed their marital issues publicly.

As the former Real Housewives of Orange County cast members prepare to divorce amid claims of an inappropriate relationship between Jim and their nanny, the Real Housewives of Beverly Hills stars appeared on Teddi’s podcast, where they slammed Meghan and Jim for sparing with one another in the press.

“Ugh, gross. I can’t even with either one of them,” Brandi said on Teddi Tea Pod. “They are doing it all publicly.”

“We have two narcissists. They have to play this out in the public [to get more attention]. It’s like, victim, victim, victim… I don’t understand it,” she continued. “I feel bad for her situation but the fact that [she’s] acting like [she’s] shocked about this and then sharing it so intimately but in a public forum, I don’t understand how that’s going to help them repair anything.”

According to Brandi, she doesn’t believe things between Meghan and Jim will ever be repaired. Teddi agreed and added that she would never put up with her husband, Edwin Arroyave, hanging out with their nanny.

“It doesn’t matter to me if he hooked up with the nanny or not,” Teddi continued. “To me, if Edwin was going to events or doing things with mommy’s helper, he would be dead. Even when I read his thing where it said, ‘I support her. I’m helping her grow and mature into a woman,’ it was so weird. Also, I’m sorry, after it was found out he had deleted all these photos of this nanny, I’m like, ‘Why are there photos of the nanny on your Instagram anyway?’”

“He’s not a smart cheater,” Brandi replied. “Jim [was] obviously being inappropriate with the nanny.”

Teddi went on to explain that because of Jim’s past, which includes rumors of infidelity behind the backs of numerous women, Meghan likely knew he would eventually find someone new, even if that meant stepping out on their marriage.

While Teddi said that she found Meghan’s blog to be “touching and warm,” she didn’t understand why she shared a “so raw” selfie right after Jim’s divorce filing was confirmed and revealed she never would have done so herself.

“I understand your need to want to scream back but this was not made public,” Brandi explained of the allegations made against Jim and the nanny. “We didn’t know this was happening until she put it out there. I feel like, yes, in certain occasions it can help people [to go public], but I don’t think this is helpful for her if she wants to recover from the situation with her husband.”

As fans of RHOBH will recall, Brandi dealt with her own marriage being torn apart by infidelity in 2009, when her former husband, Eddie Cibrian, was caught cheating on her with his now-wife, country singer Leann Rimes, as they filmed Lifetime’s Northern Lights.

“With Mason, he was six, so he remembers everything,” Brandi admitted of her son. “It [was] public. [He and Jake] know, but I never sat and told them. Jake, my youngest son, is like, ‘If you were my wife, I would have never broken up with you.’ So they are aware and they definitely give me extra love and I love it.”

Also during her podcast episode, Teddi spoke of her first marriage to Matthew Robertson and explained why they were likely doomed from the start.

“I got married to my first husband in my early twenties and it got to the point where he was my best friend but we weren’t in love with each other,” Teddi revealed. “I was at that point, and I think he was too, where like, ‘If we don’t break up, we are probably going to cheat on each other.’”

“We changed and it wasn’t that he wasn’t a good guy or that we weren’t happy, we just weren’t in love with each other and we weren’t willing to work on it,” she added.