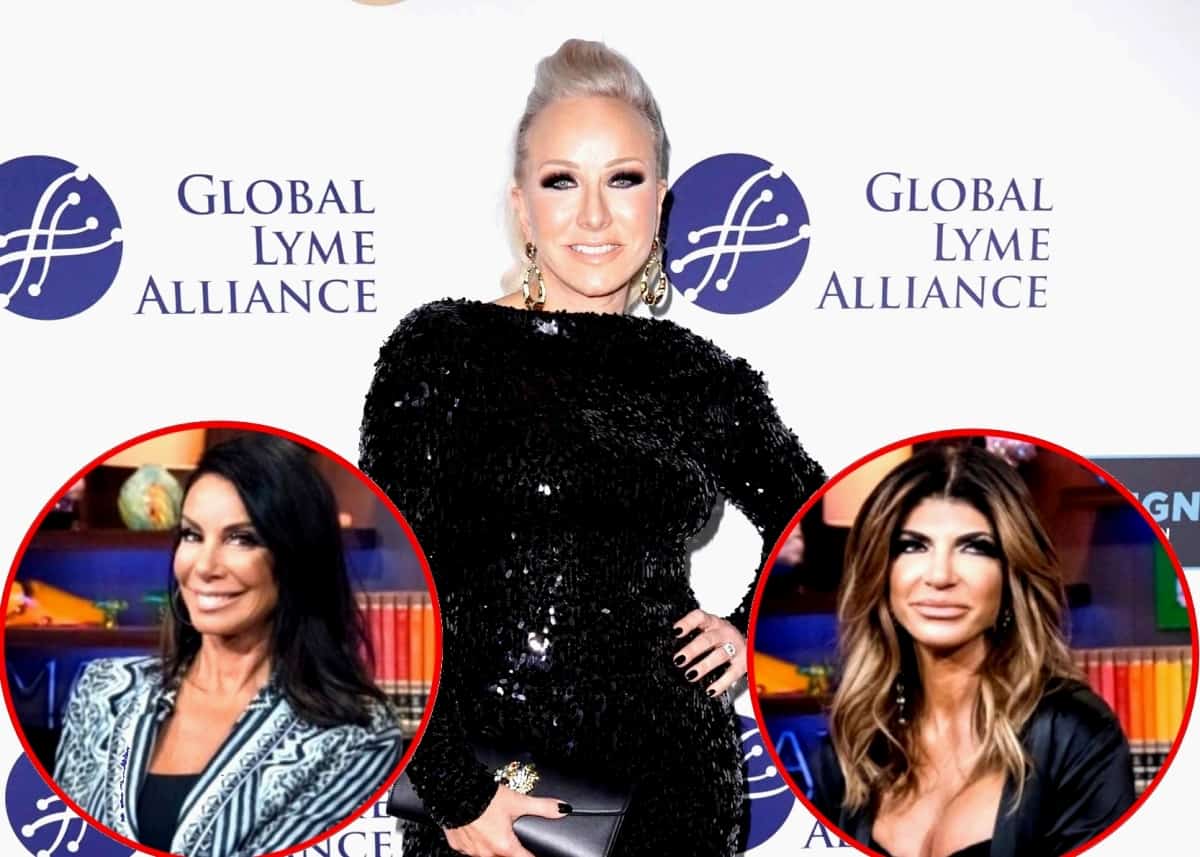 The Real Housewives of New Jersey star Margaret Josephs is addressing claims made by Danielle Staub that she caused her recent divorce to Marty Caffrey. Plus, she reveals if she regrets what she said about Teresa Giudice in the season 10 trailer.

It’s hard to believe that Margaret and Danielle were once close friends, given their dramatic falling out we witnessed over the course of last season. And Danielle’s recent claim that Margaret was the one who broke up her brief marriage to Marty just added fuel to the fire. But is there any truth to this accusation?

Fans will never forget the jaw-dropping moment from the season nine finale when Margaret and her husband Joe Benigno pushed Marty into a pool during a heated fight, an incident that likely sealed the deal on the reality stars’ broken friendship.

“[Marty] deserved it,” Margaret said of the event in an interview with Too Fab. “And it was great for the fans. Win-win for all!”

However, Margaret’s disdain for Marty didn’t last long. According to the Bravo star, Danielle’s now ex-husband called Joe “to make up.” Since then, they’ve become friends.

“I actually felt sorry for Marty because — and this is all public information — she publicly trashed his family, filed a restraining order on him, accused him of abuse, all those things,” Margaret explained. “So I said to him, ‘After she has publicly trashed your children, your family, accused you of heinous acts, I would not want you to go back to her. I think that you’d be very sorry to do something like that and humiliate yourself one more time and be made an a** out of.'”

And while Margaret admitted to feeling sorry for Marty getting involved in Danielle’s antics, Danielle sang a different tune. As fans saw in the drama-filled trailer for season 10, the controversial Bravo star expressed to Teresa that Margaret was the reason she and Marty ultimately didn’t work out.

“I mean, that would be amazing if that was the case! I don’t know how I could’ve even done that, considering we weren’t even speaking,” Margaret joked, regarding Danielle’s accusation. “I can’t be the cause of anyone’s divorce, but that she could not even take responsibility for that just shows her mental state. I’ll leave it at that. I just find it so entertaining.”

“Obviously, I’m psychic because they did file for divorce eight weeks after getting married,” the reality star continued, sarcastically. “I always feel vindicated when I’m right.”

And while Margaret is known for speaking her mind on the show, she admits that some of the things she said in the season 10 trailer were “misleading” — namely, when she was filmed suggesting Teresa was having an affair while her husband was behind bars.

“I have to watch back the context of it,” Margaret explained of the explosive trailer. “When they show another part of [another teaser], I’m asked point-blank about her [cheating] rumors, and I say, ‘I don’t care. I don’t care what goes on behind closed doors, and it’s none of my business.’ I made that blanket statement because I really don’t care what anybody does, and I’m not here to judge.”

Margaret also admitted in her interview that when it came to her talking about Teresa “cocktailing it up,” she was likely “repeating what was said” or “repeating a story,” adding that she couldn’t recall every detail of the recorded conversation.

The Real Housewives of New Jersey airs Wednesdays at 8 p.m. on Bravo TV.