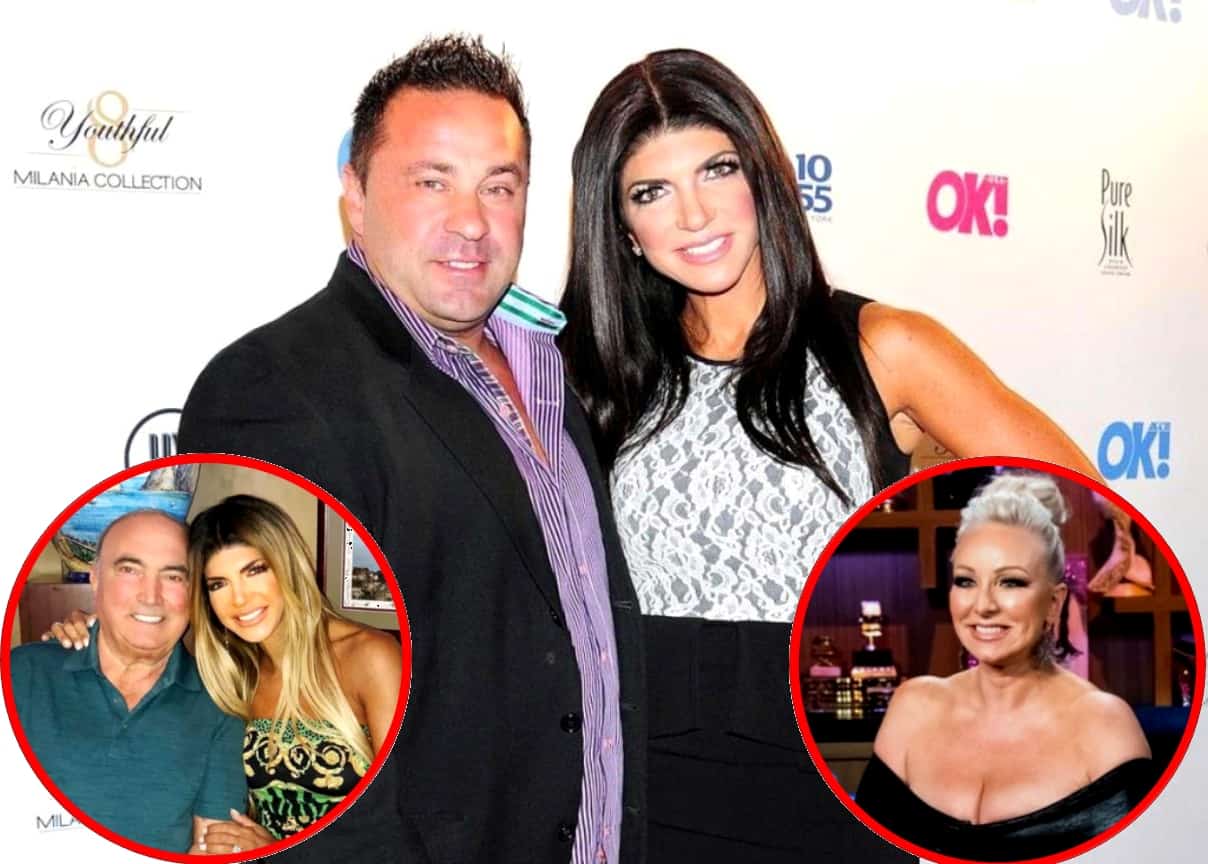 The Real Housewives of New Jersey star Teresa Giudice reveals how her father feels about her relationship with Joe Giudice and in a separate interview, addressed rumors that she isn’t getting along with her estranged husband’s family. She also explains what was going through her mind when Margaret Josephs poked fun at her in this week’s episode.

Just a few episodes into season 10 of RHONJ, Teresa’s father has become an undeniable presence on the show as he now lives with his daughter in the Giudice home. And after viewers saw him speak about how Joe “did nothing right” in Wednesday night’s episode, Teresa went into more detail about her father’s feelings toward her husband while on Watch What Happens Live.

Teresa explained on the late-night show that her father told Joe a bunch of times over the years to get his American citizenship due to the fact that it would get in the way of things, like when the family would go on vacation, he’d have to wait in different lines and it would slow them down. And ultimately, it resulted in Joe not being able to be home with his family after serving his time in jail.

“My father used to always tell him, like, go get your citizenship,” Teresa explained to host Andy Cohen on Wednesday night’s Watch What Happens Live as was reported by Bravo. “My dad really did tell him a lot of times.”

Andy then asked the Bravo star if her dad thought she should stay with Joe if he gets deported.

“He supports whatever makes me happy,” Teresa answered.

Andy then moved on to talk about Teresa’s issues with the women on the show, namely Margaret, who in a sneak peek of next week’s episode, teases Teresa about liking “21-year-olds.” This is, of course, alluding to rumors about the reality star sneaking around with a younger man, Blake Schreck, who Teresa has insisted she is only friends with.

But after watching the clip on the late-night show, Teresa didn’t appear too upset.

“I wasn’t pissed, I just knew what she was doing,” the mother-of-four said to Andy, recalling her reaction to the snide comment.

As if dealing with rumors of infidelity wasn’t enough, Teresa has also been said to be at odds with Joe’s family amid his recent legal drama. But while appearing at BravoCon, the reality star revealed that this was far from the truth.

“Listen, we have four daughters together we’re always going to stay in touch,” Teresa explained in an interview with Hollywood Life. “Joe’s family’s amazing. If I call them, they’ll jump for me. That’s how amazing they are. They would, his sister, everyone. They are an amazing family.”

Teresa went on to explain that her in-laws will always be there for her and Joe’s daughters, Gia Giudice, 18, Gabriella Giudice, 15, Milania Giudice, 13 and Audriana Giudice 10, no matter what happens.

“Of course, they would be there for me and my daughters in a heartbeat. And Joe, for Joe, they’ll fly through fire for him,” said the Bravo star. “But even my daughters, even for me. If I would call them, they would be right there.”

Teresa and her daughters recently visited Joe in Italy, where he’s staying with much of his family as he awaits news of his pending deportation appeal. His oldest daughter, Gia posted an array of pictures of her reunited family on Instagram during their trip in November.