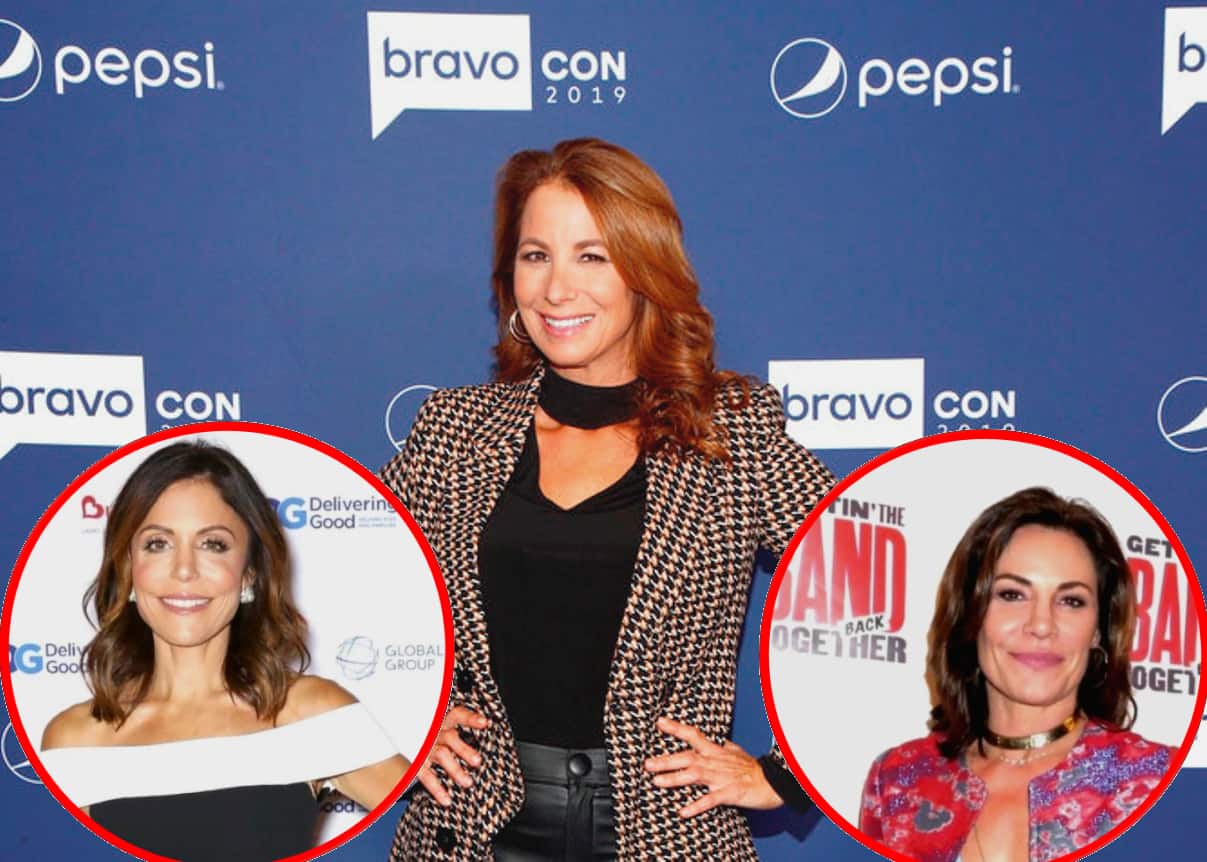 Former Real Housewives of New York City star Jill Zarin was dishing it all, from her alleged return to the show to how she feels about her former cast members Bethenny Frankel and Luann de Lesseps.

While it’s been quite a while since Jill was holding an apple on RHONY, many Bravo fans have been buzzing about the reality star’s potential return following Bethenny’s sudden exit. But Jill revealed at BravoCon that the rumors were just that when it comes to claims she will be replacing Bethenny on the show.

“I could never live up to the fans wanting me to come back, but I think I’m done. The time is over for me,” Jill revealed to Entertainment Tonight while at the first-ever Bravo convention in New York, adding that she was in her “third act” of life. “I had my run and I’m very happy I did.”

But that doesn’t mean the ex-housewife doesn’t get a little FOMO from time to time.

As fans who have been watching RHONY since its humble beginnings can remember, Jill and Bethenny’s friendship turning sour was once a huge storyline on the show. But today, many seasons later, Jill admits that she and Bethenny “are actually very good.” She also revealed that the Skinny Girl mogul’s abrupt exit wasn’t all that surprising to her.

“I just wasn’t surprised because I think Bethenny always knows when the party is over for her and she wants to move on,” she explained. “She owns it and goes. If she thinks it’s a mistake, she’ll come back. That’s it.”

Jill also sat on the “Bravo All Stars: OG Housewives Edition” at BravoCon on Friday and revealed to Andy Cohen and an audience of Bravo fans that her ex-costar and friend Luann’s recent brush with the law really threw her for a loop.

“I was very surprised — well, I know Luann. I’m not surprised in some ways because I know her,” Jill explained on the panel as reported by Page Six. “You know, she projected one way, but we’re all hypocrites, let’s be honest…we’re all hypocrites. We all say one thing, do another and it’s owning it. I have. I’m a hypocrite. I know it.”

The red-headed housewife also admitted that she was “beyond shocked” after seeing Luann’s mugshot from her Palm Beach arrest in December 2017. Jill revealed that she referred Luann to her friend and Real Housewives of Miami star Lea Black’s husband, Roy Black, a criminal defense attorney who lives in Florida.

As fans can recall, Jill appeared briefly on the show last season and was filmed talking to Luann about her struggle with sobriety. Whether or not Jill will come back onto the show as a guest remains to be seen.