RHOBH Star Kyle Richards Dishes on Denise Richards’ Future on Show and Brandi Glanville Rumors, Plus She Reacts to Sister Kim’s Tell-All and ‘Whipping Post as a Sister’ Claim 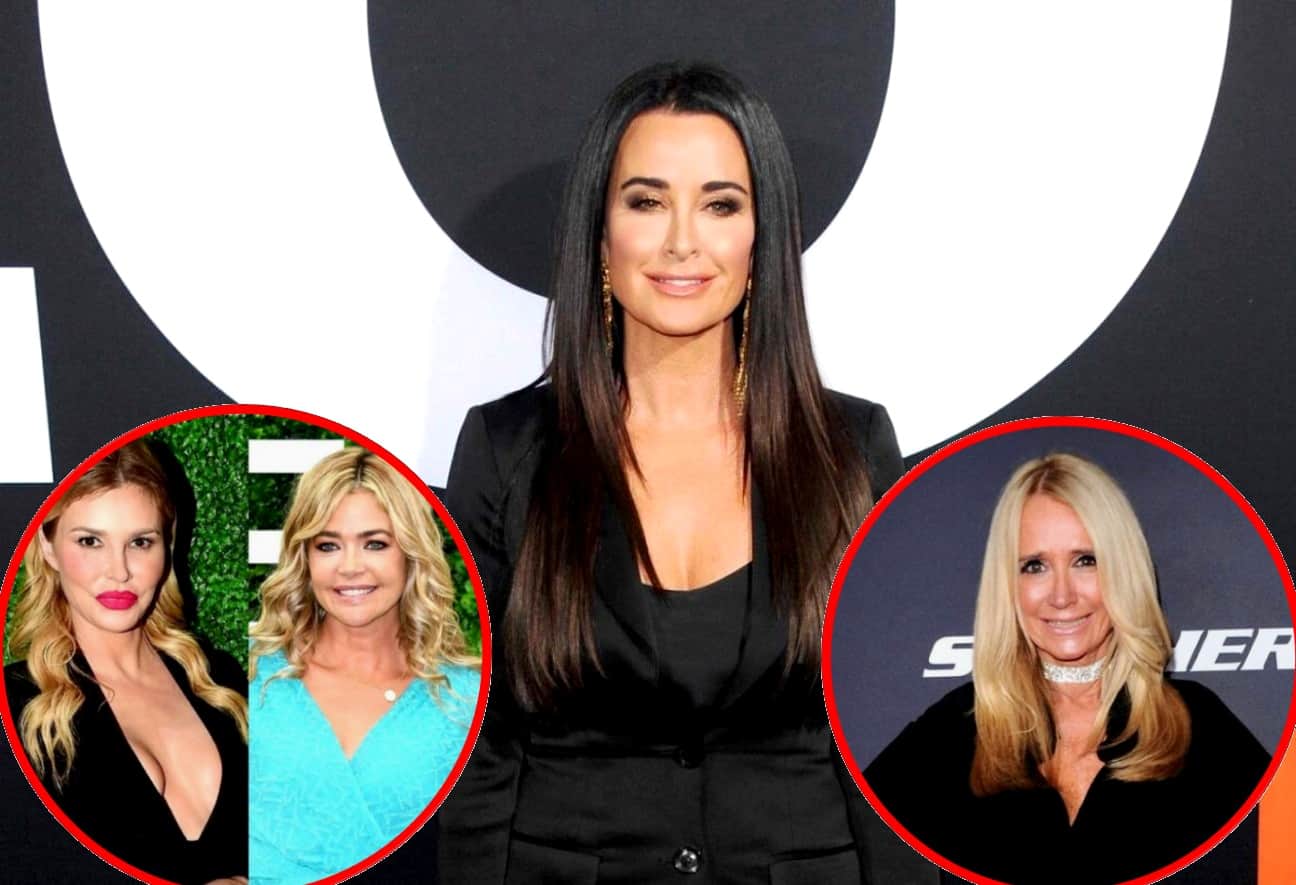 During an appearance at Kendra Scott’s jewelry store on Wednesday, Kyle spoke of the 10th season of the show. She admitted to having concerns about Denise potentially skipping the reunion and revealed how she feels Denise should handle the rumors, and then she also addressed her sister Kim Richards‘ tell-all book.

“It’s been a really wild ride this season and it’s just, I don’t even know what to say,” Kyle told Us Weekly on February 12. “I’m always kind of speechless what ends up coming up on the show and the things that come out and the things that happen between everybody it’s been crazy. Ten years down and I’m still shocked.”

According to Kyle, she hasn’t spoken to Denise since the rumors first began swirling last month, and she fears that Denise may refuse to film the reunion after skipping the RHOBH season 10 finale taping in December.

“I didn’t think so, honestly,” Kyle said when asked if she believed Denise would attend the reunion.

Denise recently said she’s not going anywhere, and when it comes to Kyle’s thoughts on her RHOBH future, she hopes Denise sticks around and believes she should confront the rumors regarding her alleged romance with Brandi head-on.

“I think that it’s just better to deal with things head-on anyway even though it’s difficult sometimes,” she explained.

Continuing on about the affair reports, Kyle said, “I know what I think, but I think you have to wait and watch the show to find that out.”

“Obviously it’s something that’s between them but when it comes to the show there’s lots of things that force … we’ve all had moments where we don’t want to have something on the show or talk about something and that’s the most difficult part about being on reality television,” she shared. “It’s a very rough ride with that situation and they’re gonna have to figure that out and you’ll see my opinion when the show airs.”

At the same event, Kyle spoke to PEOPLE magazine about her sister Kim’s tell-all book, The Whole Truth: The Reality of It All, which is set to be released next year.

According to a link shared on the HarperCollins Publishers’ website earlier this month, which has since been removed, it was said that Kim “speaks her mind and tells her truth in this blazingly honest memoir.” The link also said Kim is “a whipping post as a sister,” which Kyle said came as a surprise to both her and Kim.

“She was a little taken aback, too,” Kyle revealed. “So I don’t know. I’m going to have to read it. I’m very curious, actually.”

While Kyle has had issues with both of her sisters, including her oldest sister, Kathy Hilton, at different points of her life, she told the outlet they are all in a good place today.

“Every family has stories and I was very respectful when I did American Woman,” she told PEOPLE.  “And I always had said that, even though it caused contention in the family. So I’m assuming my sister, I’m hoping — I don’t know. We’ll see.”