Home Real Housewives of Orange County News RHOC’s Vicki Gunvalson Says She Believes Teresa Giudice Knew More Than She Let on in Fraud Case and Reveals What She Told LeeAnne Locken After RHOD Exit, Plus Did Steve Lodge’s Conservative Views Change Her?

RHOC’s Vicki Gunvalson Says She Believes Teresa Giudice Knew More Than She Let on in Fraud Case and Reveals What She Told LeeAnne Locken After RHOD Exit, Plus Did Steve Lodge’s Conservative Views Change Her? 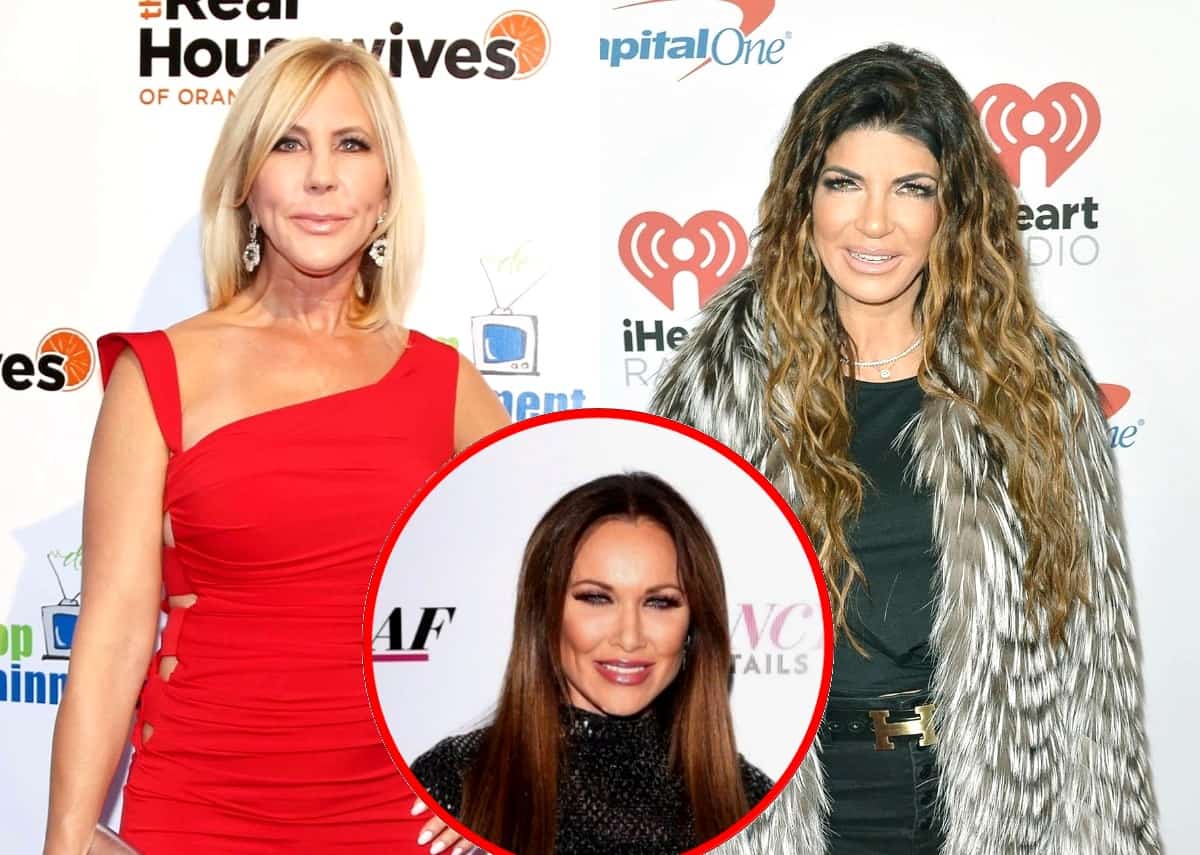 Vicki Gunvalson doesn’t believe Teresa Giudice was completely innocent in her and her husband Joe Giudice‘s fraud scandal years ago, which resulted in them both spending time behind bars.

“It’s hard for me because I am a steward of money and I don’t lie, cheat, or steal,” Vicki said on Whoop It Up with Vicki after Andy asked for her opinion on Teresa and Joe’s bank and wire fraud case.

Although Vicki is an expert in finances, she didn’t feel it was her place to reach out to her fellow Real Housewives star. “But I could teach her some things,” she noted.

As for LeeAnne’s departure from the RHOD cast, Vicki said the two of them spoke earlier this week.

“[LeeAnne] just said, ‘How are you coping?’ and I said, ‘It’s a day to day thing. Some days I’m really good and some days I’m not good at all because I felt like my identity, part of my identity, was [RHOC]’ … I kind of helped her, ironically.”

According to Vicki, LeeAnne’s husband, Rich Emberlin, is a lot like Steve.

“Rich has the same career that Steve did. They are very protective. They look at it differently and Rich didn’t like some of the stuff that was being said about her,” she explained.

During the RHOC season 14 reunion, Vicki’s co-stars, Tamra Judge and Shannon Beador, suggested that because Steve is so conservative, Vicki’s relationship with the show was impacted and the way in which she presented herself changed.

When Andy asked Vicki if the ladies’ suspicions were correct, Vicki admitted there was “a lot of truth” to what they said.

“Because I don’t want to ever embarrass him or his family or our grandkids,” she shared. “Plus, I’m a little older right now. But he is conservative. He doesn’t agree with taking your top off and kissing another woman. That’s fine if you are a lesbian and you’re gay, that’s good. But if you are married, I have to say I don’t understand that either. So that’s like cheating on your spouse and I don’t do that anymore.”

“I hope that hasn’t affected my tenure on the show,” she continued. If it [has], that makes me sad because [Steve] doesn’t control me. He loves me for who I am.”

That said, Steve does encourage Vicki to be on her best behavior.

New episodes of Whoop It Up with Vicki are shared every Tuesday by Westwood One.