Home Real Housewives of New York City News RHONY’s Tinsley Mortimer Slams Dorinda Medley as “Obsessive” and “Insulting” as She Discusses Their Feud, Plus She Dishes on Bethenny’s Departure and New Life in Chicago With Scott

RHONY’s Tinsley Mortimer Slams Dorinda Medley as “Obsessive” and “Insulting” as She Discusses Their Feud, Plus She Dishes on Bethenny’s Departure and New Life in Chicago With Scott 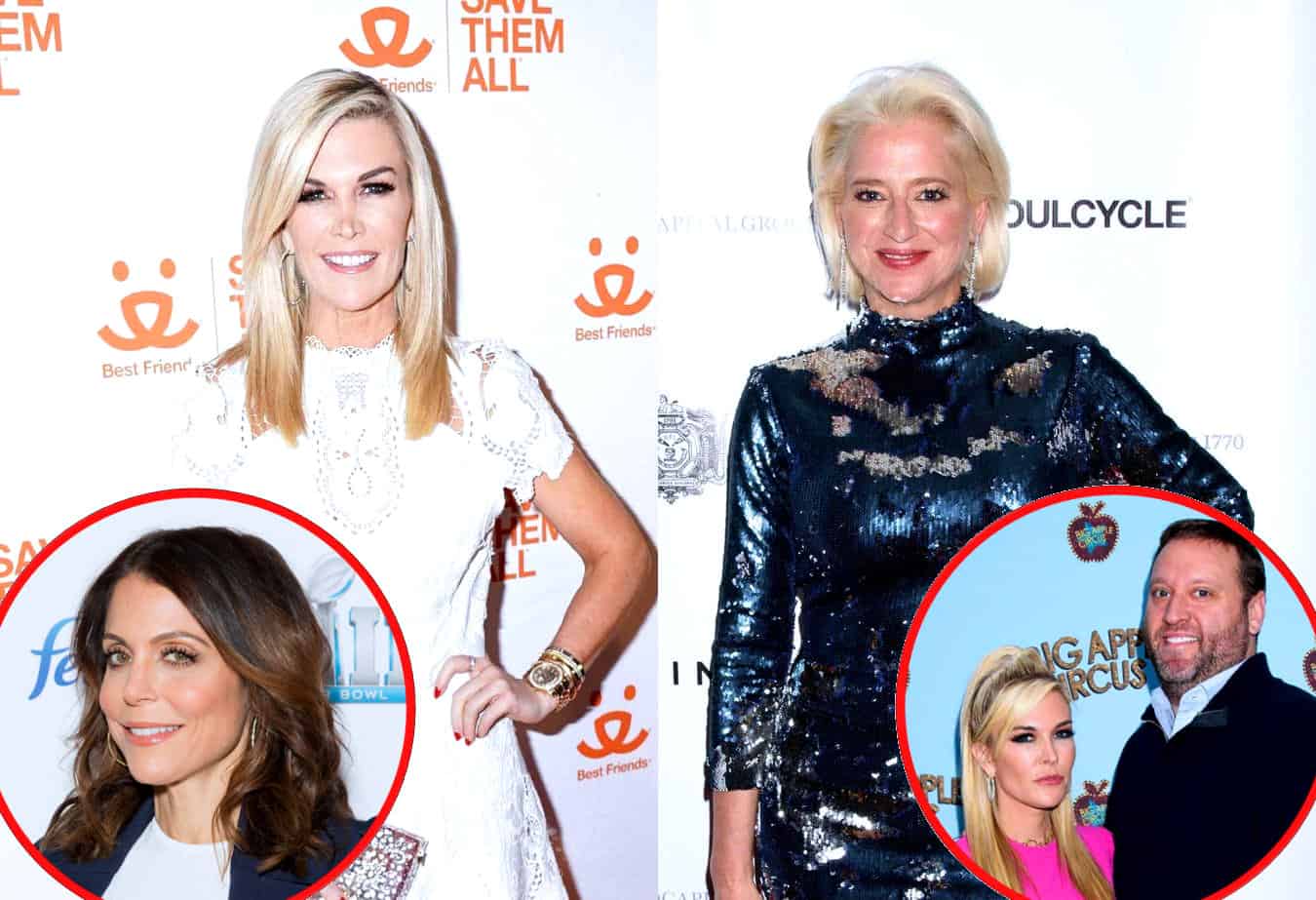 Will Tinsley Mortimer and Dorinda Medley ever get along on this season?

The Real Housewives of New York City fans can already witness the drama bubbling to the surface between Tinsley and Dorinda this year with their explosive fight that happened in the season premiere episode. Dorinda continued to seem irked about Tinsley’s relationship with fiancé  Scott Kluth, confused about their on-again-off-again romance, and convinced they had some sort of arrangement. All of which Tinsley was of course not happy about.

So what can Tinsley do to resolve their feud?

“I don’t know why she was so obsessive on me and Scott,” Tinsley told Bravo’s The Daily Dish podcast. “I’m very honest and open and if you ask me a question I mean I will tell you. But at some level, I didn’t trust her as a friend anymore.”

Tinsley explained how her predicament was “so difficult” considering Dorinda insinuating she had a kind of “arrangement” with Scott.

“[She was saying] I’m like a hooker basically. I couldn’t tell my truth more. She wouldn’t take that as an answer. I don’t know how much more truthful I could be,” she stated. “It was so insulting and rude and hurtful.”

Tinsley shared her frustration on the situation, considering how the two have bonded in the past.

“Really my big thing this season with her is I really want to have a one on one sit-down chat,” she explained. “All I’m wanting to do is have some time, the two of us, to talk. That’s all I’m asking for. And it’s just constantly feeling that, you know, she’s not really wanting to do it. And I don’t know why. If she’s so obsessive about it, then why doesn’t she want to just talk to me? One on one?”

Tinsley also admitted to being a little sad and “definitely surprised” to hear of Bethenny Frankel‘s abrupt departure, considering how the two “had become closer” through the years of filming.

“[I] was [unsure] how it was gonna turn out with her not being there and it was strange,” she said. “But I do feel like there was [a feeling] of the girls connecting more or bonding more I guess because all of a sudden we were showing up to more scenes and being more present.”

Tinsley also explained that without the RHONY OG in the room, the women seemed a little more competitive to show who’s top dog.

“Definitely with her not being there it felt like there were certain girls who were trying to assert dominance,” she explained. “There was this different energy of other women trying to sort of  … be number one.”

Tinsley shared how she’s currently in self-quarantine in Chicago with Scott and her two dogs, Strawberry and Shortcake. For now, things seem to be on the right track for the two lovebirds who’ve shared a rocky dating past.

“When [Scott] and I got back together and all of these things happened quickly and then we got engaged and it was a total surprise … if it didn’t happen at that time it wasn’t gonna happen,” she shared of their engagement last November.

“I’m grateful for our breakup and all this time apart because it teaches us what we really want and what we don’t,” she said. “And we just inevitably just knew that there was no way — we had to figure this out. In the end … love wins!”

The Real Housewives of New York airs every Thursday at 8 p.m. on Bravo.