Home Real Housewives of Beverly Hills News RHOBH’s Denise Richards Fires Back at Teddi Mellencamp’s Claim That She Leaked Stories About Alleged Fling With Brandi, See Her Fiery Tweet as She Addresses the Rumors Affecting Her Kids

RHOBH’s Denise Richards Fires Back at Teddi Mellencamp’s Claim That She Leaked Stories About Alleged Fling With Brandi, See Her Fiery Tweet as She Addresses the Rumors Affecting Her Kids 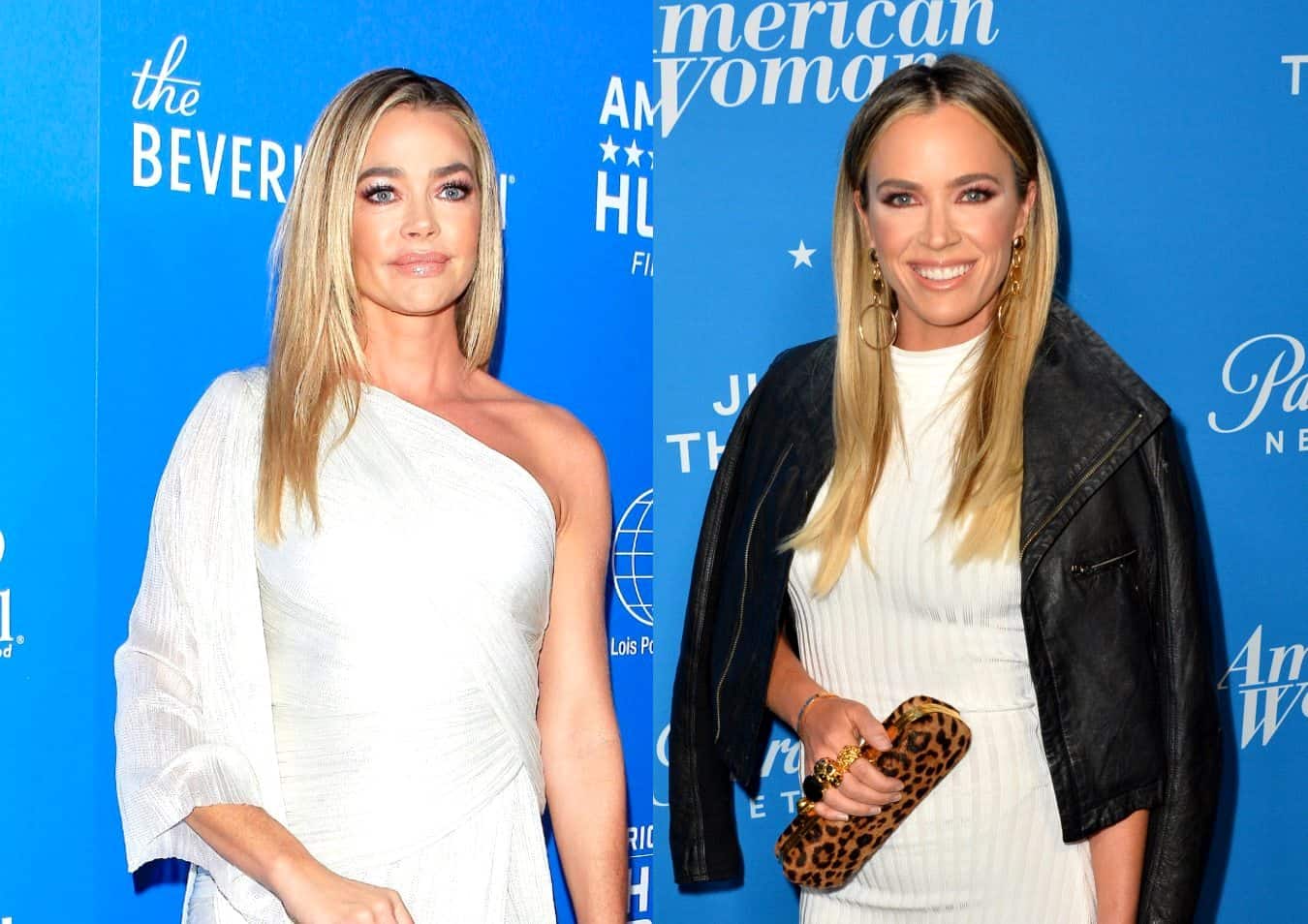 Denise Richards is fighting back after seeing that her Real Housewives of Beverly Hills co-star, Teddi Mellencamp, accused her of leaking stories about her rumored affair with Brandi Glanville.

Days after Teddi said in an interview that Denise and Brandi were “for sure” putting things in the press about their alleged romance, Denise called out Teddi on Twitter as she wondered why she would speak out about something that could negatively impact her daughters prior to the show’s premiere.

“Why would I leak a story? [Teddi Mellencamp] especially one that my children would be able to read?!?” Denise wondered in her April 23 post. “The story was leaked in Jan … doesn’t air until June/July my kids have to endure weekly stories for months…. so no it did not come from me.” 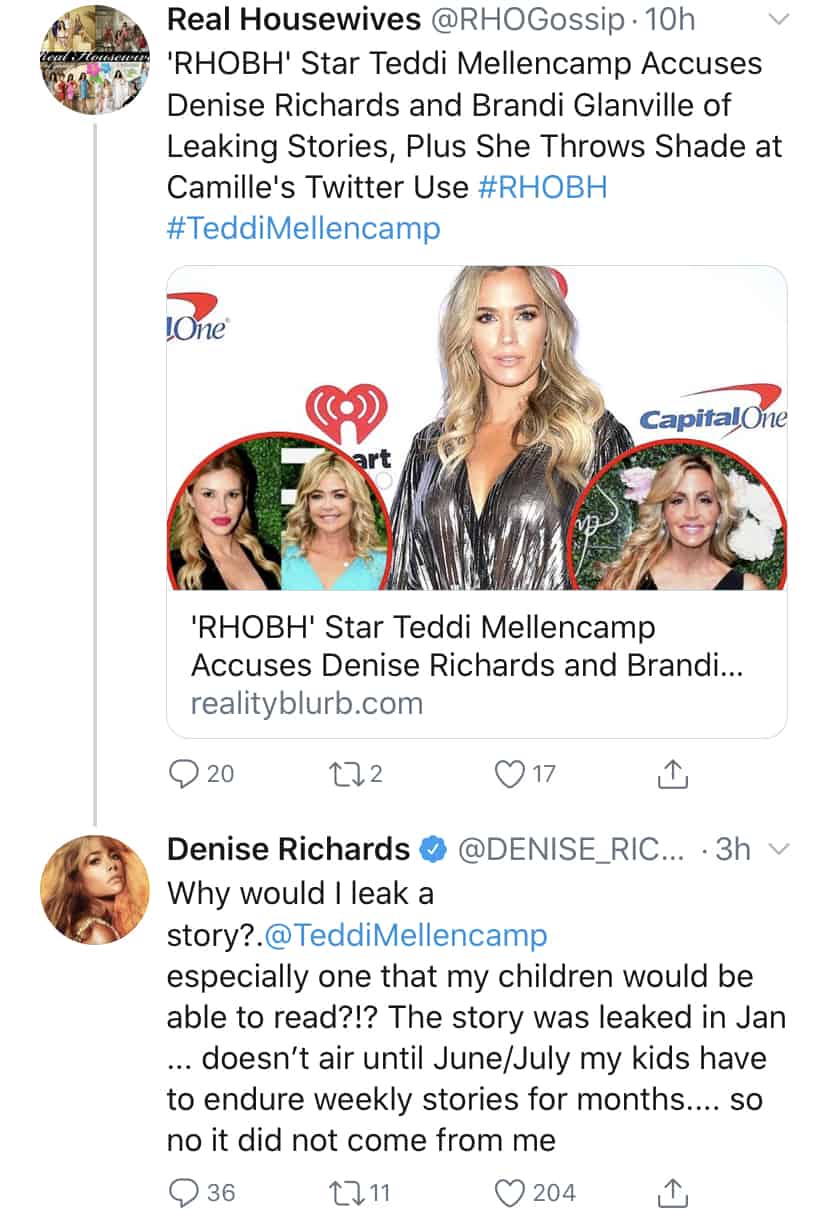 During an interview with People Now last week, Teddi accused Denise and Brandi of leaking stories in an effort to sway viewers ahead of season 10.

“For sure [they put things in the press],” Teddi alleged. “[And] whenever two sides are both putting things in the press before the show actually comes out it’s because they want the audience to feel a certain way going into watching the show and I think that’s really lame.”

In addition to denying Teddi’s claim in her tweet, Denise pointed out that the rumors regarding her alleged affair with Brandi, which was first reported by the Daily Mail in January, wouldn’t be addressed on RHOBH until June or July.

While Brandi has said on a number of occasions that something went down between herself and Denise, Denise has claimed that her allegations are false and insisted that she and husband Aaron Phypers do not have an open marriage.

Denise also shut down claims that she stopped filming the RHOBH, stating she only missed two events towards the end of filming season 10.

I did film.. missed two parties in Dec that’s it