Home Real Housewives of Atlanta News VIDEO: Watch the RHOA Virtual Reunion Trailer! Porsha Goes Off on Eva for “Speaking On” Her Child as Nene Leaves in a Huff

VIDEO: Watch the RHOA Virtual Reunion Trailer! Porsha Goes Off on Eva for “Speaking On” Her Child as Nene Leaves in a Huff

by Cynthia Cook May 2, 2020 27 comments
ShareTweetWhatsappPinterestRedditTumblrMailFlipboard 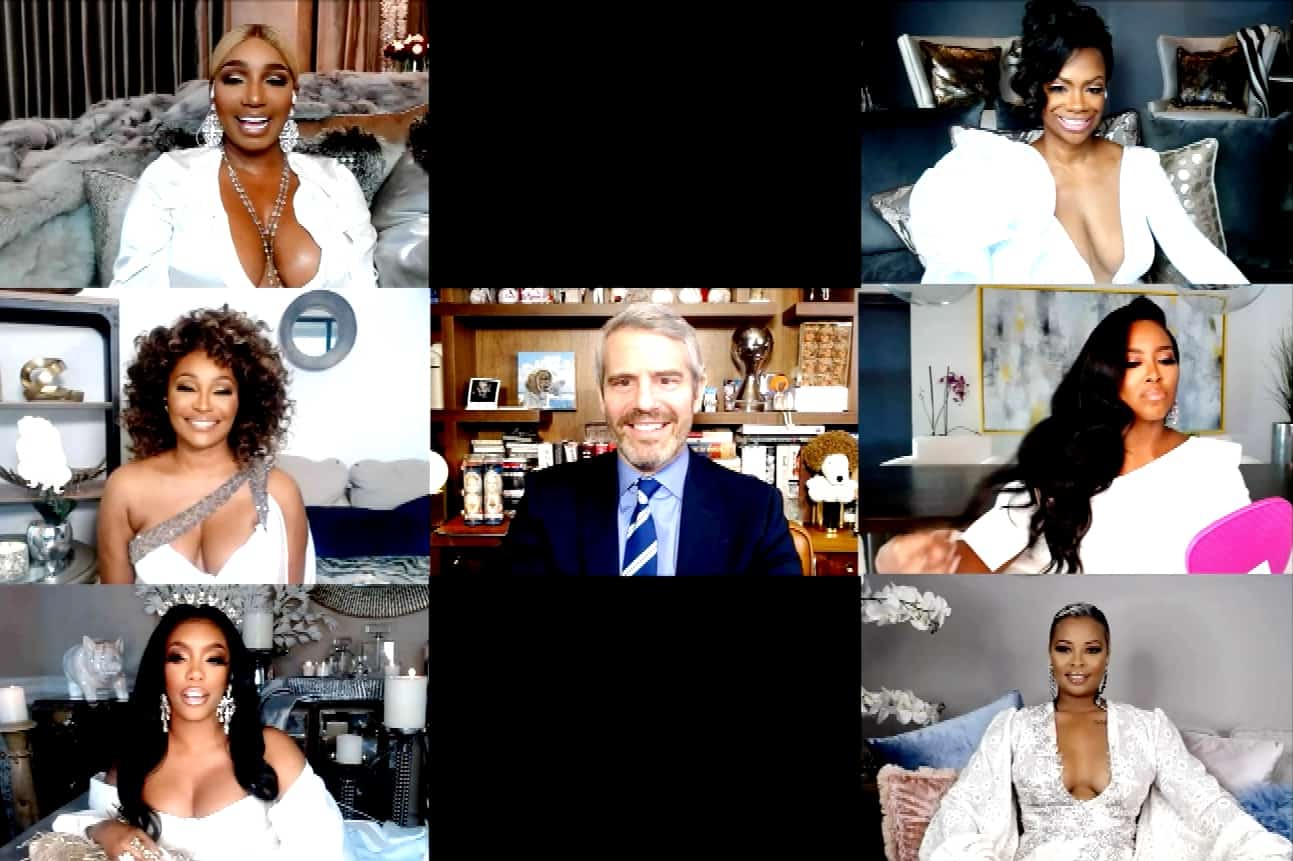 Although this year’s The Real Housewives of Atlanta season 12 reunion was filmed virtually, our favorite Georgia Peaches brought all the drama — and all the looks.

Nene Leakes, Cynthia Bailey, Porsha Williams, Kandi Burruss, Eva Marcille, and Kenya Moore sat down with Andy Cohen at their respective houses to spill all the tea and bring everything they’ve got.

“Here I am, fabulous and ready to slay,” Nene exclaims at the beginning of the clip.

From what we’ve seen and heard, the three-part reunion is an “epic” affair, with our favorite RHOA ladies not holding anything back to address the issues they’ve faced this season.

“I will never forgive you for speaking on my child!” Porsha says to Eva in the clip while Kandi — who seems to be coming for Nene — says, “I’m embedded in your motherf–king brain, b–ch. You’re gonna keep knowing me!”

Kenya also throws some of her hilariously biting shade, exclaiming, “When have you ever had a man on this show other than the one you and Nene were f–king at the same time?”

Although it’s unclear who exactly she’s speaking to, we can always count on Kenya to bring the tea to the reunion. As for the tempestuous drama she faced this season with estranged husband Marc Daly — will she be able to speak on that as well?

The cast will also be joined by friends Marlo Hampton and Tanya Sam to address all the drama that happened this season, like Kenya storming Marlo’s hair care event and bringing the cookie lady to confront Tanya about rumors of her fiancé cheating.

Also making an appearance is Yovanna Momplaisir, undoubtedly set to address the “Snakegate” controversy that happened this season and go head-to-head with Nene over leaked texts and “receipts” the two have been fighting over off-screen.

A Bravo reunion obviously isn’t complete without someone leaving the set, and according to a press release, Nene is the one who “goes missing” and leaves Andy and the women wondering “if she’ll return to defend herself.”

In the above sneak peek, we see Nene tell everybody “bye” and turning her camera off, with Cynthia left saying, “I don’t see Nene anymore.”