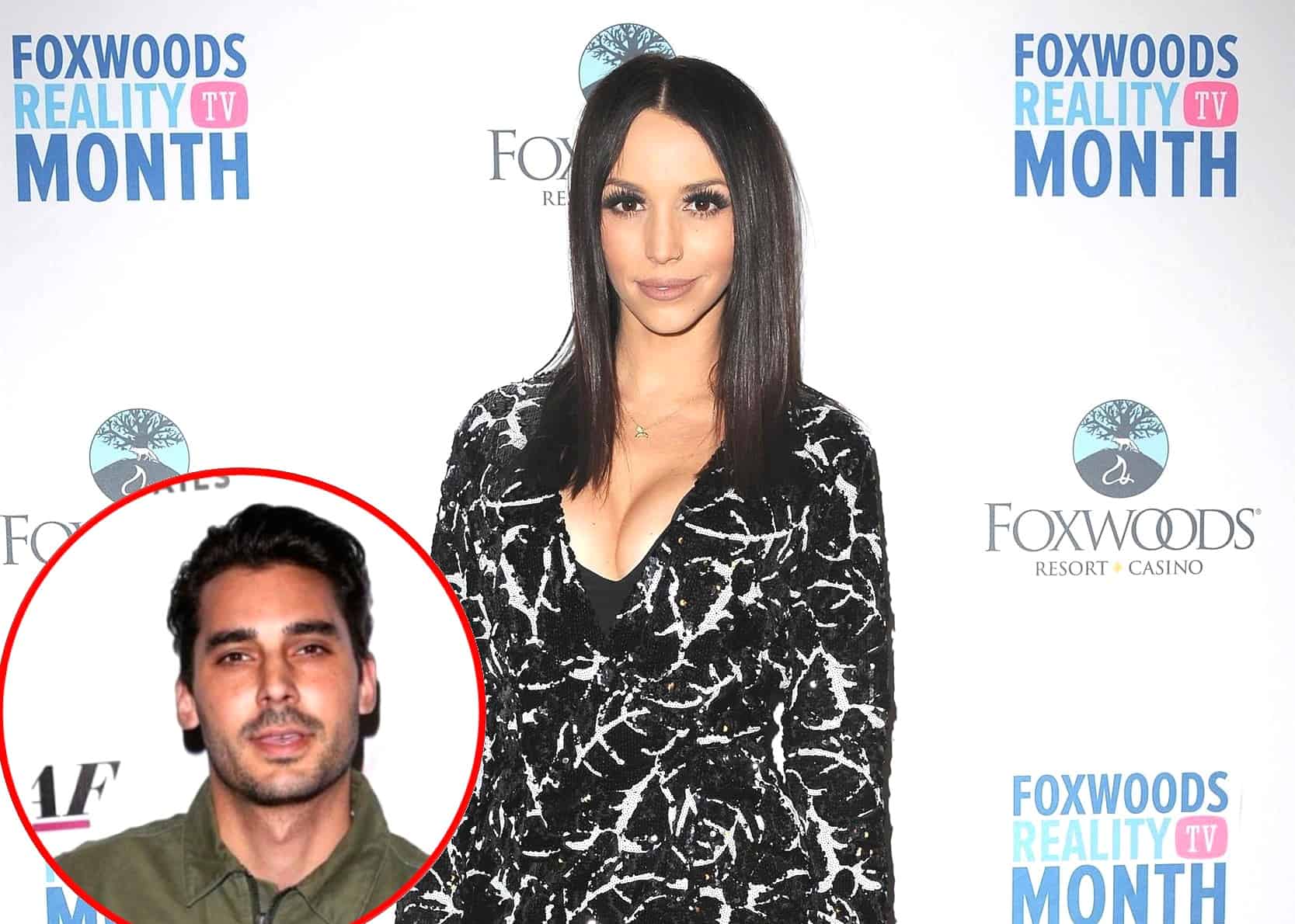 Scheana Shay got into trouble with her producers during the eighth season of Vanderpump Rules.

While appearing on a podcast earlier this week, Scheana dished on several topics including the surprising revelation that she and Max Boyens are close friends as she also shared how she lost weight while in quarantine with boyfriend Brock Davies.

First, Scheana revealed how her past hookup with Brett Caprioni landed her in hot water with the Pump Rules production team before addressing her supposed “one-sided flirtation” with him.

”I got a big slap on the wrist from production for not saying that [Brett and I] made out for two seconds before we started filming,” Scheana revealed on the May 26 episode of the Not Skinny But Not Fat podcast. “I lied about it.”

According to Scheana, she initially lied about her past make-out with Brett because when she brought it up to him ahead of filming, he said he didn’t remember kissing her.

“He said he didn’t remember so why would I admit we did if they’re going to go to you and you’re going to be like, ‘That didn’t happen?’” Scheana wondered.

But Brett did remember and in a cast confessional on the premiere episode of Pump Rules, he suggested Scheana was a bad kisser.

“[Brett] tried to say producer Jerry tricked him into saying it. You literally laughed, made a joke and then agreed. We watched the same show,” Scheana said in response to his diss.

Looking back at last summer’s filming of Pump Rules season eight, Scheana said she didn’t have many options of guys to film with.

“The guys I was talking to at the time just didn’t want… and one of them even worked at SUR and he’s worked at SUR the whole time we’ve been on the show but he did not want to be on it. He’s never been on it. If you’ve ever seen a blurred face behind the bar, that was him,“ she explained. “My love life was great last summer.”

Although Scheana said she was thriving as a single woman last year, she missed the friendly dynamic she shared with Adam Spott during season seven and attempted to establish a similar bond with Brett. Sadly, Scheana’s intentions were skewed on the show.

“It was not a one-sided flirtation. It was like, Brett would say something and I would comment back but you didn’t see a lot of his comments,” she said.

As for her relationship with Max, Scheana said the two of them have come full circle and noted that her boyfriend Brock is a fan of her co-star.

“He’s one of my absolute closest friends. I talk to him all day every day,” Scheana shared. “My boyfriend and him are really good friends. We’ve had some thruple dates down in San Diego. From day one, they’ve been cool. They have a bunch of mutual friends from San Diego.”

Since March, Scheana has been quarantining with Brock at her vacation home in Palm Springs and while many have added the “quarantine 15,” she’s actually lost 10 pounds.

“I think I’m the only person. It’s annoying. I don’t like saying it but it’s obvious,” she said of her new size.

As Scheana explained, her weight loss is the result of missed meals.

“If I have a busy morning or if I wake up late [and] I have to get right to my day, I’m like, ‘Well, okay, [I] didn’t have time for breakfast.’ And then it’s like I’ll have a little snack but I don’t eat until dinner,” she said. “Or some days I’ll work out a bit and do some stuff on the computer and I’m like, ‘I’ll just eat later.’ And I forget. I’ve been forgetting to eat. I’ve not been doing it on purpose.”

Now that the eighth season of Pump Rules has come to an end, Scheana is excited to move forward.

“I’m like, ‘Finally, I can move forward with my life in every way where I don’t have to relive the past.’ That life is done. Single Scheana is dead. I don’t have to watch her anymore,” she joked.