Home Vanderpump Rules Faith Stowers Speaks Out Against “Extremely Fake” Screenshots Showing Plot to Get Stassi and Kristen Fired From Vanderpump Rules, Says She Knew People Would Try to “Discredit” Her

Faith Stowers Speaks Out Against “Extremely Fake” Screenshots Showing Plot to Get Stassi and Kristen Fired From Vanderpump Rules, Says She Knew People Would Try to “Discredit” Her 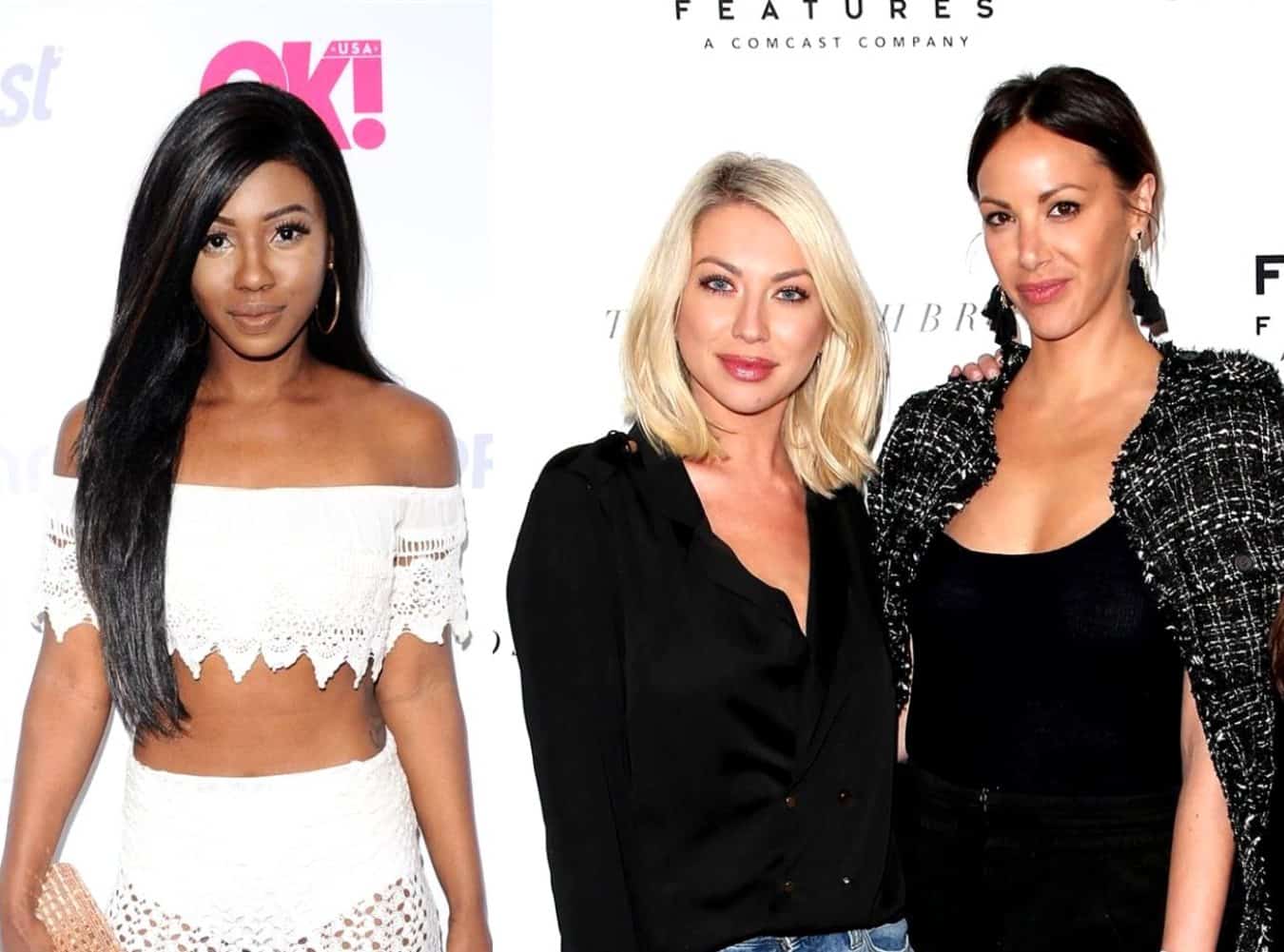 Faith Stowers is speaking out against a couple of “extremely fake” and doctored screenshots that surfaced on Thursday night on Instagram.

After seemingly being exposed for plotting to have Stassi Schroeder and Kristen Doute fired from Vanderpump Rules in an effort to reclaim her own position on the Bravo reality series, Faith set the record straight. She admitted that when it came to coming forward with claims of discrimination against her by her former castmates, she knew people would try to “discredit” her.

“[They are] extremely fake,” Faith confirmed to Reality Blurb this morning.

As some may have seen, the Stand Up and Support Stassi page on Instagram shared a couple of screenshots, posted below, with their followers that purported to show Faith speaking to someone about how she was planning to put Stassi and Kristen on blast for calling the cops on her in 2018 for crimes she didn’t commit and wondering if Lisa Vanderpump would beg her to return to Pump Rules after doing so.

In another one of the doctored screenshots, a message appeared to reveal that Faith was planning to drag Brittany Cartwright into the scandal as well, although she seemed to suggest that she didn’t know what to accuse her of.

While the screenshots generated quite a lot of buzz on both Instagram and Facebook, they have since been confirmed to be fabricated. In her statement to us on Friday, Faith admitted that she wasn’t surprised to see that someone had gone to such lengths to try and discredit her stories about the Pump Rules cast.

“I knew when I stood up to do the right thing people would do anything they could to try and discredit me,” Faith said. 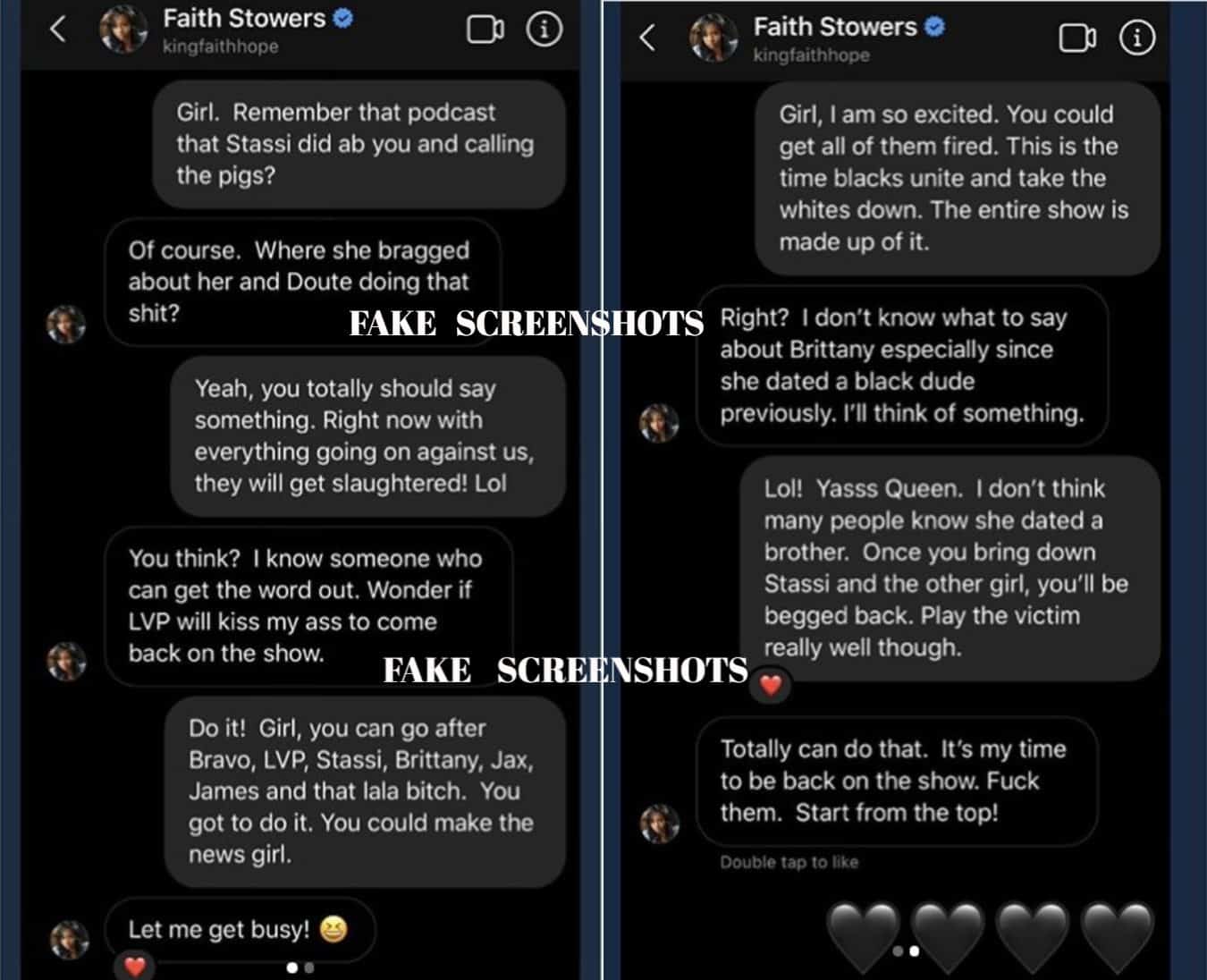 “They didn’t at least try to make it sound like me,” she added.

As most Pump Rules fans are aware by now, Bravo decided to fire Stassi and Kristen last week following backlash over their past treatment of Faith. Since then, there have been calls to the network to fire Jax Taylor as well due to allegations of racism and transphobia. Thousands of fans have also signed a petition calling for his ousting.