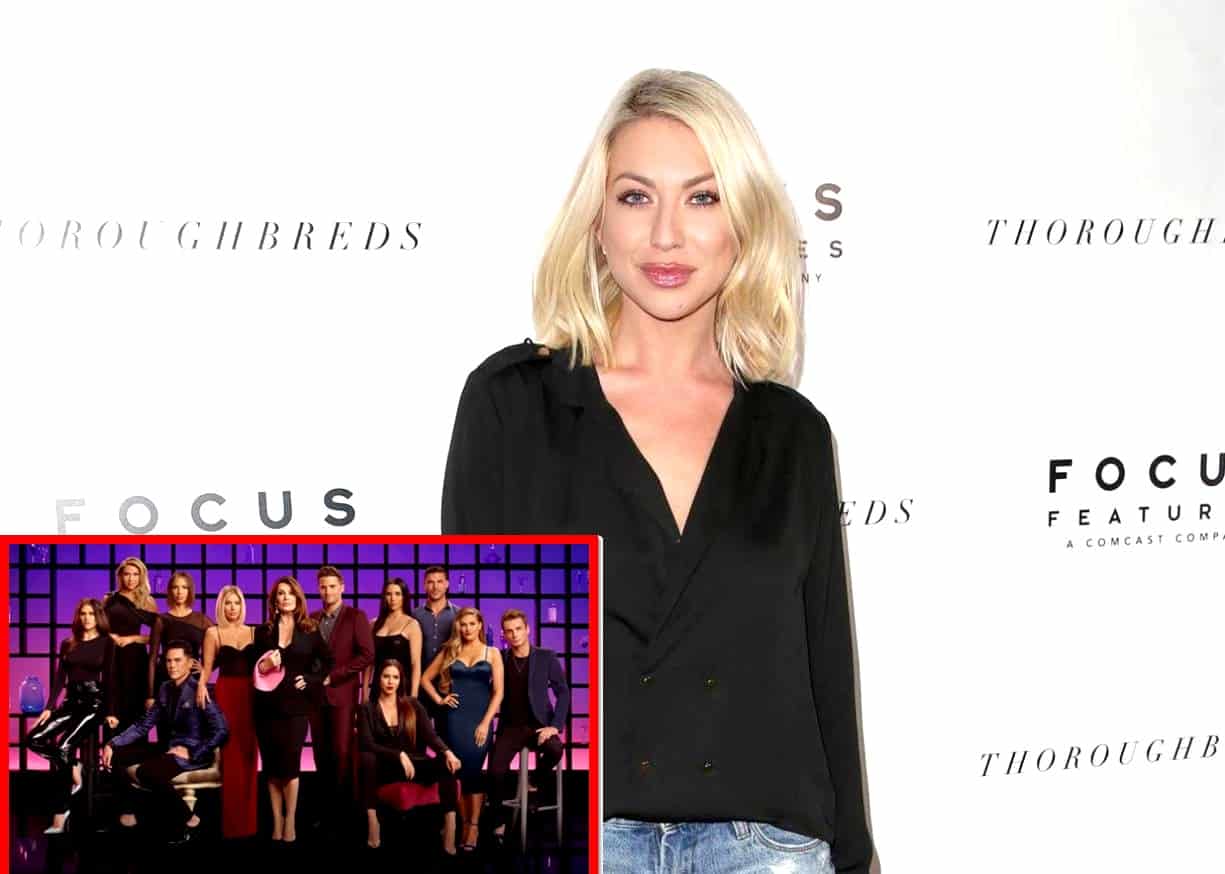 Stassi Schroeder may have been fired from the Vanderpump Rules cast but that doesn’t mean she’s estranged from her former co-stars.

While a number of her ex-cast mates have not yet congratulated her and her fiancé, Beau Clark, on their baby news, Stassi has maintained friendships with several people from the Bravo reality show and rekindled her former friendship with Kristen Doute, who was also fired due to allegations of racism weeks ago.

“Stassi and Kristen have been talking more and more,” a source told Us Weekly. “While they wouldn’t consider themselves ‘best friends’ at the moment, their personal drama with each other has taken a backseat and they’ve been able to reconnect a little and be there for one another.”

Kristen was one of the first Pump Rules stars to congratulate Stassi on her pregnancy on Instagram and days later, she was seen celebrating Stassi’s 32nd birthday at Katie Maloney and Tom Schwartz‘s $1.9 million home in Los Angeles.

In addition to staying close to Kristen after her firing, Stassi has also remained in a good place with her longtime best friend Katie, who reacted to Stassi’s pregnancy news, telling her former co-star she “can’t wait to meet” her baby girl as husband Schwartz “liked” Stassi’s gender reveal post.

Scheana Shay is also on good terms with Stassi, especially after the two of them connected over Scheana’s miscarriage reveal.

“[We’ve] have talked more in the last five days than [we] have probably in the last five months or five years,” Scheana said on her Scheananigans podcast last week. “She sent me the sweetest, most heartfelt message just genuinely being there for me and that really meant a lot because she’s pregnant right now. I’m sure being pregnant, you can’t imagine losing it.”

As for Jax Taylor and Brittany Cartwright, the couple has expressed excitement over Stassi and Beau’s baby news and when Stassi celebrated her birthday last week, Jax, who follows the Stand Up and Support Stassi account on Instagram, which calls for her to be rehired, was present at Katie and Schwartz’s home. Meanwhile, Brittany sent her well-wishes to Stassi on Instagram after traveling home to Kentucky to support her ailing mother, Sherri Cartwright, who experienced surgery complications in early June.

While Stassi has seen plenty of support from some of her former Pump Rules co-stars in recent weeks, it’s unknown where she currently stands with Lala Kent.

Although Lala does still follow Stassi on Instagram, she and her fiancé, Randall Emmett, who were previously quite close to Stassi and Beau, have not yet shared public statements regarding her firing or her baby news.

Tom Sandoval and Ariana Madix have also remained silent about Stassi’s pregnancy. However, last week, after Ariana called Stassi out for her white privilege during season six, Sandoval described Stassi’s firing as “crazy” while speaking to St. Louis’ KMOV News 4.

“It definitely changes things and honestly, we’re just going to have to wait and see what happens,” he teased.