Home Real Housewives of Beverly Hills News RHOBH’s Erika Jayne Reacts to Kyle Richards Saying She Has “No Close Friends,” Plus She Claims Denise Did “a 180” This Season and Shades Camille’s Apology to Kyle

RHOBH’s Erika Jayne Reacts to Kyle Richards Saying She Has “No Close Friends,” Plus She Claims Denise Did “a 180” This Season and Shades Camille’s Apology to Kyle 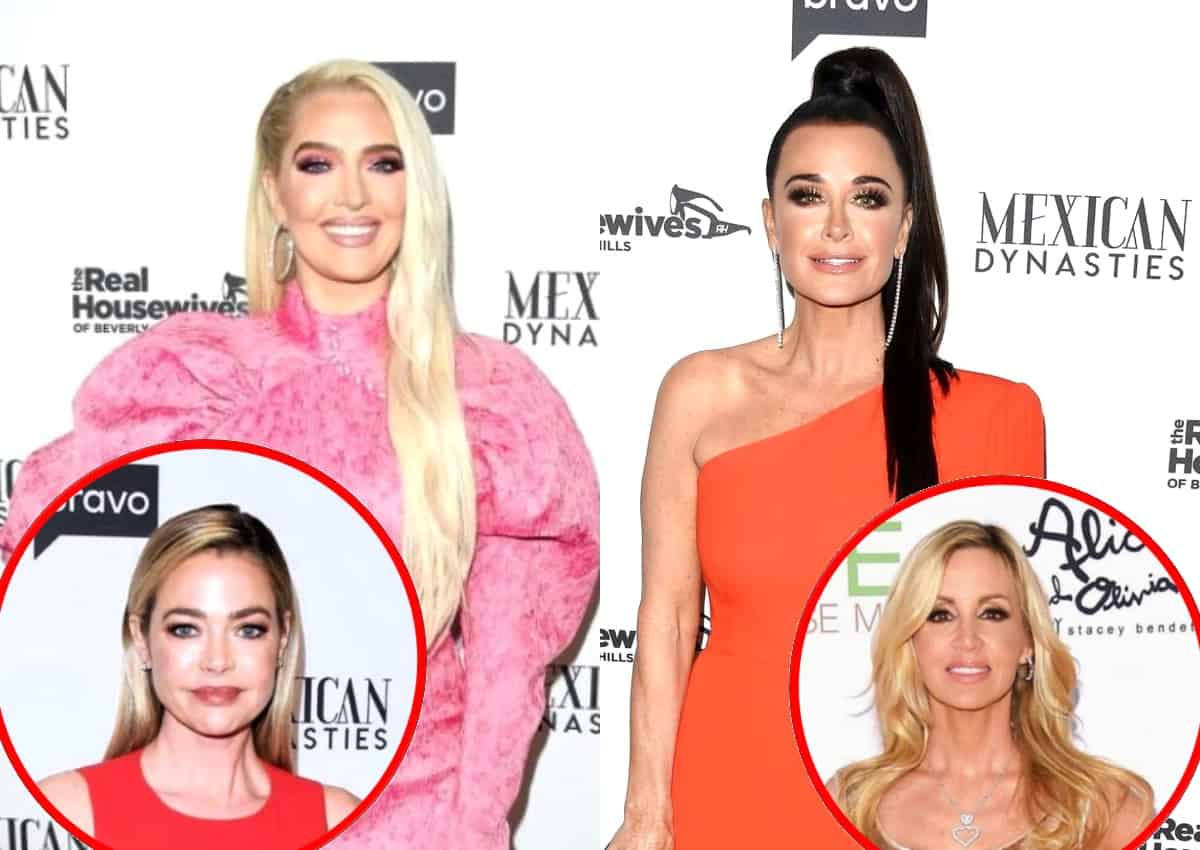 Erika Jayne recently addressed Kyle Richards‘ past comment regarding her having “no close friends.”

After being asked by host Andy Cohen how she felt about the diss, the Real Housewives of Beverly Hills cast member revealed whether or not she felt that Camille Grammer‘s apology to Kyle on the latest episode of season 10 was genuine before admitting that Denise Richards did a “180” after season nine.

“We’re fine. Listen. First off, Kyle knows she is one of my close friends so I don’t know what the f**k she was talking about. But yeah, we’re past that,” Erika confirmed on the After Show of Watch What Happens Live during an appearance this week.

During Wednesday night’s episode of RHOBH, Kyle was seen confronting Camille about the mean tweets she’s shared about her and her cast mates before Camille attempted to defend herself by suggesting she lashed out because she felt she was being attacked. Camille then offered an apology to Kyle, who suggested she was two-faced for her many mean comments towards the ladies.

Although Kyle and Camille seemed to leave off in a good place, Erika seemed to be suspicious of Camille’s apology and when asked if it was genuine, she began to stutter.

Erika then said that her other co-star, Dorit Kemsley, had a right to give Camille the cold shoulder at Kyle’s party due to the allegations she made against her husband, Paul “PK” Kemsley, during season nine.

“Well, Dorit was very hurt by what Camille said last year. So, I understand,” Erika shared.

Erika also discussed the way in which Denise changed after filming last year’s ninth season of RHOBH after being asked if she agreed with Lisa Rinna in her claims regarding Denise’s possible attempt at changing how she comes across on the series.

“It’s definitely a different Denise this season than last season. Last season it was ‘happy endings’ and ‘I’m chill.’ And this year it’s ‘Don’t talk’ and ‘I’m offended.’ So, it’s kind of a 180,” Erika admitted.