Home Real Housewives of Beverly Hills News Lisa Rinna Explains What Made Her “Mad” About RHOBH Reunion, Suggests Brandi Was Cut From Taping at the Last Minute and Says Her Absence Made “No Sense”

Lisa Rinna Explains What Made Her “Mad” About RHOBH Reunion, Suggests Brandi Was Cut From Taping at the Last Minute and Says Her Absence Made “No Sense” 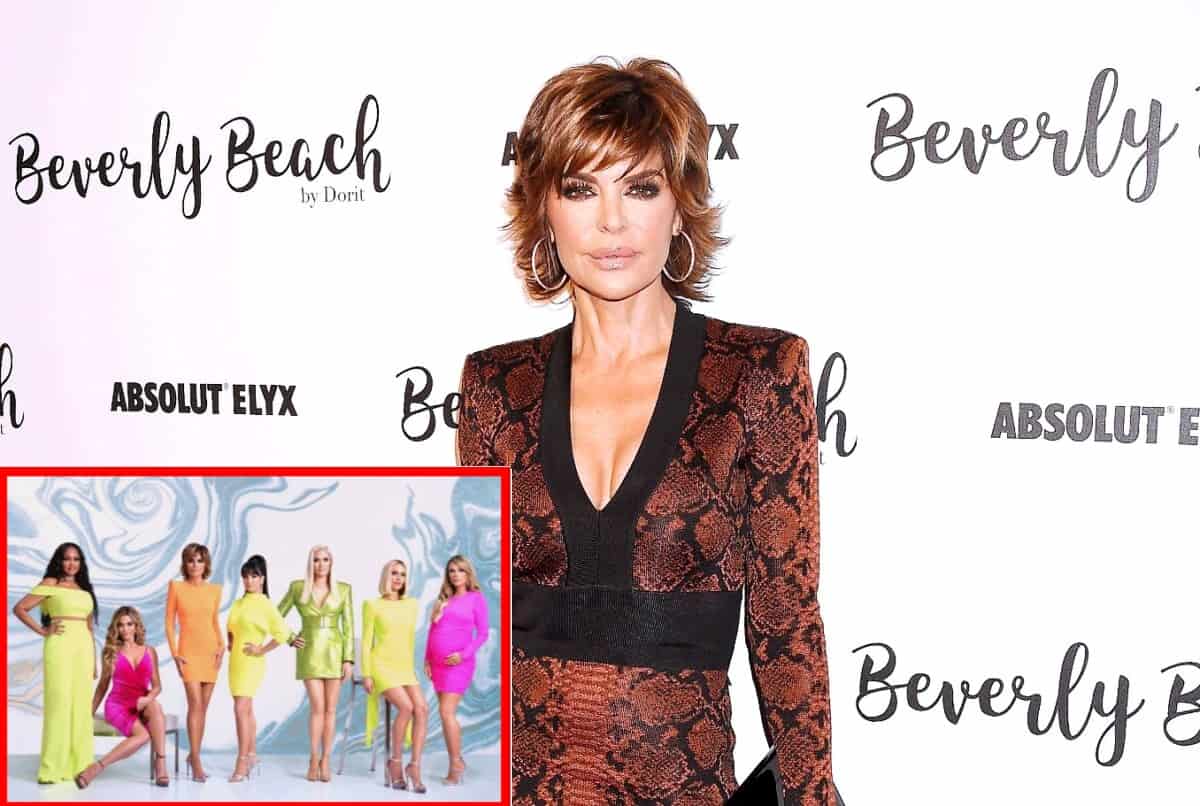 Lisa Rinna is explaining the real reason she slammed the Real Housewives of Beverly Hills reunion taping as “bulls**t” after filming the virtual special earlier this month.

In a message to her fans and followers on her Instagram Stories on Thursday night, Lisa revealed what made her “mad” before suggesting that Brandi Glanville was actually expected to appear alongside them until the last minute and sharing why she feels that Brandi’s absence didn’t make sense.

“If I have to hear one more person say why they think I was mad about the reunion… here let me tell you myself. I was mad because at the 11th hour they decided to not have Brandi come tell her side of the story,” Lisa began.

According to Lisa, she believes Brandi should have been included in the RHOBH taping so she could speak her piece about the ongoing rumors surrounding her supposed affair with castmate Denise Richards and her claims regarding the things Denise allegedly said about their co-stars.

“Isn’t that what the reunion is for?” Lisa wondered. “That made and makes no sense to me. There you go. Ok let’s move on now. Thanks.” 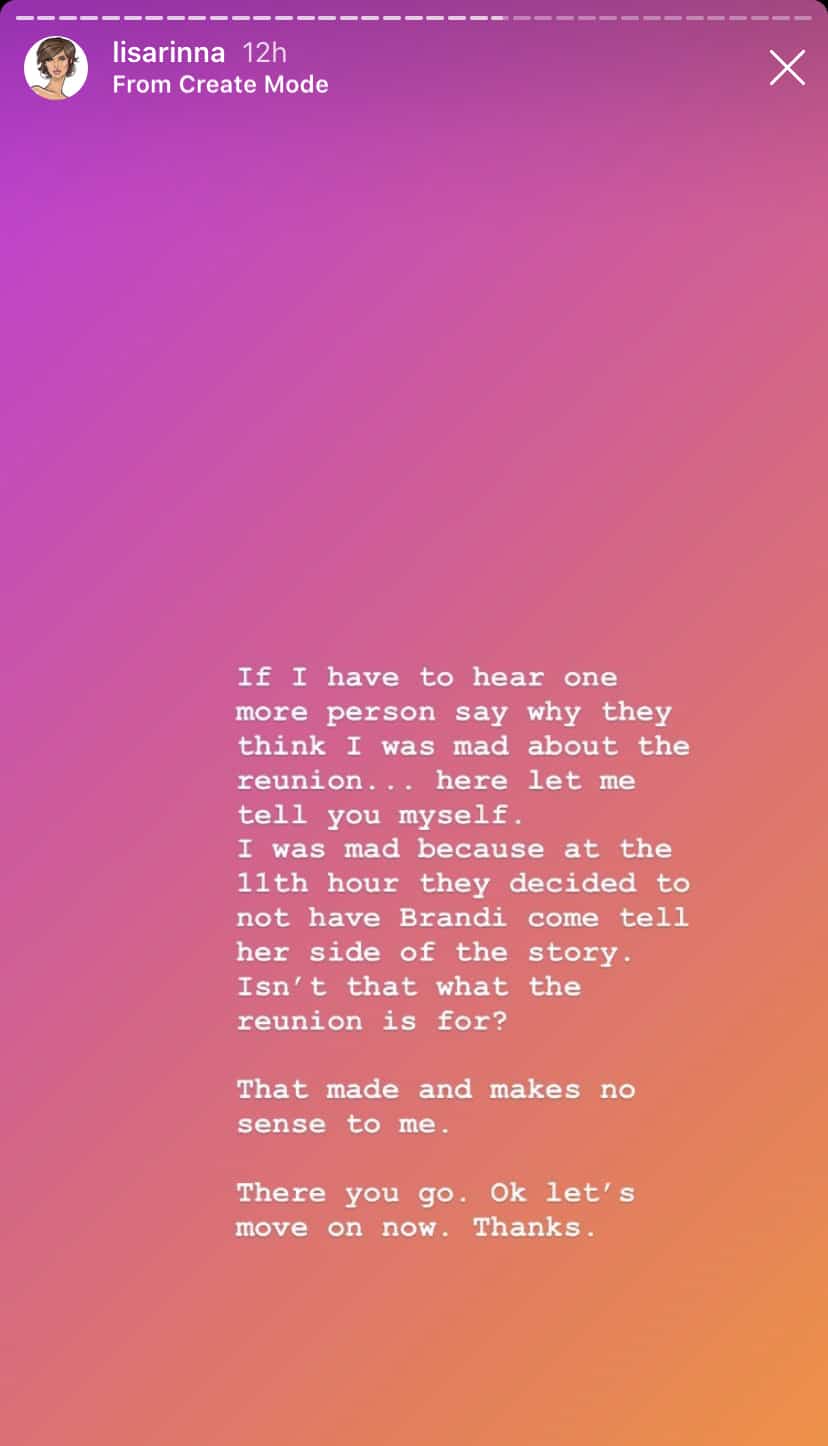 “[Lisa Rinna] said it was bullsh*t. She was really upset that Brandi was not there and I was not. We decided… We were going back and forth about whether she should come. Spoke to Brandi about it and I think when you see the finale, you will see… I don’t want to give too much away… but the bottom line is we will all hear from Brandi,” Andy confirmed. “But yeah, [Lisa] was upset about it.”

Garcelle Beauvais also commented on Lisa’s claim regarding the reunion.

“She’s entitled to her opinion is all I’ll say,” Garcelle stated. “As the season developed, you sort of see how people are or their stance on a certain thing, and for me, the reunion was the straw that broke the camel’s back.”