Home Vanderpump Rules Tom Schwartz Reveals the Hardest Scene of Vanderpump Rules and Says He’s “Doing Some Work” to Repair Jax and Tom Sandoval’s Friendship, Plus He States He and Katie Are “Flourishing” in Marriage Amid Pandemic

Tom Schwartz Reveals the Hardest Scene of Vanderpump Rules and Says He’s “Doing Some Work” to Repair Jax and Tom Sandoval’s Friendship, Plus He States He and Katie Are “Flourishing” in Marriage Amid Pandemic 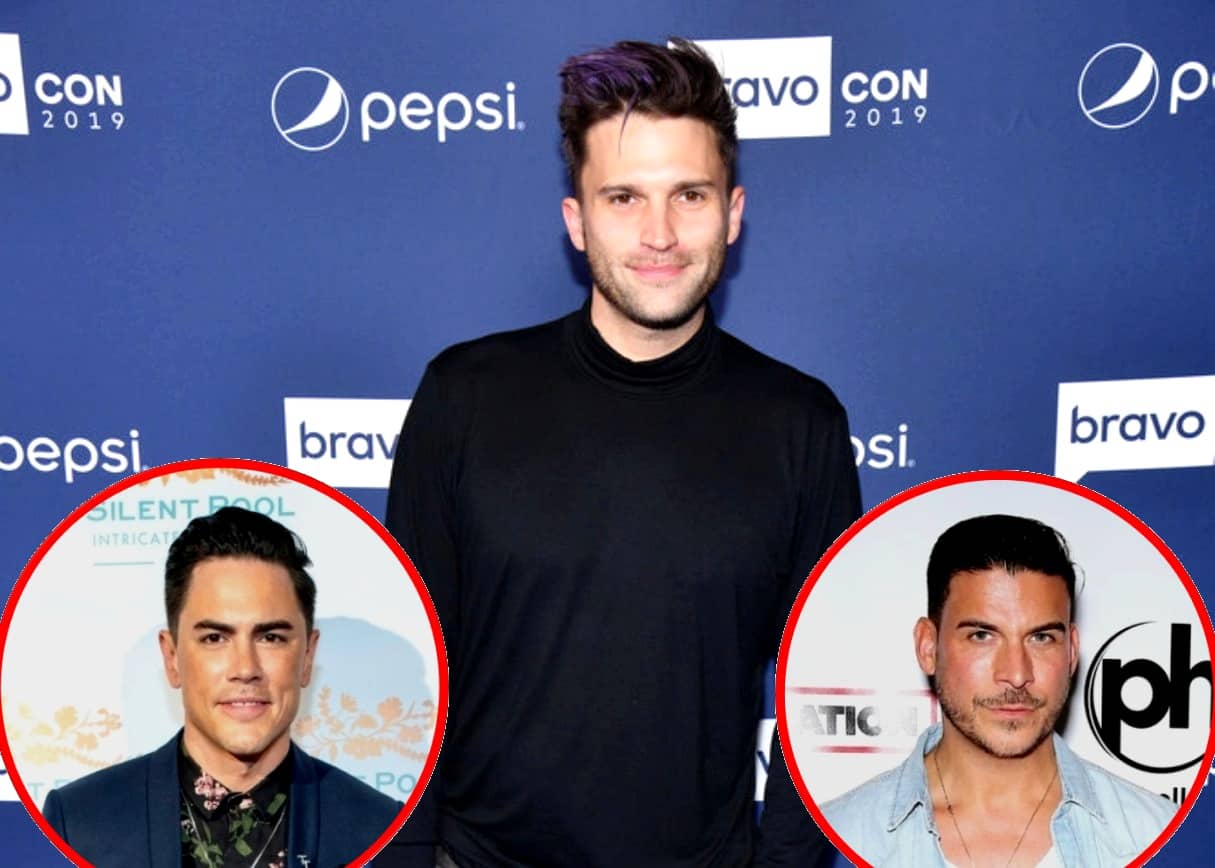 Tom Schwartz is speaking out about his time on Vanderpump Rules and his relationships with his co-stars.

As the cast awaits the potential start date of production on season nine, Schwartz appeared on Lala Kent and Randall Emmett‘s podcast, where he shared his hardest scene of the show, revealed that he is trying to mend Jax Taylor and Tom Sandoval‘s broken relationship, and admitted that he and Katie Maloney are “flourishing” in the bedroom amid quarantine.

“One that stands out would be when I had to confess to Katie that I had been unfaithful, that I had cheated on her, that I made out with some stranger,” Schwartz recalled of his worst moment on Give Them Lala… With Randall. “That was one of the most gut-wrenching, awful… and I had to do it twice. I was kind of a make-out sl*t for a while… and we had a rocky relationship in the beginning.”

In addition to the challenging moments he endured with Katie on Pump Rules, Schwartz also went through hard times with two of his closest friends, Jax and Sandoval, who endured a massive falling out during season eight.

“I love those guys and to see them where they are now, barely talking or acknowledging each other’s existence, it hurts,” he continued. “I feel like a child of divorce.”

According to Schwartz, he’s optimistic that Jax and Sandoval will reconcile but fears their relationship will never be what it was.

“I’ve been doing some work but it’s going to take a while,” he added.

As for his relationship with wife Katie, who he wed for the second time in July of last year, Schwartz said the two of them have been doing great as they remain in quarantine at their $1.9 million home in Los Angeles.

“It hasn’t been romantic in a traditional sense but I think we’ve been flourishing sexually and in terms of being happy together,” he gushed.