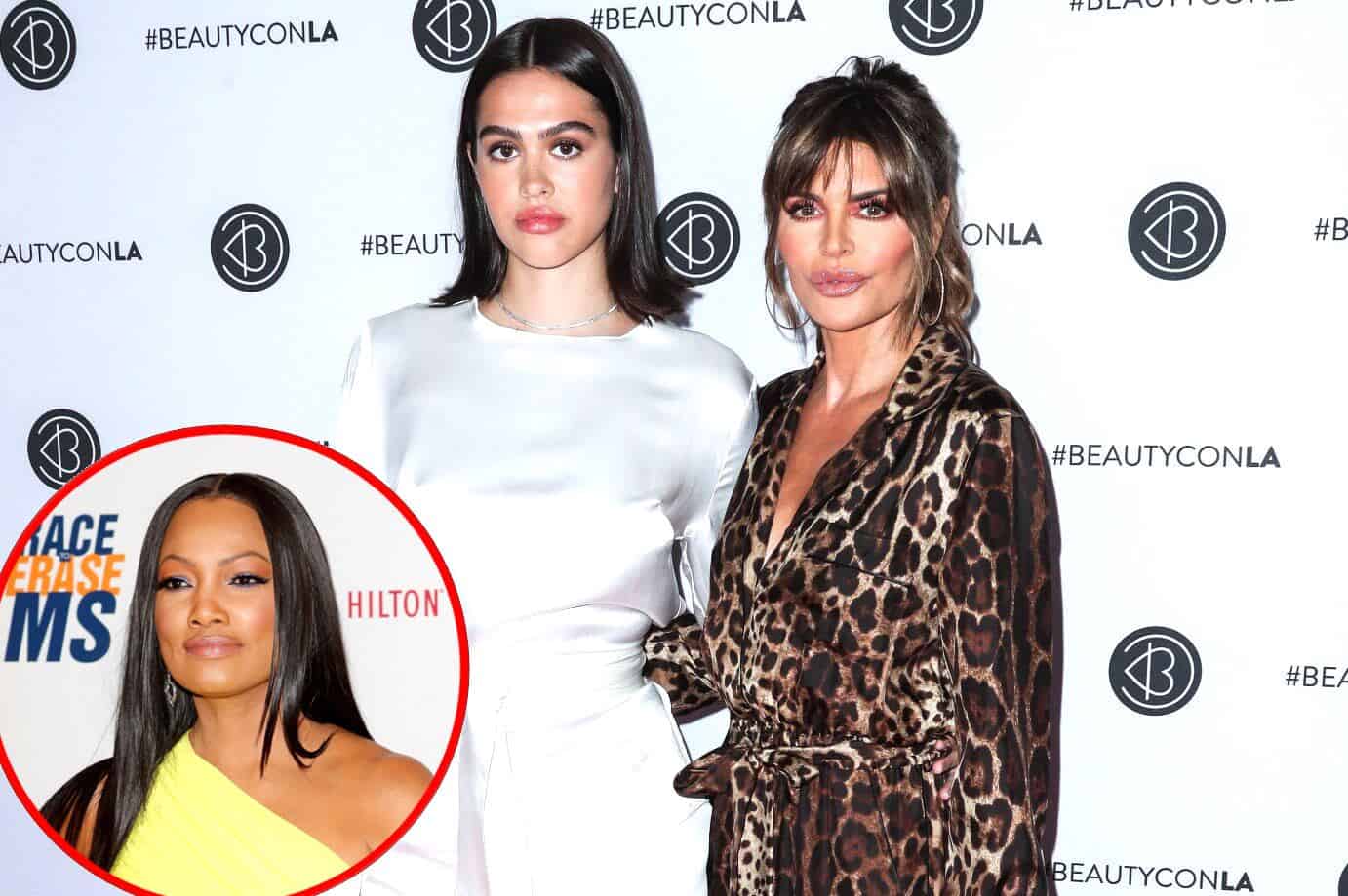 Lisa Rinna and her daughter, Amelia Hamlin, were seen discussing the comments Garcelle Beauvais made about the teen’s past struggles with an eating disorder on the August 19 episode of The Real Housewives of Beverly Hills. But unfortunately, the conversation was overshadowed by a seemingly controversial set of photos that have since made their rounds on social media.

Following the episode, a fan shared a set of screenshots of Amelia that were taken during the show, one of which featured the teenager in a black Balenciaga hat and another of which featured her wearing a completely different hat in the same scene with her mom.

“Viewers of last nights RHOBH episode have caught Bravo re-filming a scene between Lisa Rinna and her daughter, Amelia Hamlin,” the Real Housewives Franchise on Instagram alleged to their fans and followers on August 20.

After seeing proof of the staged scene, a number of people weighed in on the many takes in the comments section of the fan page’s post.

“Anybody with a brain can tell that scene was staged even without looking at the hats,” one man said.

Another suspected that the scene had been set up by Lisa in an effort to “save her reputation” after being accused by Garcelle of negatively impacting her child with her racy dancing videos on Instagram.

“It was obvious it was scripted! Mom told her what to say,” wrote a third fan. 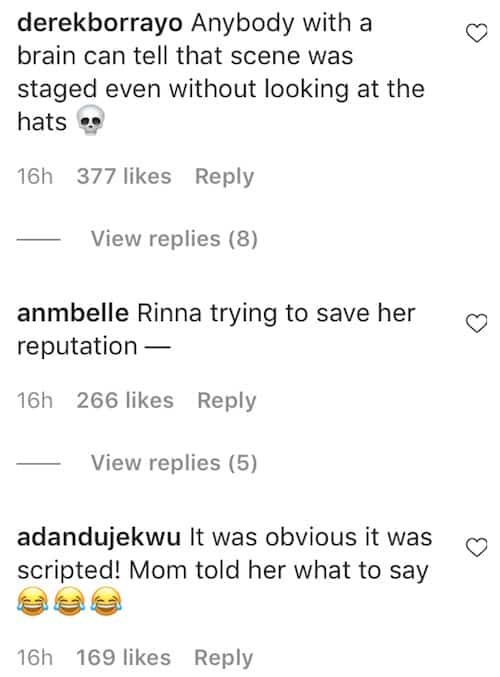 Another couple of fans also reacted to the shady edits.

“The receipts have been [shown],” one person noted.

“It was so obvious!! Terrible acting!” added another. 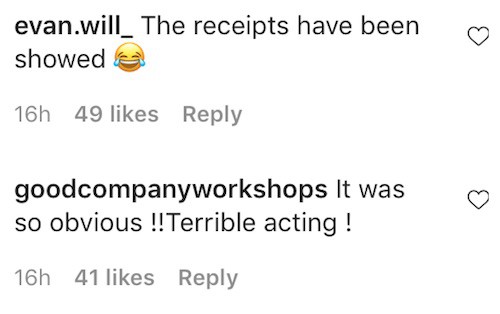 While it can’t be denied that Amelia was wearing two different hats in the scene, there were not multiple takes involved. Instead, Amelia simply changed her hat mid-scene.

In response to this article, a source close to production confirmed to Reality Blurb that the allegedly mashed up scene was actually nothing more than a simple hat switch.

After Garcelle suggested that Amelia’s eating disorder had been fueled by Lisa, Lisa shot down the idea during a cast trip in Rome before she and Amelia both called Garcelle out on their social media pages, with Amelia accusing Garcelle of body-shaming her by suggesting she was intimidated by her mother’s physique.

This development also comes just weeks after Amelia stated her mom was ‘forcing’ her to film the RHOBH, saying it was the “last thing” she wanted to do. She did take back her comments shortly after and praised Lisa for being a good mother to her.