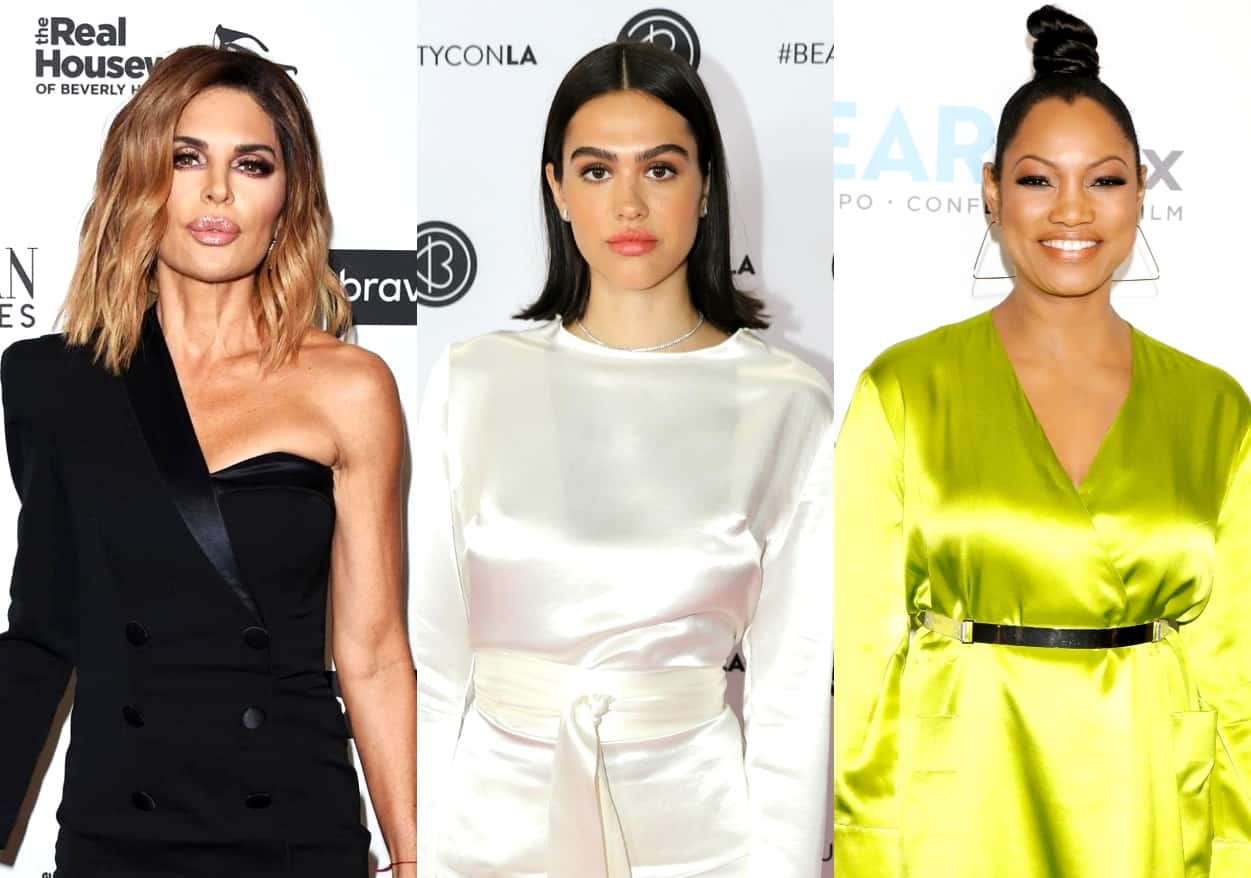 Lisa Rinna’s daughter Amelia Hamlin is addressing the comments Garcelle Beauvais made regarding her eating disorder as Lisa is also speaking out and making it clear she doesn’t believe that her sometimes-racy Instagram videos have had a negative impact on her daughter.

One day after Garcelle was seen confronting Lisa on the August 12 episode of The Real Housewives of Beverly Hills about her concerns for the teenager, who went public with an anorexia battle in 2018, Lisa posted a video of her daughter “thriving” as she danced with tambourines as Amelia weighed in on the drama in the comments section of her post.

After Lisa shared the video, Amelia shared her thoughts about Garcelle’s comments against her and her mother.

“My question is why would your dancing videos make me ‘feel bad’????” Amelia wondered. “Who was she trying to body shame?? Am I fat? Why would that make me sad?????”

According to Amelia, she believes Garcelle was body shaming when she suggested her very fit parent shouldn’t be sharing videos of herself dancing nearly naked because it could make her more critical of her own physique.

“Body shaming is real. And not okay,” Amelia said. “You can call my mom too skinny or me too skinny but if we called you too big???? Hunny it’s the same thing.”

Following Garcelle’s diss on RHOBH, Lisa took to her Instagram Stories to fight back against her castmate by sharing a couple of messages posted by viewers of the series.

Another person suggested that the only person hurt by Garcelle’s statement was Amelia.

“If Garcelle wants to take a dig [at] Rinna it’s fair game. But using the eating disorder to make the dig was a low blow,” they said. “[In my opinion] it’s so brave of Amelia to be public [about] her anxiety and other mental health struggles [at] that age.”

Lisa Vanderpump Explains the "Lack of Diversity" on Vanderpump Rules and Reacts to the Possibility o...
RHOBH Alum Lisa Vanderpump Discusses Kyle Richards Reaching Out to Her and Admits a Reconciliation I...
Teddi Mellencamp Gives Update on Her Kids' Friendships With Dorit's Children Amid Their Feud, Addres...
In this article:Lisa Rinna, Amelia Hamlin, Real Housewives of Beverly Hills, RHOBH, Amelia Gray Hamlin, Garcelle Beauvais