RHOBH’s Lisa Rinna Shades Garcelle With Dancing Video, Says it “May Cause an Eating Disorder” in Deleted Post, Jokes That Her Kids Are “Thriving” After She ‘Screwed Them Up’ 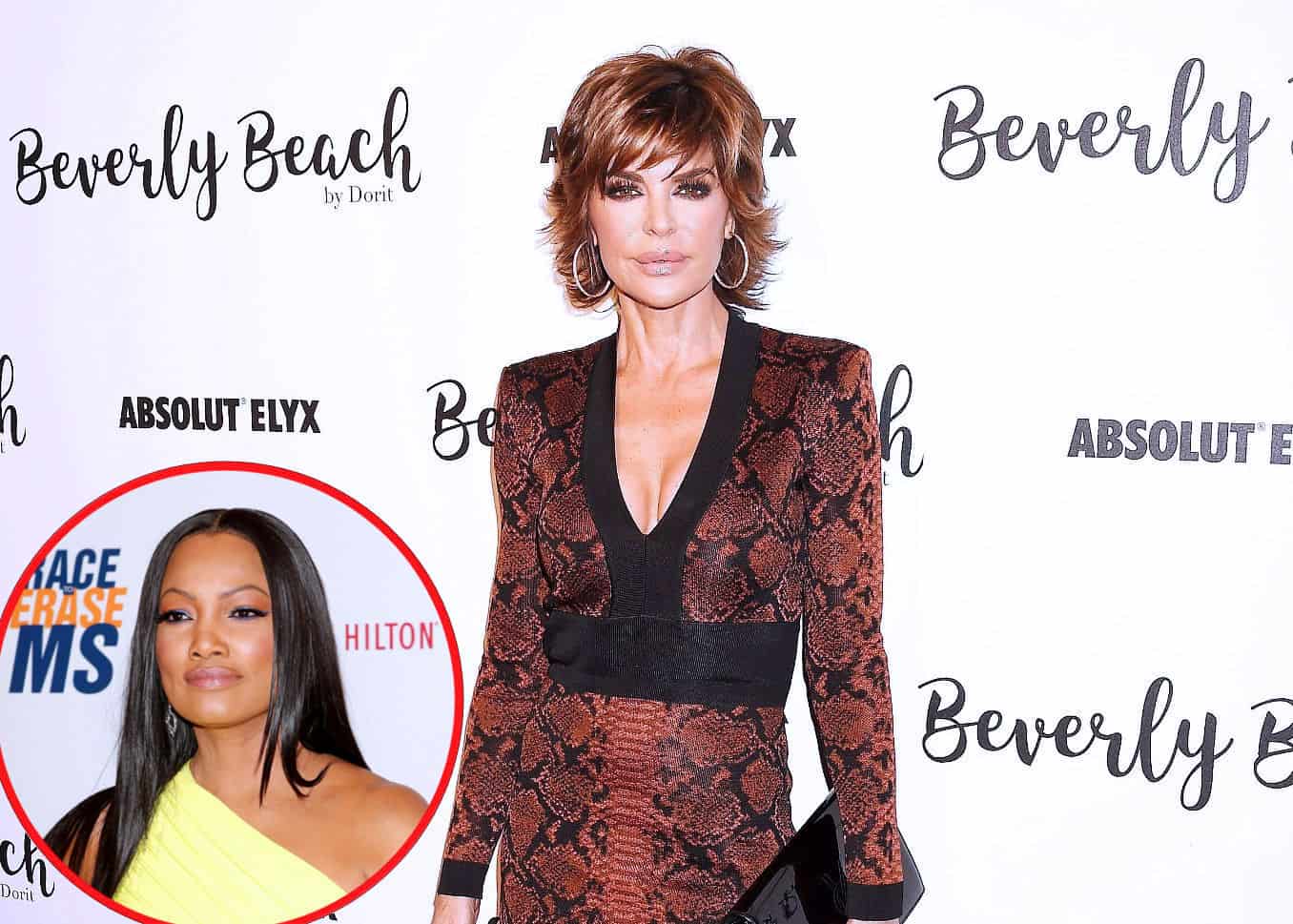 Lisa Rinna is continuing to go after Garcelle Beauvais over the comment Garcelle made on The Real Housewives of Beverly Hills about her Instagram dancing and the way it could potentially impact her daughter, Amelia Hamlin, who has battled an eating disorder in recent years.

Days after Lisa first clapped back at Garcelle by slamming her statements as “nasty” and accusing her of “mom-shaming,” she shared a video of herself dancing in her Skims shapewear with a majorly shady caption. Then, she took to her Instagram Stories with a joke about “f*cking up” her kids as she was accused of being “petty.”

“Caution: Trigger Warning!!! Dancing in my underwear may cause an eating disorder! Proceed with CAUTION HENNY. I do love my [Skims],” Lisa wrote in the caption of her since-deleted post.

Although the post was ultimately deleted in full, it wasn’t erased from Lisa’s account before she first edited the phrase “eating disorder” out of the post.

“Caution: Trigger Warning!!! Dancing in my underwear may cause… Proceed with CAUTION HENNY. I do love my [Skims],” Lisa wrote in her edited caption. 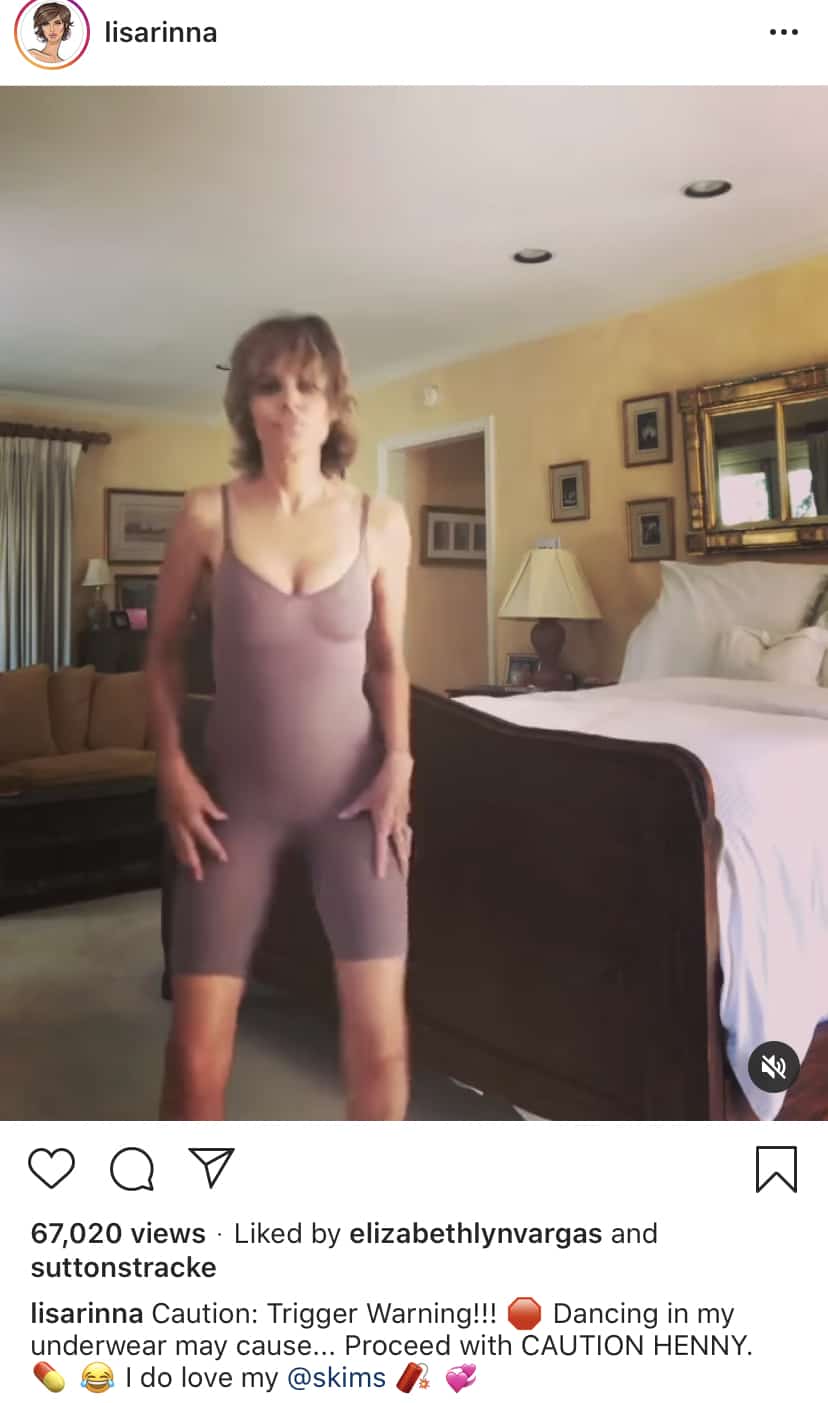 Lisa also shared a message on her Instagram Stories about her children, including her older daughter, Delilah Hamlin. She joked that the two girls were “thriving even after I f*cked them up.”

Following Lisa’s posts, she was faced with a couple of messages from fans who labeled her as “shady” and “petty.”

“Lisa you’re so shady I love it,” one person said. 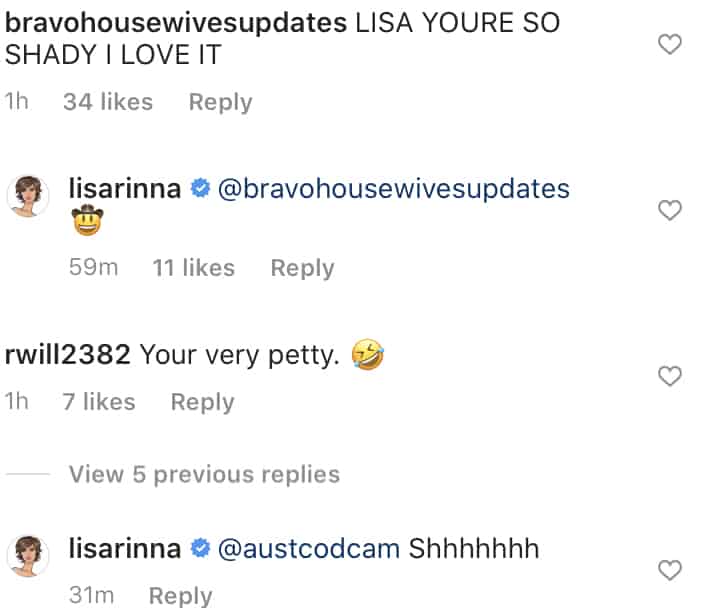 After being confronted on Twitter about the “horrible” comment she had made in regard to Lisa and Amelia, Garcelle didn’t seem to have any regrets and confirmed that she didn’t only slam Lisa behind her back.

“Horrible comment about [Lisa Rinna]. And her daughter. Say it to their face,” a fan stated.

“I did,” Garcelle replied.

Amid their drama, Lisa shared a series of warnings, seemingly aimed at Garcelle, on her Instagram Stories.

“I pray for all of the Moms on our show who have kids who will someday soon be teenagers on the show,” one of her messages read.

“You’re crying about your s**t being put out there wait until they go after your kids,” a second revealed. “Don’t say I didn’t warn you.”