Vanderpump Rules’ Katie Maloney and Tom Schwartz Talk Baby Plans, Give Update on Jax and Sandoval’s Feud, Plus They Discuss Stassi and Kristen’s Firings and TomTom 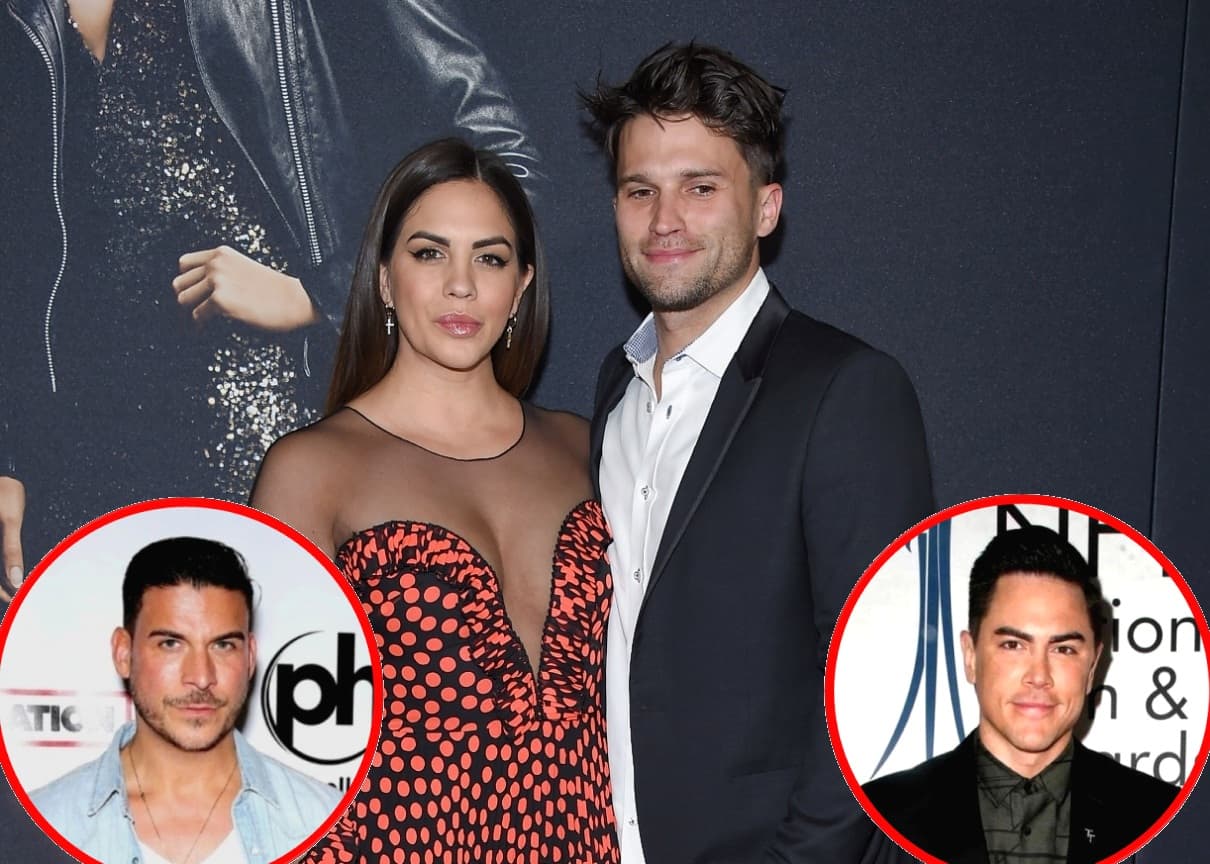 Katie Maloney welcomed her husband, Tom Schwartz, to her podcast on Friday, August 28, and during their chat, the Vanderpump Rules couple looked back on the earlier moments of their relationship before addressing a number of hot topics related to their show and sharing their plans for kids.

After looking back on their on-screen drama, Katie addressed the firings of Stassi Schroeder and Kristen Doute as Schwartz weighed in on Jax Taylor and Tom Sandoval‘s feud and offered an update on the currently closed TomTom.

While the couple endured a number of rocky moments on the show, reality television ultimately proved to be a good thing for them.

“It was really rough early on. We went through a lot,” Schwartz confessed on Dear Media’s You’re Gonna Love Me. “You had a lot of anger management issues and you were very emotionally volatile. So I had bottled up a lot of resentment over the first few years in our relationship. I never fell out of love with you, but there was times where it got stretched really thin.”

“It really forces you to take that a deep look into yourself and what’s going on and be accountable for change,” Katie explained.

Looking to the future, Katie and Schwartz confirmed they are in talks to start a family together and now that Stassi has announced that she and Beau Clark are expecting their first child, fans are hoping Katie and Schwartz will be next to confirm a pregnancy.

“We talked about it, but I’m still kind of living in the present. Like we’ll have a baby when the time is right,” Schwartz shared, making it clear that he was not feeling any pressure.

Meanwhile, Katie reminded her spouse that they’re “not getting any younger.”

“We’re going to have a baby,” she confirmed. “I got the app and right now, tonight is not [the night]. But we can practice.”

Although the Pump Rules cast has not yet heard anything in regard to the potentially upcoming ninth season of the show, a number of members of the series have been spending time together in recent months. Unfortunately, when it comes to Jax and Sandoval, they have remained estranged.

“There’s zero communication between [Sandoval] and Jax, but they did say, ‘Happy Birthday’ to each other. So I feel like that was a big step forward,” Schwartz revealed. “[But] they’re not in a great place right now. I’ve been hanging out with both of them a lot and I love them differently, but equally. We’ll sometimes broach the subject over cocktails, sensitively and with discretion. I’ll be very careful with what I say. Because I don’t like to ruffle feathers but it makes me sad.”

“They’re not in a great place, but then again, them not being friends is not that big of a deal,” he continued. “Maybe they’ve grown apart and it is what it is.”

According to Katie, she believes Jax and Sandoval’s feud is similar to what she and Stassi went through with Kristen last year.

“I was just in this position,” she said. “I think it’s just stubbornness.”

“It is a little bit of [stubbornness], but also they’re hyper-focused on their own careers and love lives right now,” Schwartz replied. “So it’s not a big priority. I am optimistic that they will rekindle that friendship at some point. It’s never taken this long before, so that does scare me a little bit, but I feel like if they were to both be here hanging out right now, [it] wouldn’t be terribly awkward.”

As for Stassi and Kristen’s firings, Katie said that after learning her former best friend would not be returning to Pump Rules, she and Stassi quickly reconciled with her and rallied around one another for support.

“Stassi and Kristen just got fired or it was announced that they weren’t returning,” Kate shared, noting that the ladies’ exits served as an “icebreaker” for her and Kristen.

“The last year had been really rough on our friendship. We weren’t talking [and] I was pretty certain that we weren’t ever going to get back to being friends,” Katie admitted. “And then when all this sh*t went down, everything became petty to me and I just saw my friend who has been like a sister to me for 10 years struggling and hurting and just wanted to be there for her.”

Also during his appearance on Katie’s podcast, Schwartz said that while TomTom is “closed indefinitely,” he’s staying positive that they’ll be back in action soon.

“[I’m] always optimistic,” he confirmed. “I know basically all the restaurants have converted parking lots into outdoor dining or built on decks, but TomTom is very sandwiched in. But hopefully [we’ll reopen] soon.”